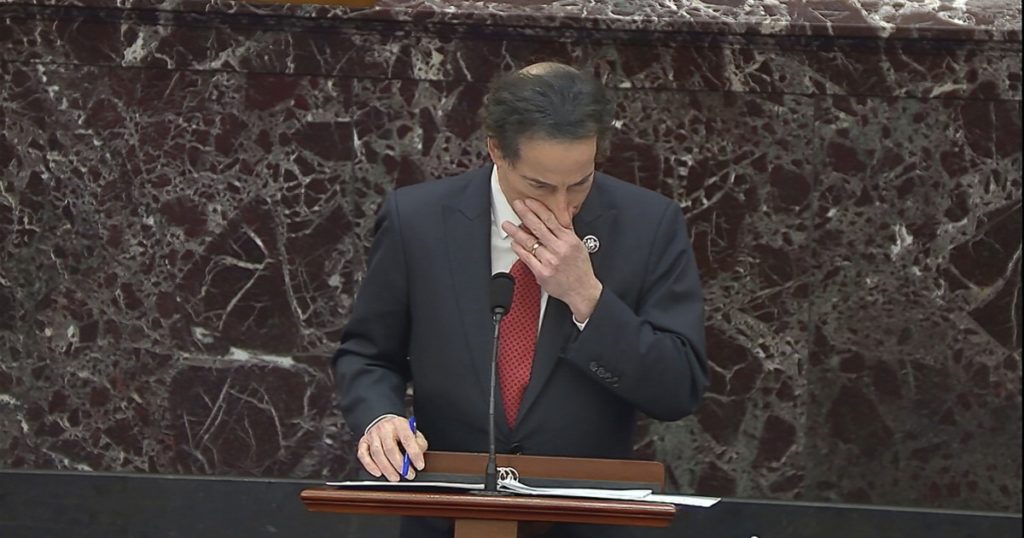 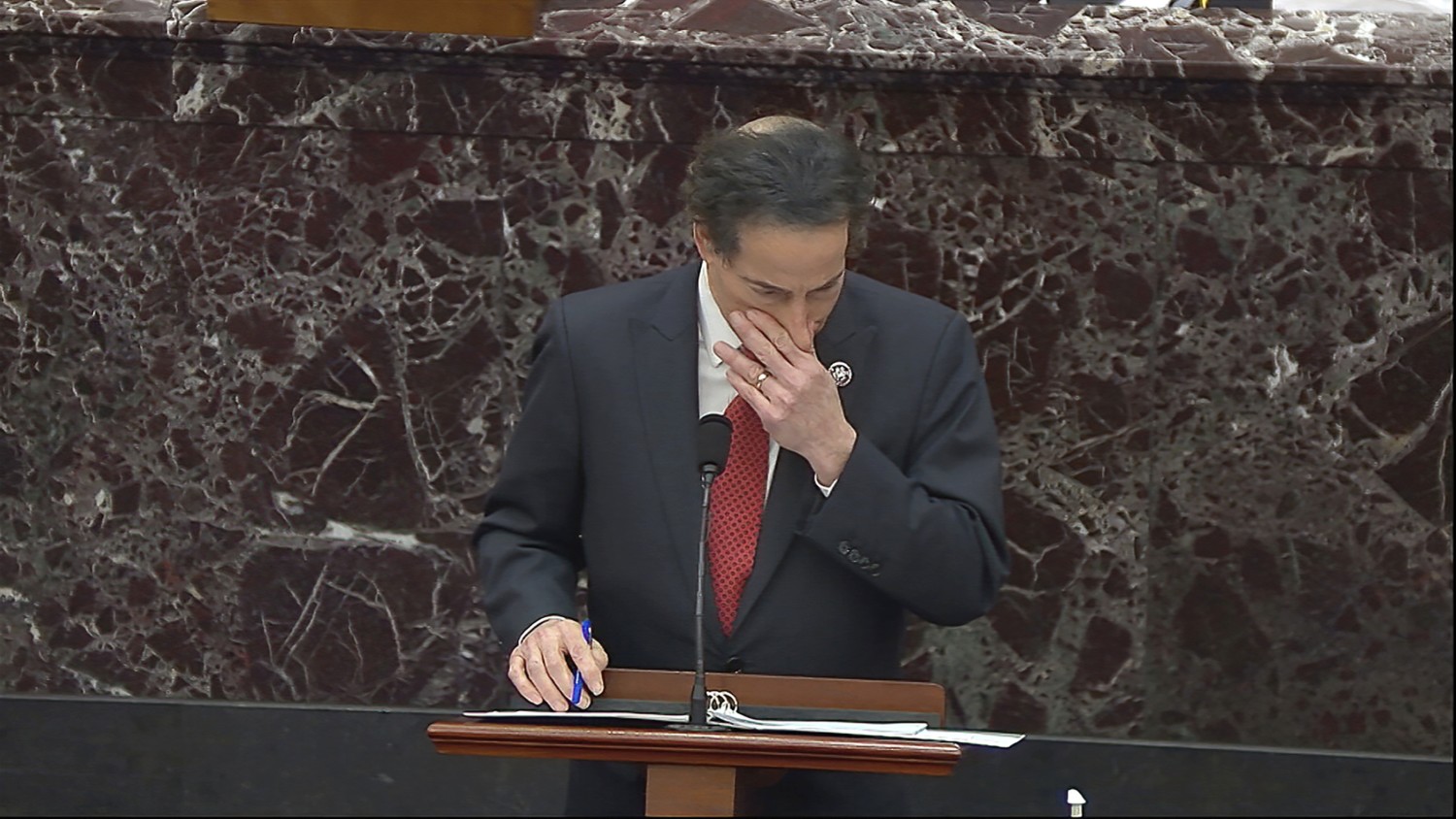 He recalled that on that day, he took his daughter Tabitha and son-in-law with him to the Capitol to see democracy in action: the electoral college certification of the Nov. 3 election of President Biden.

It was the day after the family buried Raskin’s middle child, his only son, who committed suicide after struggling with depression.

Instead of the lesson in civics, however, as Raskin was on the House floor and his family was in his office, pro-Trump mobs stormed the building. He recalled the “haunting” pounding of the chamber doors by what sounded like a battering ram; it was the fists of the enraged and destructive mob.

All around him, he said, lawmakers and staffers were phoning relatives to say goodbye; members of Congress were removing their congressional pins to evade being identified. Raskin said he could not reach his children in his office, who were sending what they believed might be their final text messages and making “whispered phone calls” to bid farewell to their already bereaved family.

“They thought they were going to die,” Raskin said.

Senators sat in rapt attention as Raskin recounted his most searing memories of the day.

His voice wavered when he remembered his son’s burial. But generally he proceeded steadily, until he reported a final exchange with his daughter, who was eventually rescued from the congressman’s office.

“That one hit me the hardest,” he said.