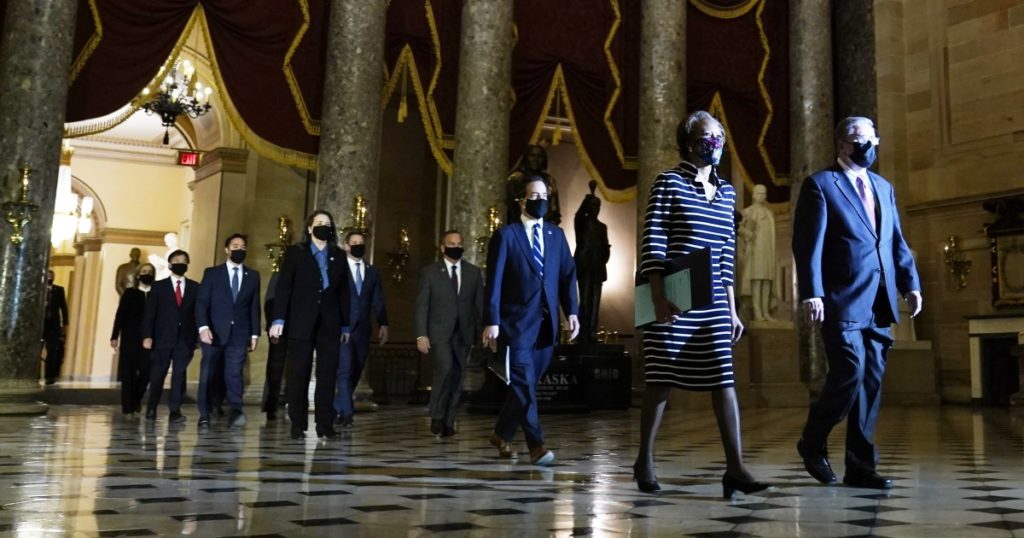 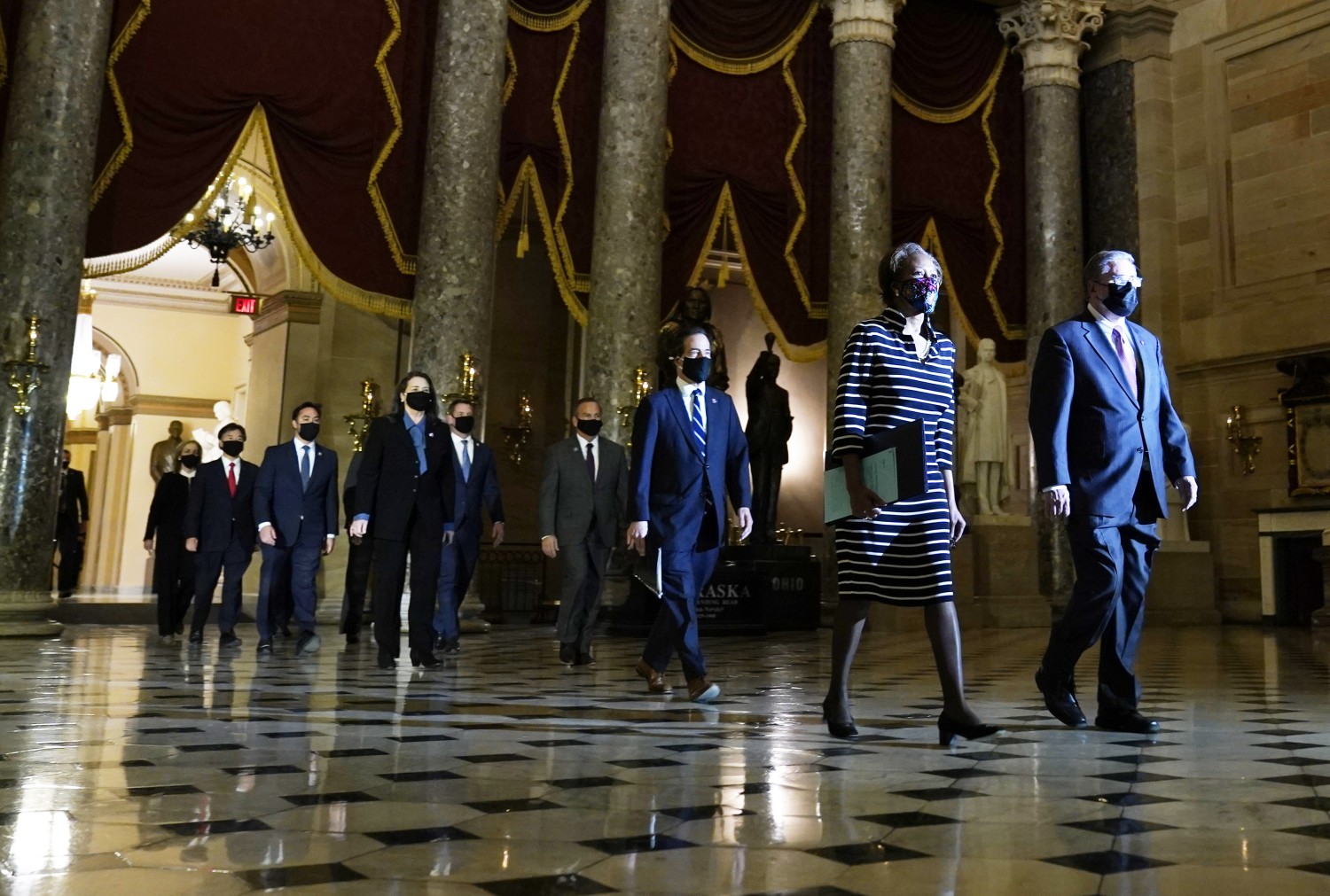 Former President Trump’s impeachment trial will begin Tuesday with a clash over whether the Constitution allows it.

A group of nine House Democrats, acting as impeachment prosecutors presenting the case to the Senate, will argue that the Constitution gives the Senate authority to hold the trial of a former president because he is being tried for crimes allegedly committed while in office.

And, while Trump was impeached by the House shortly before he left office, the prosecutors will go further and argue that the House’s impeachment power also extends to former officials, a potentially wide-ranging precedent.

Trump’s lawyers, Bruce L. Castor, David Schoen and Michael van der Veen, will argue that House managers are wrong and that a trial can only be held when an official is still in office.

Trump was impeached last month for allegedly inciting the Jan. 6 insurrection when a violent mob of his supporters ransacked the U.S. Capitol. The riot left five people dead, including a police officer. After leaving office Jan. 20 following the inauguration of President Biden, Trump becomes the first former president to face an impeachment trial in the Senate.

He is also the only president to be impeached twice, following his 2019 impeachment for allegedly encouraging Ukrainian government officials to interfere in the 2020 election by investigating Biden. He was acquitted on those charges last year by the Senate.

A vote on the question of constitutionality is slated to be held Tuesday evening, but Democrats are expected to win that vote with the help of up to a handful of Republicans who joined them last month in supporting the legality of the proceeding. In a preliminary procedural vote Jan. 26, five Republicans joined Democrats, but 45 GOP senators supported a motion to declare the trial unconstitutional.

Since conviction requires the support of 67 senators, Trump’s chances of second acquittal are strong in a chamber evenly divided at 50 Democrats, including two independents who caucus with them, and 50 Republicans.

After the constitutionality vote, both sides will be given two days each to lay out their arguments, beginning Wednesday with House prosecutors. House Democratic aides said Tuesday that they will play copious video recounting the attack and introduce previously unseen evidence in the case.

Given Democrats’ reluctance to let Biden’s agenda get bogged down by a lengthy proceeding and the near certainty Trump won’t be convicted, the trial may be one of the shortest presidential impeachments in history. There will be four days of oral presentations on the single charge, followed by senators’ questions and the opportunity to call witnesses, a request the House managers may not take up. A final vote on conviction could take place as soon as early next week.

Trump’s lawyers on Tuesday will argue that the trial is merely political theater, and that if the Senate can try Trump now that he is out of office, there is nothing to stop them from pursuing any other former government official accused of wrongdoing who is now a private citizen.

“The framers could have explicitly included a provision allowing for the impeachment of a former president, but they did not,” they wrote in a brief.

Democrats — and many legal experts — argue the opposite. A group of 150 constitutional law experts wrote recently that the Constitution does allow former officials to be tried. As evidence, they point to the Constitution’s allowance that the Senate can bar impeached and convicted officials from further office.

“Disqualification is a consequence that might need to be imposed on prior officeholders as well as current ones,” they wrote. In keeping with that rationale, nothing in the text of the Constitution bars Congress from impeaching, convicting, and disqualifying former officials from holding future office.

There is no question that the House was allowed to impeach Trump because he was still president when it did so. The question Republicans raise now is whether a trial can be held after his term has ended. Many experts say that it can.

“The Senate has authority to try all impeachments,” Michael W. McConnell, a professor at Stanford Law School and a former federal judge appointed by former President George W. Bush, said in an interview.

“The framers intended the impeachment power to reach both current and former officials who engaged in gross abuse of their office,” House managers wrote in a recent brief. “The text and structure of the Constitution that emerged from their debates reflect — in fact, require — that conclusion.”

McConnell disagrees, saying that “only current officeholders” can be impeached.

Other constitutional experts agree and worry that trying Trump may set a dangerous precedent, one that would allow the House to impeach officials long after they have left office. To emphasize that point, some Senate Republicans have raised the prospect that a Republican-controlled House might one day use such a precedent to impeach a popular, former Democratic president, such as former President Obama.

“If the Senate were controlled by Republicans, they could decide that this a broad precedent,” said Rory Little, a constitutional law professor at the UC Hastings College of the Law.