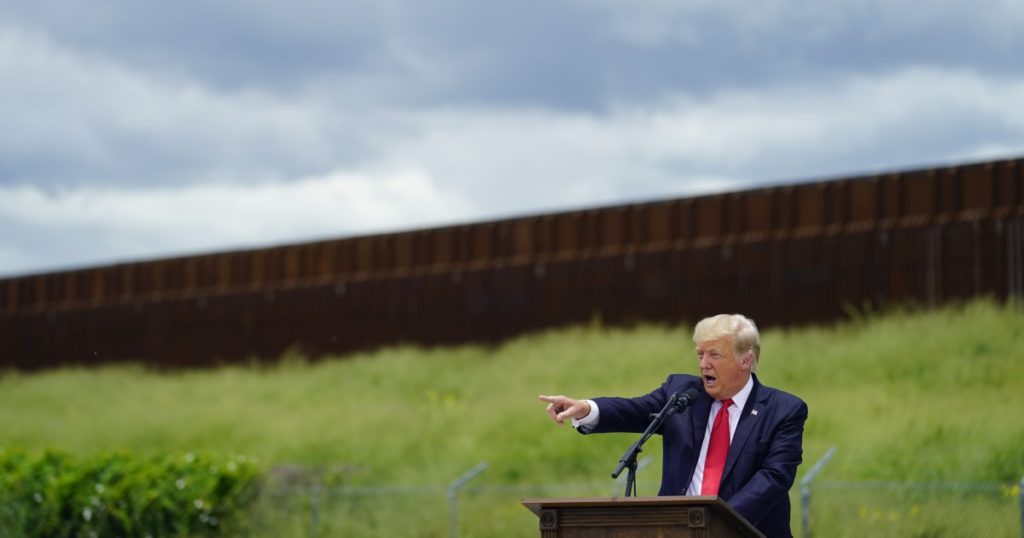 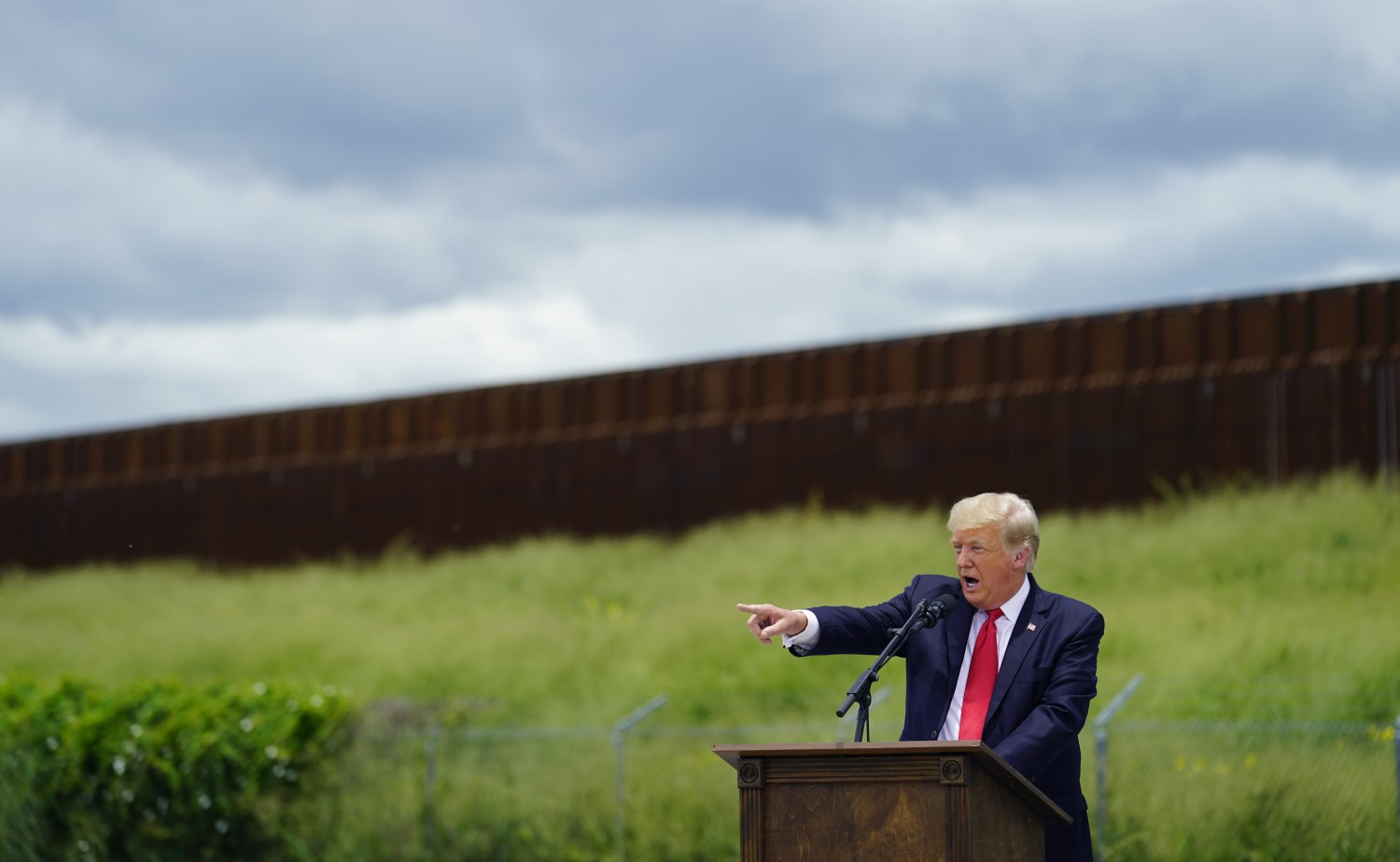 Texas Gov. Greg Abbott met former President Trump in front of an unfinished section of south Texas border fence Wednesday in an attempt to drum up support for his opposition to President Biden’s reversal of Trump’s immigration policies.

“President Biden needs to start right there and finish building the border wall,” Abbott said, greeted with applause from a congressional delegation of more than a dozen Republican lawmakers and former Trump appointees who had come to support them.

Trump noted he’s endorsed Abbott for reelection and approves of his refusal to stand by as Biden dismantles some of his signature border policies, including the wall and “Remain in Mexico.”

“We produced the safest, best border we’ve ever had,” Trump said. “And now, in a very short period of time, it’s over.”

Abbott, who served as Texas attorney general before becoming governor, is up for reelection next year but is also seen as a potential 2024 presidential candidate. He spent much of the first half of the year railing against Biden’s “open-border policies” and criticizing Vice President Kamala Harris for not visiting the hardest-hit areas of the Texas border, including the Rio Grande Valley surrounding Weslaco. When Harris finally visited El Paso last week, Abbott said she was “ignoring the real problem” to the east in Del Rio and the Rio Grande Valley, where migrant apprehensions have spiked.

Border Patrol encountered 180,034 migrants last month at the southern border, 40% of whom had previously crossed and been expelled under a pandemic policy started by Trump and continued by Biden. During the Trump administration, the highest recorded number of monthly apprehensions was about 150,000.

“It’s not just the wall. It’s the consequences of what has occurred because of the lack of a wall,” Abbott said Wednesday. “It is time to make sure we seal this border.”

In May, Abbott declared a “border crisis disaster” in 34 counties to recoup costs he said they faced as a result of increased illegal immigration. This week, facing pushback from border counties, he removed them from the declaration, a move opponents of the declaration said showed it was groundless.

But Abbott’s disaster declaration allowed him to request emergency transfer of $250 million in state funds to begin state construction of the border wall, which he has said will also be paid for with private donations. A crowdfunding website set up by the state received more than $450,000 in donations in a week. Texas lawmakers have estimated that it costs about $26 million to build a mile of wall in some areas of south Texas; the Biden administration put the figure even higher at $46 million per mile.

“We’re doing this because our fellow Texans and our fellow Americans are being threatened every single day,” Abbott said Wednesday of the state wall project. “I’ve talked to people in this region all the way to Del Rio. Their lives and their property and their families are being overrun with the people who are coming across the border.

“The federal government and the Biden administration does not care about it. As a result, Texas has to step up and protect the safety of our fellow Texans,” Abbott said.

More than a dozen Republican members of Congress cheered as Abbott and Trump spoke, including Rep. Darrell Issa (R-Bonsall).

Issa noted that “governors all over the country are rallying with Abbott to say there’s an invasion” of migrants at the border, not including California Gov. Gavin Newsom.

“The difference between the governor in California’s approach and the governor here is worth noting” on immigration, Issa said, adding that he’d like to see Newsom “not spending our tax dollars rewarding people who come here illegally.”

On Wednesday, South Dakota Gov. Kristi Noem’s office said in a statement that she will deploy up to 50 National Guard troops to the southern U.S. border, funded by donations from a Tennessee GOP billionaire, in response to Abbott’s plea for added border security from other states. Noem, a Republican, is a strong Trump supporter.

Issa and other members of Congress attended a security briefing with Abbott, Trump and Texas law enforcement earlier Wednesday that he said reminded him of conditions in San Diego.

“We had a [border] fence much earlier and we have a lot of history of it making San Diego one of the safest cities in America,” Issa said.

Accompanying the delegation was Chad Wolfe, one of Trump’s former acting Homeland Security secretaries, who said he has been advising congressional Republicans on immigration policy.

“What the governor is trying to do is protect people in Texas,” Wolfe said, calling gaps in the border wall like the one Abbott and Trump visited “significant” and faulting the Biden administration for drawing migrants to the border.

“When you reverse policies it’s only going to incentivize people to migrate,” Wolfe said.

He said he was concerned by reports that Biden could soon lift Title 42, a policy the Trump administration announced during the pandemic that in effect bars most migrants from claiming asylum at the border. If Biden ends the policy, Wolfe predicted, Border Patrol holding areas and migrant shelters will again be overwhelmed with migrants coming from countries still struggling with COVID-19.

“Now is the wrong time to lift that,” he said.