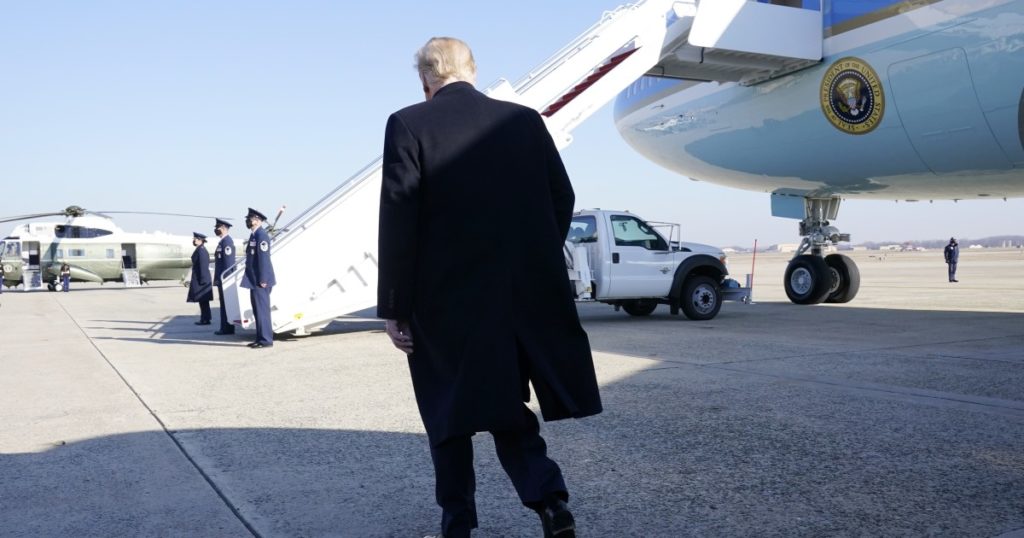 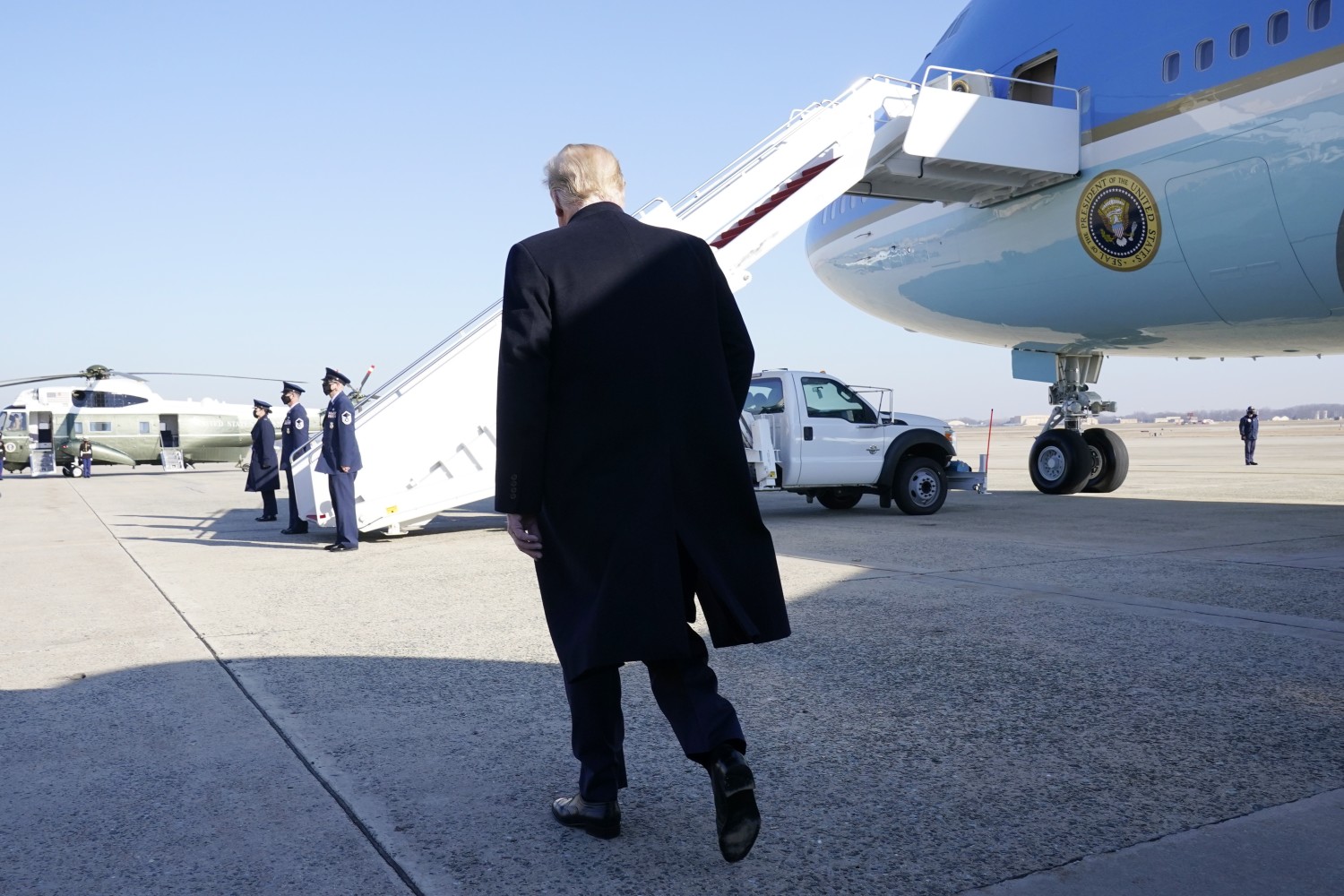 Facing an unprecedented second impeachment, President Trump on Tuesday emerged from the White House for the first time since provoking a mob attack on the U.S. Capitol six days ago and blamed the push to remove him from office for causing “tremendous anger” in the country.

With the Democratic-led House of Representatives planning to impeach Trump as early as Wednesday, he condemned the effort, saying, “It’s really a continuation of the greatest witch hunt in the history of politics. It’s ridiculous. It’s absolutely ridiculous.”

Even before the president’s remarks defending his speech to the crowd and dismissing Congress’ bid to hold him accountable, at least some Republicans were expected to support the effort. His statements will likely anger others. Lawmakers have prepared a single article of impeachment, accusing the president of inciting an insurrection.

Trump has remained out of public view since last week’s violence that resulted in five deaths, releasing only a few prerecorded videos. But after being banned from Twitter, he appeared eager to defend himself, speaking to reporters while leaving the White House and then again minutes later before boarding Air Force One for a trip to Alamo, Texas, along the border with Mexico.

He insisted that “we want no violence” even as Washington braces for more unrest before President-elect Joe Biden’s inauguration Jan. 20. The president has been feeding his supporters a constant stream of misinformation about voter fraud, and law enforcement officials have warned that there could be more clashes. The FBI warned Monday of armed pro-Trump protests planned for all 50 state capitols in coming days.

Trump also argued there was nothing wrong with his speech at a rally outside the White House on Wednesday, when he urged his supporters to march on the Capitol, where the House and the Senate were ceremonially counting the electoral votes to formalize Biden’s victory.

“They’ve analyzed my speech and my words and my final paragraph, my final sentence and everybody just thought it was totally appropriate,” he said.

The president ended his speech last week to the pro-Trump crowd by urging it to march down Pennsylvania Avenue from the area near the White House to the Capitol. “We’re going to try and give our Republicans — the weak ones, because the strong ones don’t need any of our help — we’re going to try and give them the kind of pride and boldness that they need to take back our country,” he said then.