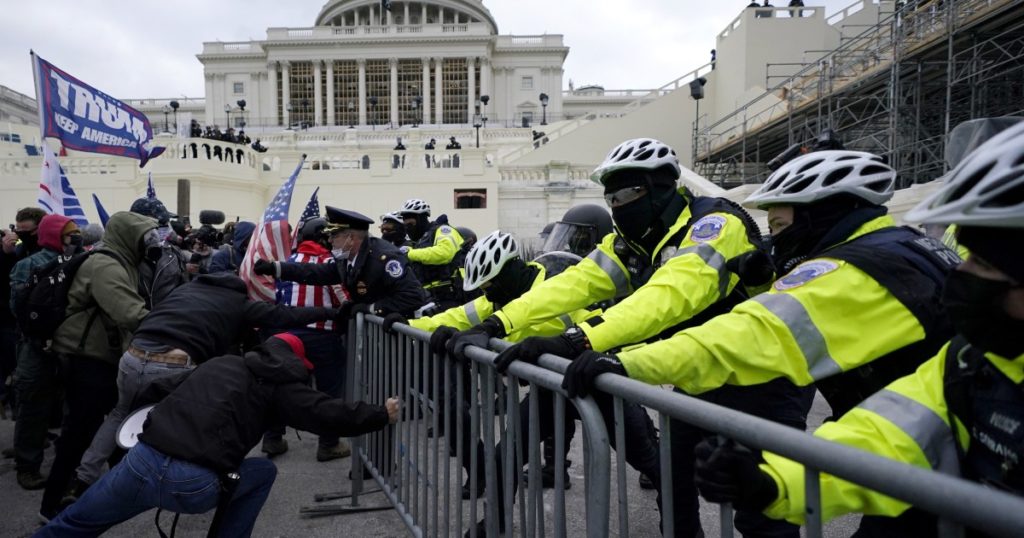 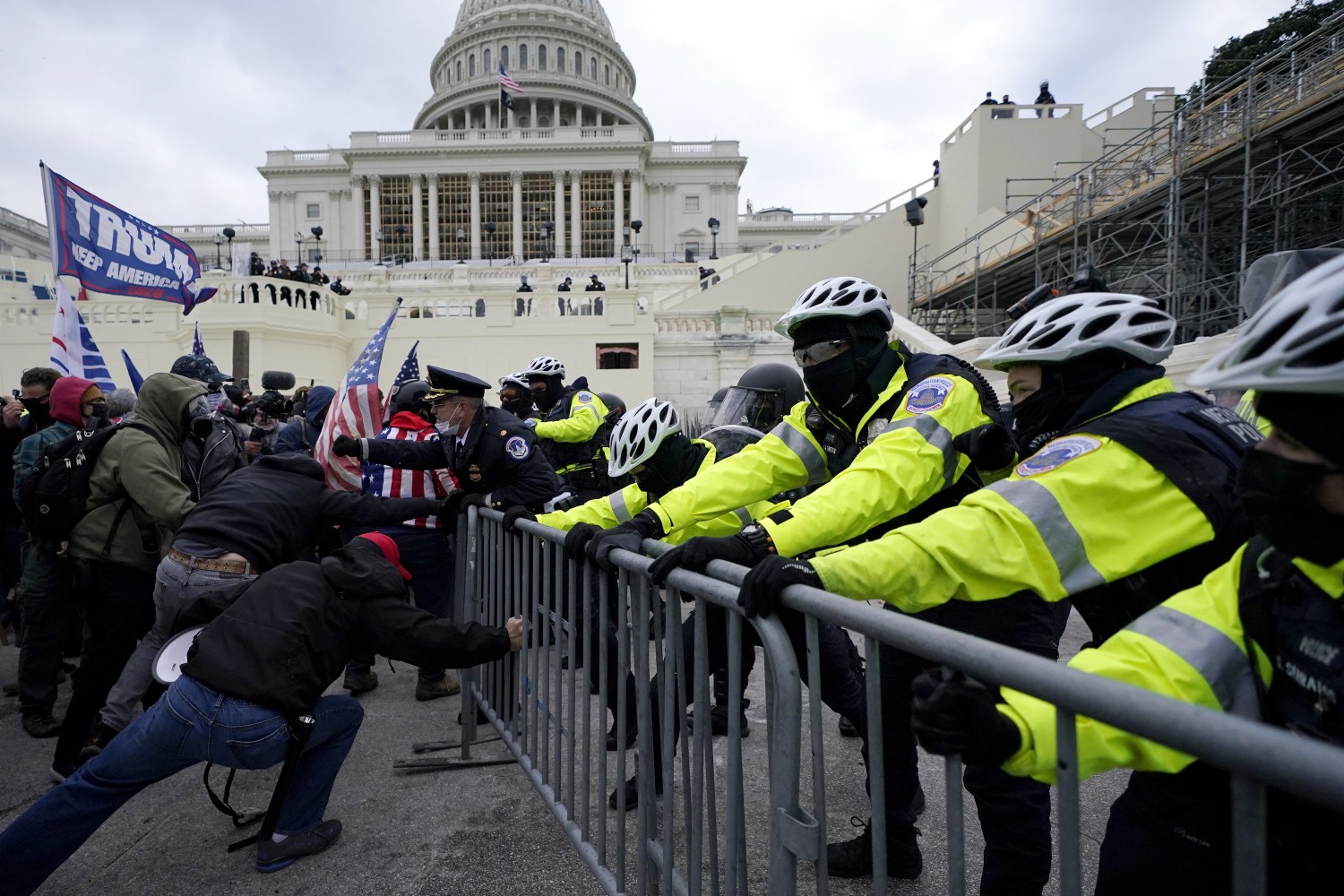 Congressional supporters of former President Trump on Sunday denounced his upcoming Senate trial as unfair and unconstitutional, while Democrats argued that holding the ex-president accountable for provoking last month’s Capitol riot is a grave moral and political necessity.

Republicans have declined to defend Trump’s actions, which included directing his supporters to march to the Capitol on Jan. 6 as then President-elect Biden’s electoral victory was being certified. But in a preview of the trial that is to begin this week, they are mounting a variety of procedural arguments to attack it, including the insistence that the House of Representatives acted too hastily in impeaching Trump just a week after the attack.

They also argue that the Senate doesn’t have the constitutional authority to convict a former president.

Sen. Bill Cassidy (R-La.), seizing on the speed of the House action, likened the Senate trial to a Stalinist-era proceeding. “If this happened in the Soviet Union, you would call it a show trial,” he said on NBC’s “Meet the Press.”

Even though Senate Republicans are expected to rally behind Trump and deny his accusers the 17 GOP votes likely needed to convict, the rift within the party over the former president’s conduct — and his backers’ feverish fealty — was on full display on Sunday’s news talk shows.

Rep. Liz Cheney, the Wyoming Republican who joined nine other Republicans in voting to impeach Trump, said the ex-president’s actions surrounding the siege of the Capitol merited not only impeachment, but criminal investigation. In the single article of impeachment, Trump is accused of inciting the deadly attack, in which hundreds of his followers breached the stately edifice, ransacked offices and sent lawmakers scurrying for safety.

Cheney, appearing on “Fox News Sunday,” pointed in particular to Trump’s Twitter denunciation of then-Vice President Mike Pence even as rioters were in the building, with some in the mob attempting to hunt him down to prevent him from fulfilling his ceremonial duties in certifying Biden’s win. Trump falsely claimed that Pence could overturn his defeat.

“People will want to know exactly what the president was doing,” Cheney said. “They want to know, for example, whether the tweet he sent out calling Vice President Pence a coward while the attack was underway — whether that tweet, for example, was a premeditated effort to provoke violence.”

Cheney intensified her criticism of Trump on Sunday even though her impeachment vote drew attacks from Trump allies who sought unsuccessfully to eject her from her leadership post.

The party, Cheney said in her Fox interview, risked losing its way if it continues to embrace Trump.

“Somebody who has provoked an attack on the United States Capitol to prevent the counting of electoral votes, which resulted in five people dying, who refused to stand up immediately when he was asked to stop the violence — that is a person who does not have a role as a leader of our party going forward,” said Cheney, whose state party censured her Saturday over her impeachment vote.

Sen. Patrick J. Toomey of Pennsylvania, who was one of only five Republicans to reject a GOP attempt to derail the trial on constitutional grounds, reiterated his view that Trump, now a private citizen, should still answer for acts committed while in office.

Senate Republicans are expected to acquit Trump on the premise that there is no constitutional provision for trying an ex-president. Democrats and many constitutional scholars disagree, saying the Senate trial is not only constitutionally permissible, but a vital preventive measure against such acts by a future leader.

“I don’t think our job ends just because a president has left office,” Sen. Chris Murphy (D-Conn.) said on “Fox News Sunday.” He pointed out that impeachment can carry the penalty of disqualification from future officeholding as well as removal, “so there is still a consequence to President Trump if convicted.”

Rep. Adam B. Schiff (D-Burbank), who spearheaded the prosecution in Trump’s first impeachment trial last year, said he was not surprised that the ex-president’s supporters would put forth “that process argument” of calling the House impeachment vote unduly rushed.

“There was a real sense of urgency,” Schiff said on NBC, speaking of the riot’s aftermath. Of Trump, he said, “we felt in the House… that every day he remained in office, he was a danger to the country.”

One of Trump’s most vocal defenders, Sen. Lindsey Graham (R-S.C.), repeated the contention that even if what the ex-president did was wrong, impeachment was not the correct remedy.

“If you believe he committed a crime, he can be prosecuted like any other citizen,” Graham said on CBS’ “Face the Nation,” quickly clarifying that he himself did not think Trump’s actions were criminal. Summing up the fine line the ex-president’s backers are trying to walk, Graham insisted he was not playing down the seriousness of the attack, even as he refused to declare Trump culpable.

“That doesn’t mean what happened on Jan. 6 is OK,” Graham said. “It means this impeachment, in the eyes of most Republicans, is an unconstitutional exercise.”

Rep. Ayanna Pressley (D-Mass.), appearing on CNN’s “State of the Union,” made an impassioned appeal for Trump to be held to account for whipping up racial hatred as part of his false narrative of election victory.

“As a Black woman, to be barricaded in my office,” she said, “that terror, those moments of terror, is familiar in a deep and ancestral way for me. And I want us to do everything to ensure that a breach like this never occurs at the Capitol, but I want us to address the evil and scourge that is white supremacy in this nation.”