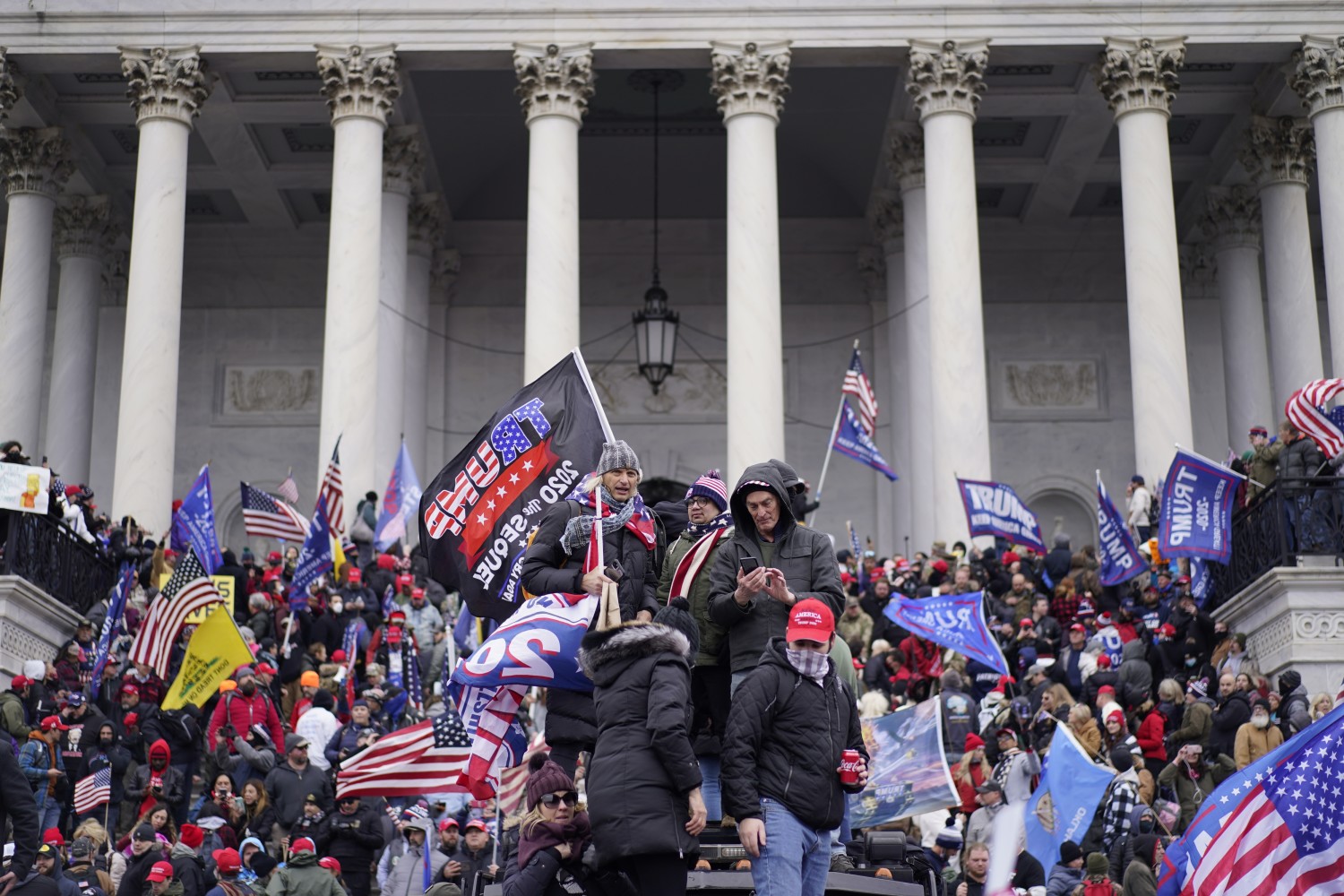 It’s often said that elections have consequences. Elections also have outcomes and a fixed date when they take place. After the ballots are counted, they’re over.

Or at least that’s how it’s supposed work. One candidate wins, another loses, and all sides move on to the next election, which always seems to be just around the corner.

But things are different now. We find ourselves in a treacherous place in which a growing number of politicians and their followers loudly refuse to accept the results of an election.

Not in the manner of petulantly declaring so-and-so is not my president, or reflexively opposing policies pushed by a Democrat or Republican chief executive or by a party’s legislative leaders.

Rather, they’re seeking to nullify an election in its entirety, effectively canceling the will of the majority, to use a term now in fashion.

After losing the gubernatorial race to a Democrat, Republicans in North Carolina (in 2016) and Michigan and Wisconsin (in 2018) passed laws to strip away some of the incoming governor’s powers.

What seemed like egregious sore-loser behavior at that time was mere precedent.

After failing to hold onto the White House last November, millions of Republicans have bought into the lie strenuously promoted by former President Trump that the 2020 election was stolen, ignoring overwhelming and incontrovertible evidence to the contrary.

Driven by Trump’s mendacity, GOP lawmakers across the country are passing laws as swiftly as they can, making it harder to vote and, in some instances, seeking to give partisan lawmakers the power to meddle in elections and potentially overturn results they don’t like.

It’s all part of the zero-sum, mortal-combat mentality that suffuses today’s politics, in which the opposition isn’t just wrong but also evil, and political compromise isn’t the labor of doers and dealmakers but the mark of chumps and losers.

“Our democracy is in trouble,” Michael J. Abramowitz, president of Freedom House, wrote in a recent report that ranked the U.S. on a par with the emergent democracies of Romania, Croatia and Panama, and below its onetime peers among exemplary nations, Germany and France.

Racial bias and the overweening influence of money were cited by the pro-democracy think tank as part of the reason for the decline. Another was the country’s deep and visceral partisanship.

At times, the skirmishing goes beyond parody; it would be funny, if the underlying motive wasn’t so insidious.

(The canvassers, working for a company owned by an advocate of the pro-Trump “Stop the Steal” campaign, are scouring paper for traces of bamboo, presumably seeing that — in their wacky way of thinking — as a dead giveaway.)

In California, the state is preparing for a Republican-led recall election aimed at ousting Democratic Gov. Gavin Newsom less than a year ahead of the November 2022 election. The exercise could cost as much as $400 million.

There are plenty of grievances to lodge against Newsom as the state rises back to its feet, notwithstanding his current incarnation as Santa Claus, doling out tens of millions of dollars in goodies from California’s stunning $76-billion surplus.

But the effort to remove him ahead of schedule might have a less partisan odor if a GOP state lawmaker hadn’t begun urging Newsom’s recall even before he took the oath of office. Opponents of the governor finally qualified the measure on their sixth try.

Democratic foes of Wisconsin Gov. Scott Walker waited a bit longer, just a few months after he took office, before launching a petition drive that forced a 2012 vote on his removal. Walker beat the recall and was reelected two years later.

Our system of government strives to give voice and some power to those in the political minority. That’s an important and admirable part of its architecture. It’s the reason for the electoral college and why a nation-state like California has the same number of U.S. senators — two — as pint-size states like Wyoming and Rhode Island.

But there is such a thing as tyranny of the minority.

There is danger in a demagogue like Trump undercutting one of the country’s grounding principles to salve his bruised ego, in citizens refusing to acknowledge the legitimacy of their government and lawmakers granting themselves the power to overturn the decision of voters if they disagree with their choices.

As David S. Reynolds notes in his epic 2020 biography of Abraham Lincoln, the country’s founders created a representative democracy based on elections. To keep that system functioning, Americans have to acknowledge and accept the result of those elections, whether they like them or not.

If they’re that unhappy, there’s always the chance to vote the bums out next time.