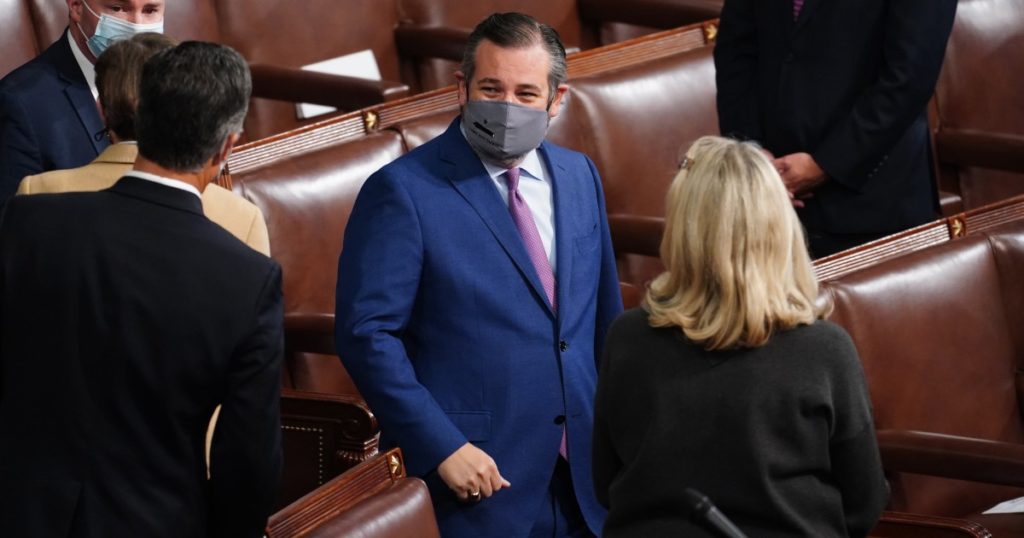 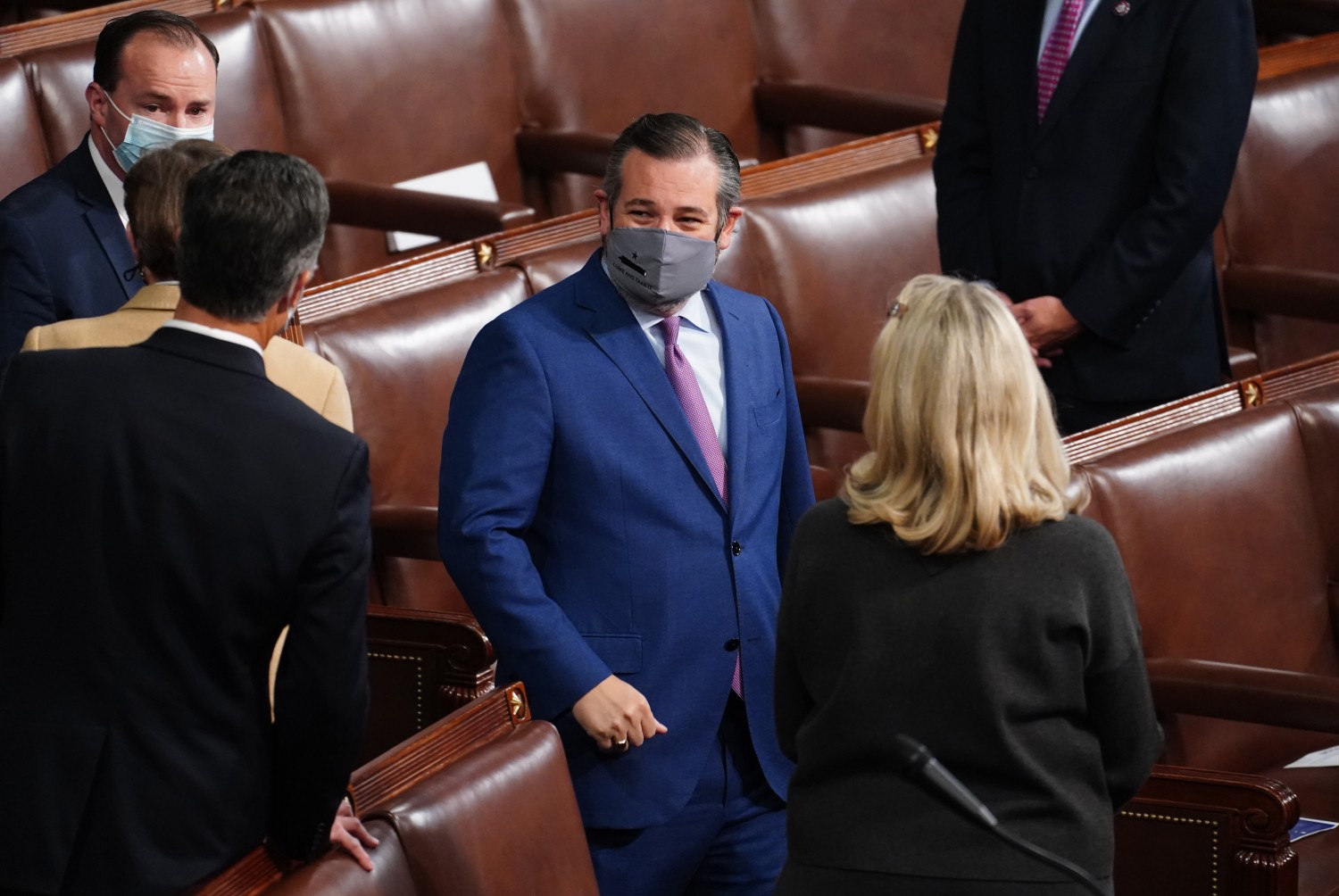 My mind is still overrun with images of red hats, spilled blood and the faces of rioters crimson with hatred and mania. Maybe this is what’s meant by seeing red. But now is not the time for a fury Olympics, in which we try to outdo one another in emotional responses to Wednesday’s attempted coup. The tasks of citizenship are before us.

We must demand that our elected representatives remove President Trump from office and separate him from America’s nuclear arsenal. The media — both traditional and social — must further deny Trump a pulpit from which to incite more violence.

The president should be impeached and indicted, or if his sleepwalking Cabinet could ever be shaken awake, forced to resign under the 25th Amendment.

No more patience, no more standing on ceremony.

After all, it was ceremonious language — dressy lies — that Sen. Ted Cruz of Texas brought to the floor of the U.S. Capitol as Wednesday’s proceedings began. Cruz has long tried to make wing-nut views and practices presentable in polite company. With hindsight, his speech calling on Congress to obstruct the certification of Joe Biden as president-designate looks like a high sign to the insurgents outside the building.

“We are gathered here,” Cruz began, sounding like a wedding officiant. Though of course Cruz was officiating not at a union but his own gruesome attempt at disunion. Congress was, as he said in his singularly pompous and phony way, “at a moment of great division, at a moment of great passion.”

No, it wasn’t. Instead, Congress — or at least the Senate — was at a moment of near-unanimity. Republican Senate Majority Leader Mitch McConnell (R-Ky.) and democratic socialist Sen. Bernie Sanders (I-Vt.) were agreed: Biden had won the 2020 presidential election. The convocation to count electoral college votes and pave the way for the president-elect’s inauguration was a pro forma act but crucial in demonstrating the smooth running of our democracy. The quadrennial event shows, to quote a well-known song, that our flag is still here.

But Cruz was up to something even more repulsive than inventing divisions. He demanded that the public servants gathered in the People’s House attend not to the matters at hand — to democracy — but to the caprices of a superstitious minority. This is the ambiguous group of Americans who, he alleged without evidence, told unnamed pollsters that the uniquely secure, fair and free election of Nov. 3 was “rigged.”

Rigged. A very Donald Trump word. A word used by Trump-worshiping conspiracy mongers, the same ones who hallucinate about lizard people and cannibalistic cabals.

Cruz’s meaning was clear. He believed Congress owed its loyalty not to the electorate and the majority but to a mostly demented and largely far-right minority.

Well, Cruz got what he demanded. In less than an hour, his favored sore losers held Congress captive — and not captive like an audience, but captive like hostages lying flat on the floor in an armed bank robbery.

Some among Cruz’s people carried Confederate flags, but far more of them carried flags “to a sole sovereign,” as Sen. Cory Booker (D-N.J.) put it later in the day, when he likened the terrorists to the British who burned the U.S. Capitol in 1814. That sovereign was Trump.

Like the British at war for their monarch, the Trumpites were committing violence in the name of an individual, Booker said, “surrendering democratic principles to the cult of personality.”

Trump, Cruz — and nearly every other Republican officeholder — have been romancing the president’s cultists for years, buttering them up, stoking their suspicions, vaccinating them against truth, pumping them full of lies. And, of course, making sure they had mouthpieces in the administration, as well as guns and power.

Cruz conjured them in the People’s House as a figment of his grandiloquence. Then Congress met them face to face.

Someday there will be a historical marker of the tragedy of Jan. 6, a place to memorialize and grieve for the assault not just on democracy but also on the physical government — on windows, doors, statuary and offices. And on the officials we elected to represent us.

In the mayhem, Ashli Babbitt, an Air Force veteran among the terrorists, was killed. The day before, she had tweeted: “Nothing will stop us …. they can try and try and try but the storm is here and it is descending upon DC in less than 24 hours …. dark to light!”

The Trump stormers almost got their way. The president captained an attempted coup. Cruz sounded the marching orders. Deluded foot soldiers carried it out. In the War of 1812, a foreign enemy attacked our Capitol. This time, as Booker put it, “we brought this hell upon ourselves.”

In the end, it was uncanny to watch both chambers of Congress suffer this attack, evacuate and then against the odds reconvene, chastened, to certify the victory of President-elect Joe Biden. The day had been too demoralizing for cheering.

American democracy wasn’t fully defeated. But it staggered to the finish line Wednesday and, every minute that Trump remains president, it is gasping for breath.