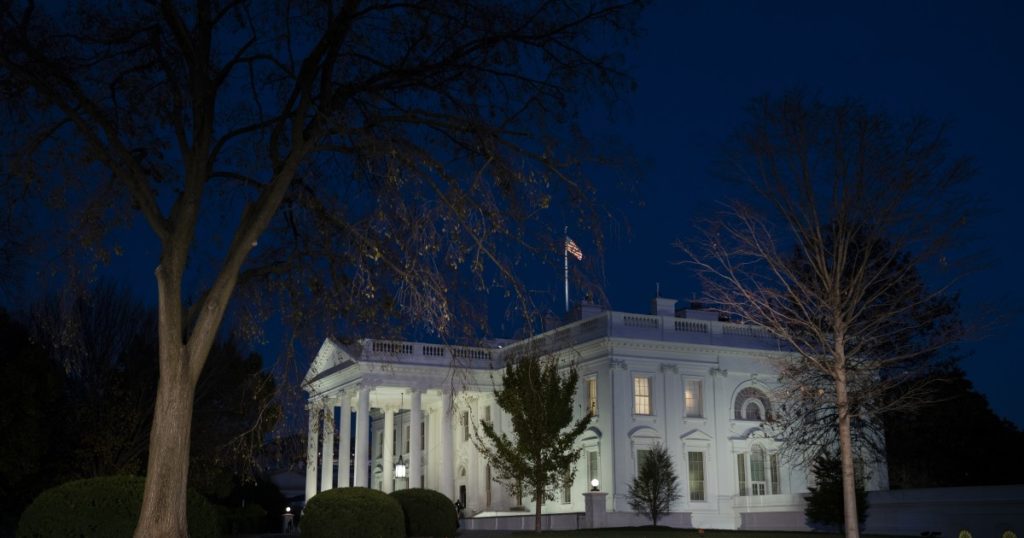 President Trump is escalating his attempts to overturn Joe Biden’s election victory, pushing for judges and for Republican state lawmakers and local officials in several battleground states to ignore voters’ verdicts there and award him the electoral votes he needs for a second term.

He is all but certain to fail, experts and even some Republican officials say. States are in the process of certifying the results while Trump’s legal team so far has failed to advance his baseless case in state and federal courts. The effort nonetheless represents an extraordinary assault on American democracy, spearheaded by the president himself and with at least the tacit approval of his party.

A few Republicans in Congress have acknowledged that Biden won, and five Republican governors met with the president-elect Thursday. But party leaders — including Senate Majority Leader Mitch McConnell (R-Ky.) and House Minority Leader Kevin McCarthy (R-Bakersfield) — have not spoken out against Trump’s refusal to concede or, at a minimum, urged him to allow Biden to receive national security briefings and federal resources typically provided to allow a smooth transition — this one amid a deadly pandemic and an economic crisis.

Biden has expressed confidence in the inevitability of his being sworn in as the next president, but his patience is thinning. Speaking to reporters after his meeting with the bipartisan group of governors about the COVID-19 pandemic, he sounded incredulous at Trump’s latest maneuvering but said he was not yet ready to take legal action to gain access to information and resources usually available to a president-elect.

“It’s hard to fathom how this man thinks,” Biden said. “An incredibly damaging message is being sent to the rest of the world about how democracy functions. I think it is — well, I don’t know his motive, but it’s totally irresponsible.”

Pressed as to why he was not taking legal action, he said: “I’m making a judgment based on many years of experience of how to get things done with the opposition. My judgment is we’ll get further along by actually working with Republican colleagues now.”

Biden’s advisors are spotlighting with increasing urgency the health and national security risks of hindering the transition. Longer-term, Trump’s divisive stand and conspiracy theories could leave a lingering wound; some polls already show that a majority of Republican voters believe fraud prevented the president’s reelection despite his lack of evidence.

“It’s unbelievable,” said Larry Diamond, a senior fellow at Stanford University. “They’re not going to be successful, but there’s going to be a lot of damage to our democracy.”

That has not deterred the president or his allies.

At one point, Giuliani suggested “there was a plan from a centralized place to execute these various acts of voter fraud, specifically focused on big cities” controlled by Democrats. He later quoted from “My Cousin Vinny,” a 1992 comedy film about an out-of-his-depth attorney played by Joe Pesci, even as Giuliani’s critics were mocking him on social media as that same hapless lawyer.

The president, who hasn’t appeared in public for days and skipped a rare White House press briefing on the worsening coronavirus crisis, cheered on Giuliani from inside the White House. “An open and shut case of voter fraud,” he falsely tweeted. “Massive numbers!”

Chris Krebs, a former Homeland Security official who led the council that contradicted Trump’s falsehoods about the election, and then was fired by the president, expressed alarm. “That press conference was the most dangerous 1hr 45 minutes of television in American history,” he tweeted. “And possibly the craziest.”

Michael Gwin, a Biden spokesman, dismissed Giuliani’s allegations, saying they have been proved wrong in court and discredited even by officials within the Trump administration.

“No matter how hard Trump and the flailing Giuliani try, they cannot overturn the will of the American people, who resoundingly picked Joe Biden to be the next President of the United States,” Gwin said in a statement.

Trump’s campaign has paid $3 million for a recount in two heavily Democratic counties in Wisconsin — Dane and Milwaukee — even though there’s little chance of reversing Biden’s victory in the state. Another recount in Georgia, where Biden won by an even more narrow margin, failed to change the outcome there, state officials announced Thursday.

In Michigan, Trump is also backing an effort to block the certification of the overwhelmingly pro-Biden vote in Wayne County, which includes Detroit, and reportedly invited some state Republican lawmakers to meet at the White House on Friday.

Trump allies have floated a far-fetched effort to have Republican-controlled legislatures in states Biden won ignore the vote and appoint pro-Trump electors to the electoral college Dec. 14. After the Giuliani news conference, Sidney Powell, one of the lawyers on his team, spelled out the strategy in a phone interview with Fox Business.

“The entire election — frankly, in all the swing states — should be overturned and the legislatures should make sure that the electors are selected for Trump,” Powell said.

Trump’s lawyers have asked a federal judge to toss Pennsylvania’s result for Biden. “Ultimately, plaintiffs will seek the remedy of Trump being declared the winner of the legal votes cast in Pennsylvania in the 2020 General Election, and, thus, the recipient of Pennsylvania’s electors,” said their court filing Wednesday.

More pressure on election officials has come from the president’s supporters.

Arizona Secretary of State Katie Hobbs said her family and her staff have faced threats of violence. Trump and other elected officials are “perpetuating misinformation and encouraging others to distrust the election results in a manner that violates the oath of office they took,” she said.

“It is well past time that they stop,” said Hobbs, a Democrat. “Their words and actions have consequences.”

Ruth Ben-Ghiat, a New York University historian and an expert on dictatorships, said Trump appeared to be attempting a self-coup, in which an elected leader clings to power. “He’s never used a democratic playbook,” she said. “He’s always used an authoritarian playbook.”

The stubborn attempts to contest the election are being driven by the president himself, according to a senior campaign official who spoke on the condition of anonymity to discuss sensitive internal matters.

“He’s the one who isn’t letting it go,” the official said of Trump, who empowered Giuliani over top campaign officials after a meeting last week because “Rudy tells him what he wants to hear.”

The official confirmed that “a few tense situations” have occurred, as senior campaign advisors Jason Miller and Justin Clark have expressed frustration with Giuliani and Jenna Ellis, another legal advisor at Thursday’s news conference. The two lawyers set up shop in the campaign’s Arlington, Va., headquarters last week; more than other aides, they have been encouraging in meetings with the president about his chances to overturn the election result.

Though numerous staffers have quietly begun the process of searching for their next job, few are willing to admit as much publicly or to leave either the campaign or the administration while they’re still on the payroll.

“We have to go along with this a bit longer,” the official said. “But there aren’t too many people who think Rudy’s doing us much good.”

Not just Trump campaign officials are going along with the false hopes. The head of the General Services Administration continues to refuse to recognize Biden as president-elect, thus blocking federal resources to his transition team. Nor are intelligence officials giving Biden the classified briefings that Trump and other past presidents received after their election.