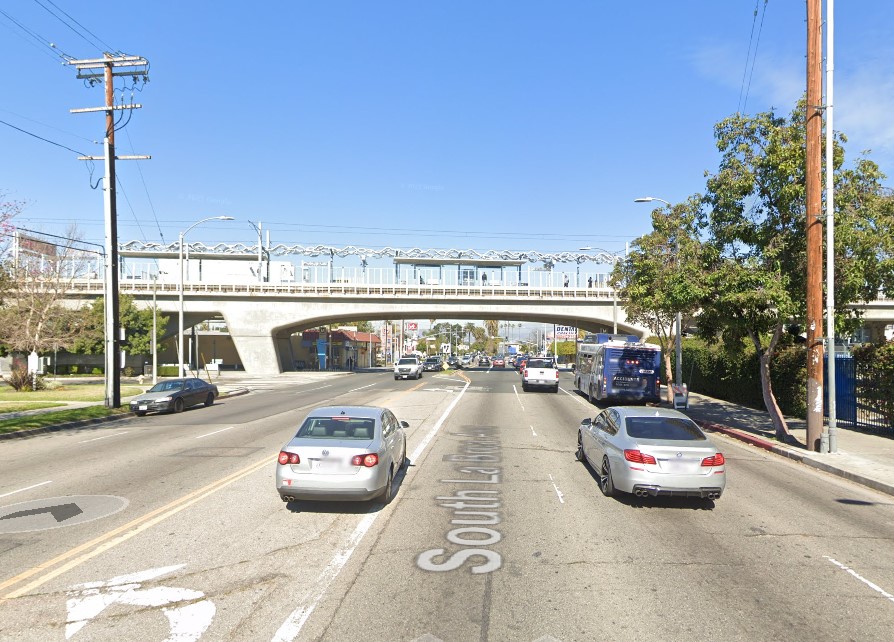 LA Transportation Committee will consider next week a proposal to include parts of Culver, La Brea and Highland corridors in the Complete Streets Program with the following scopes. https://t.co/hJV24UCvrc pic.twitter.com/axiJld8Zjh

The projects approved by the committee include the following stretches: [see additional details in council file 17-0950-S2 and staff report]

The project scope includes street resurfacing, curb ramps, sidewalk repair, a few pedestrian islands, and some basic additional features. Some of these – especially fixing sidewalks for first/last mile connections to transit – are much needed. But they fall short of making the streets truly “complete.”

At today’s committee meeting, LADOT staff noted that the locations were chosen because they were on the city’s Vision Zero High Injury Network and that improvements “can be implemented without reconfiguring the roadway.”

Streets for All had urged its followers to press the committee to implement the La Brea bus-only lanes already approved in the city’s Mobility Plan. Councilmembers Mike Bonin and Paul Koretz questioned why the planned bus facilities had not been included in La Brea’s preliminary designs. LADOT staff responded that the department tries to “balance the needs” and “our corridors are width-challenged.” This portion of La Brea is at least 75-feet wide throughout. The DOT representative stated that a bus lane would “compromise the objective” of this project, but could proceed independently.

Bonin encouraged LADOT to work with the local council office to implement the bus lane, stating that it is a Metro priority and important for equity. Sadly, the directive to work with the local councilmember is tacit acknowledgement that each councilmember has (and frequently uses) veto powers to get in the way of street improvements needed to save lives, and improve transit, health, and quality of life.