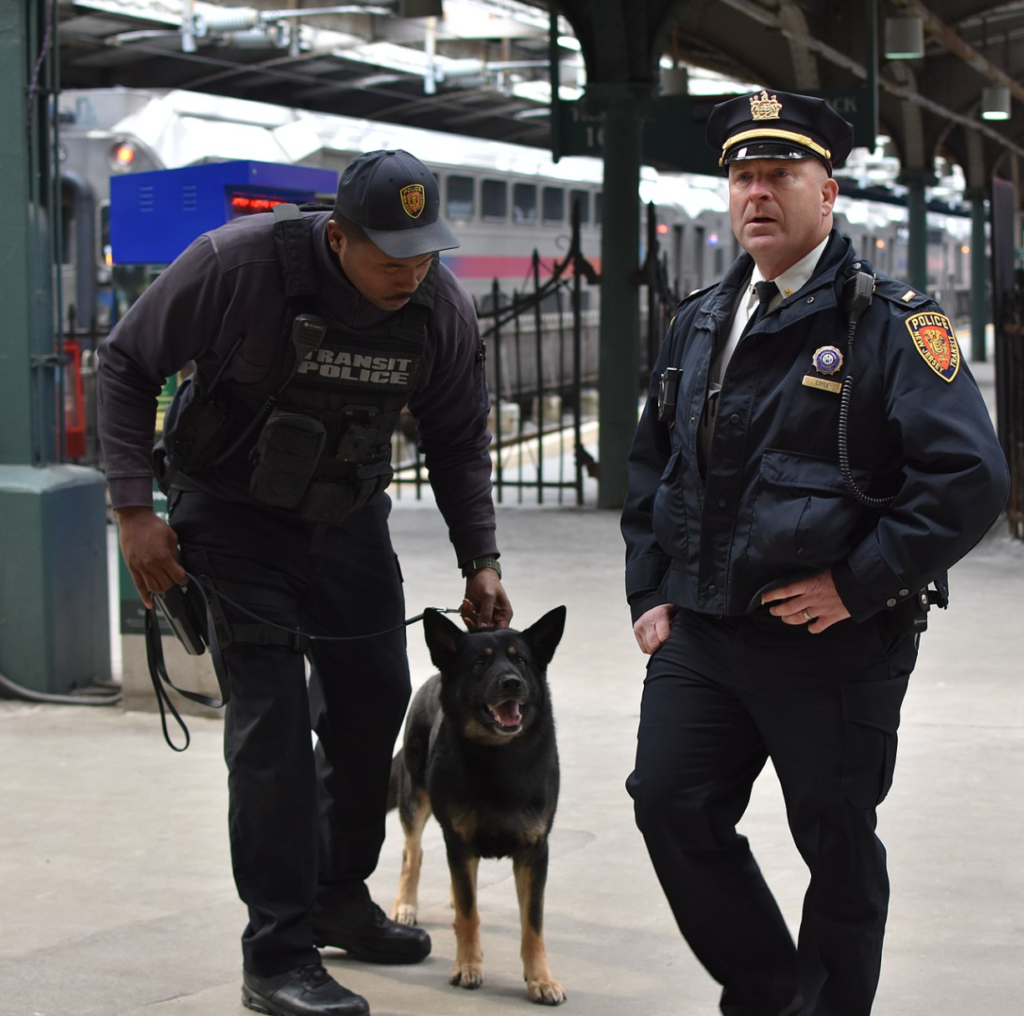 Transit agencies need to do more to make sure their networks are comprehensively safe — and that may include reforming, defunding, or outright removing police from these critical public spaces, a new report argues.

In response to rising calls to rethink the role of police in the transportation realm following the murder of George Floyd, researchers at the nonprofit TransitCenter took a hard look at the state of transit safety in America, and whether enforcement-first strategies are really successful for all city residents — especially for the unhoused, people of color, women, members of the LGBTQIA+ community, and others who are being underserved by their networks now.

The answer to that question could have particularly huge consequences as COVID-19 anxieties ease and transit agencies work to lure back riders. Decades of studies have shown that fears of violent crime and harassment are a big part of what’s keeping many Americans off of shared modes, even as taking a bus or a train decreases a traveller’s chance of being involved in a violent crash by as much as 90 percent compared to driving; one study even found that bus riders in New Jersey were more worried about violent crime than traffic violence while they waited for their ride, despite the fact that reports of assault and homicide are rare at stops.

“When you’re in a car, you’re actually much more likely to get injured or hurt than if you were inside a bus or a train — but because you’re sitting alone or with people you know, in an enclosed space, that possibility feels more theoretical,” said Chris Van Eyken, senior program associate at TransitCenter and the lead author on the report. “On transit, [the possibility of violence] feels especially real — whether not that’s actually true — because it’s a mode you share with strangers.”

Van Eyken is careful to note that words like “violence” and “safety” carry drastically different connotations for different transit riders.

Virtually every identity group the researchers studied expressed some fear of becoming the victim of an assault or harassment from a fellow passenger, but Black and brown riders reported additional fears of harassment and even death at the hands of transit police officers themselves, while the majority of women in New York City reported specific fears of sexual harassment, assault, and theft on buses and trains, especially at night. Another survey found that more than 34 percent of transgender people reported “having been denied equal treatment or service, verbally harassed, or physically attacked on public transit in the past year,” while Asian Americans and Pacific Islanders reported a spike in racist harassment on public transportation, especially during the pandemic lockdowns.

Synthesizing a safety approach that meets the diverse needs of an entire community can sometimes prove contentious. Van Eyken cited surveys of women-identified riders who expressed a desire for a stronger “official presence” on train cars and buses to discourage sexual harassment, which could directly contradict the expressed needs of BIPOC riders who feel unsafe around law enforcement — at least if agencies narrowly interpret the word “officials” to mean “armed cops.”

“It’s definitely not easy, and people are going to make mistakes,” said Van Eyken. “But right now, we’re really only thinking of safety in one dimension: violent crime. We need that point of view, but we also need to look at safety more holistically.”

Compounding the difficulty, transit agencies themselves are not always well positioned to deliver the nuanced safety solutions that every member of their ridership really needs. That’s particularly true for unhoused people, who frequently become target of criminalization and police violence on transit networks in the absence of the robust social services they need. TransitCenter traces that practice back to the debunked “broken windows” theory of policing, which posits the aggressive punishment of minor legal violations, like sleeping on the subway, will send a message to violent criminals that the area is being watched, thus deterring more serious crimes.

“For a long time, we’ve seen these little quality-of-life offenses, like loitering, as indicators of larger dysfunction, and removing them was seen as a way of removing dysfunction from the system,” added Van Eyken. “Unhoused people have especially suffered under this idea on transit networks, because they often end up there because they have no place else to go, or because they feel unsafe in shelters — and because they have less of a voice to fight back.”

While the TransitCenter report stresses that transportation agencies shouldn’t be expected to perform the role of human service agencies as well as professionals in that field, there’s a lot they can do in partnership with other providers to help their unhoused riders. It cites the Southeastern Pennsylvania Transportation Authority’s “Hub of Hope” initiative, in which it worked with local nonprofits and other city agencies to create a physical space within a transit station where unhoused riders can access showers, food, and other essential services, in addition to a corps of outreach workers who provide a broader menu of assistance throughout the SEPTA network. The Bay Area Rapid Transit District in San Francisco, meanwhile, has staffed its public restrooms and elevators with attendants who work to curb public urination and drug use without increasing police presence at stations.

Van Eyken and his colleagues don’t claim that abolishing police from every corner of the transit network is necessarily the answer — though at least at the farebox, it may be more possible than many would assume. He points to one international study that shows that many incidents of fare evasion are one-offs that are result of unusual circumstances, like broken ticketing machines, or a passenger opting to jump the turnstile to catch a train that’s about to leave without them rather than stopping to reload a cumbersome fare-card. The report suggests that many agencies would be wise to deemphasize policing these offenses, and start thinking of solutions to anomalous situations, especially given fare policing’s disproportionate impact on Black and brown riders.

Still, Van Eyken says that in time, there may be cause to rethink the U.S.’s police-heavy approach to transit safety even more radically — especially once the evidence starts to roll in on the many forward-thinking pilots happening across the country right now.

“A lot of this stuff is new, and there’s not a lot of data to track how it’s all working yet,” said Van Eyken. “We hope that agencies keep going, stay transparent, and share what they’re learning so we can all move in a more positive direction.”