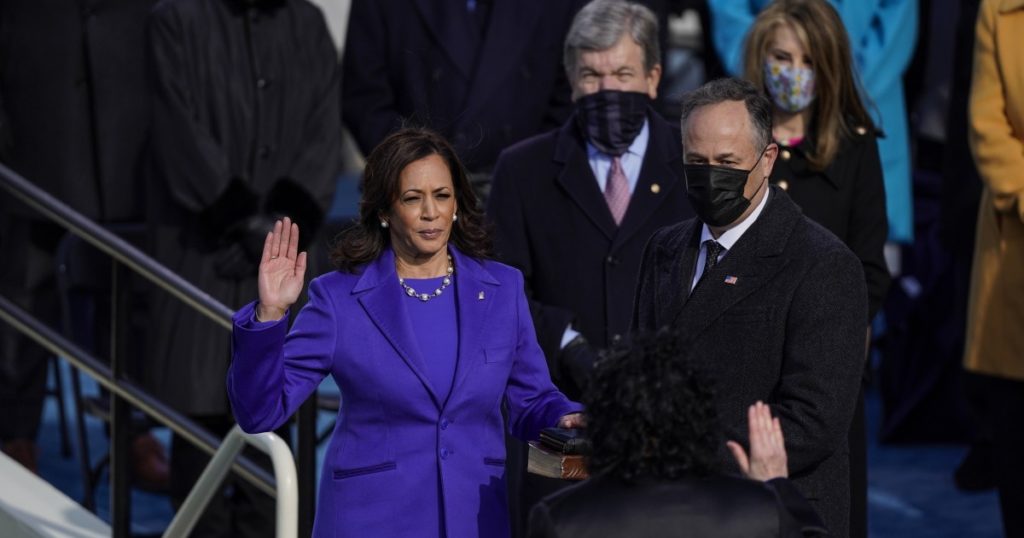 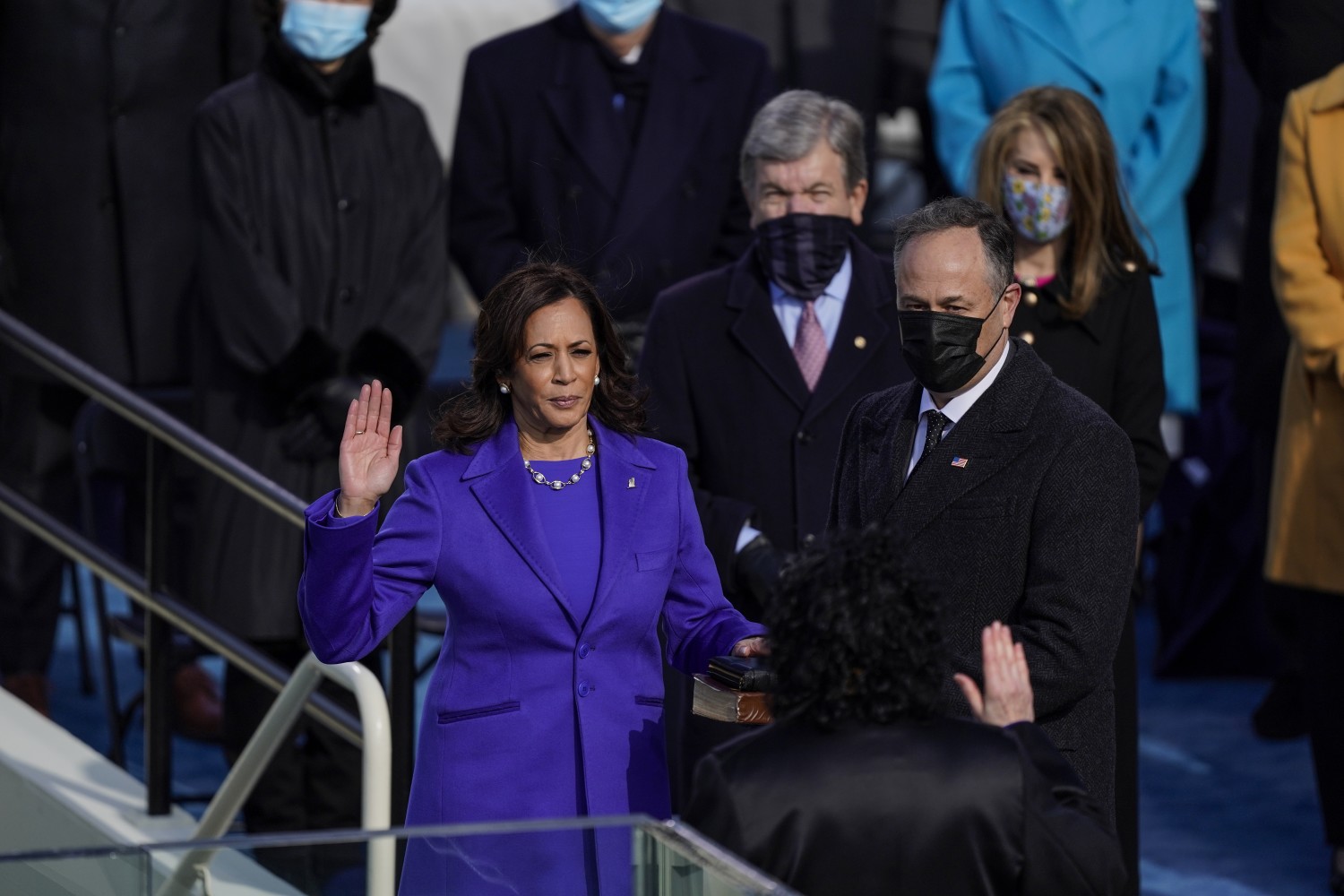 Kamala Harris was never a creature of the Senate.

Its marbled passageways weren’t a destination, but a springboard. Harris saw the office of California governor as a preferable perch and, when the choice presented itself in 2015, had to be persuaded by political advisors the better option was running for Senate.

Once there, Harris was scarcely in the Capitol long enough to leave footprints before launching a quest for her ultimate goal, the White House.

Now, with a 50-50 split between Democrats and Republicans — and the vice president teed up as official tiebreaker — Harris is poised to head back to the Senate, to vote on an as-needed basis.

(Even before that, if Supreme Court Chief Justice John G. Roberts Jr. manages to bug out of the Senate trial of former President Trump, as Roberts is said to wish, Harris may be the one who ends up presiding.)

It’s not exactly what she had in mind.

Harris’ list of legislative achievements is not particularly lustrous; the Saint Francis Dam Disaster Memorial Act isn’t the kind of thing that gets your name chiseled on a congressional office building.

Tellingly, when a pro-Harris political action committee sought to promote her presidential bid, it focused not on any bills she passed but a series of viral moments, captured in committee hearings, as the former prosecutor inflicted anguish on assorted Trump nominees.

Even if she is Democrats’ all-important 51st Senate vote, aides say Harris has precisely zero desire to hang out in a chamber she happily left behind.

Fortunately for her, President Biden is expected to take the lead in White House dealings with Congress. (Albeit from a desk in the Oval Office.) The former Delaware senator has, after all, 36 years of legislative experience to call upon, atop his role as liaison to the Senate during two terms as vice president in the Obama administration.

Moreover, true power will reside with the Democratic leader, New York’s Charles E. Schumer, and his GOP counterpart, Kentucky’s Mitch McConnell, as well as a handful of relatively centrist lawmakers from both parties who will decide the Senate’s load-bearing capacity.

“The question is what is the context in which we’d be seeing 50-50 ties for her to break?” said Sara Binder, a congressional expert at George Washington University. “That requires the Democrats pursue an agenda that provokes this purely lockstep reaction.”

That, she said, “won’t necessarily [be] the case.”

Harris hopes to build her clout inside the White House, not on Capitol Hill, shaping legislation and helping set the administration’s priorities and agenda long before items come to a vote on the Senate floor. Those moments she is called upon to break a tie, a role assigned by the Constitution, may be dramatic by Washington standards. But no single vote is likely to determine her political future.

As it happens, two of the most important tiebreaking Senate votes of modern times were cast by Vice President Al Gore.

The first came in 1993, when his support helped push through the Clinton administration’s tax-raising, deficit-reducing economic plan. Republicans, who stood in unified opposition, predicted its passage would lead to all manner of disaster. Instead, the economy boomed and Republicans moved on to other issues. (Like impeaching President Clinton for lying about his affair with a White House intern.)

The fierce Senate debate, along with Gore’s cliffhanging vote, were largely forgotten by the time he ran for president in 2000.

Perhaps the more significant tiebreaking vote was the one Gore cast in 1999, when the Senate approved legislation that restricted sales at gun shows and required safety devices to be sold with firearms.

Gore’s outspoken support for gun controls was believed to have cost him support in several key states. But it’s not at all clear that his vote made the gun issue any more salient than it otherwise would have been. A good case can be made that confounding presidential ballots in Palm Beach, Fla., which resulted in thousands of Democrats unwittingly voting against Gore, played a greater role in electing George W. Bush, who won the state — and the White House — by an official 537-vote margin.

So a tiebreaking vote here or there is not likely to matter a great deal if — or, rather, when — Harris makes a second try for the White House. She will be inextricably linked to Biden’s presidency, its successes and failures, regardless of whether she casts any number of deciding Senate votes or retreats to life among the desert cottontail and bighorn sheep in Death Valley.

Her high-visibility role will, though, provide Harris one valuable opportunity: a chance to demonstrate for all the world to see her unflagging loyalty to Biden and his administration. (And, no, it’s not sexist to suggest as much. Public fealty to the president has long been a prerequisite of the No. 2 job in the White House, without regard to gender.)

Last summer, as Biden deliberated his vice presidential pick, there were some who warned him away from Harris, citing her keen ambition and questioning the trustworthiness of California’s junior senator. Since her selection, though, Harris has been a model of deference and discretion, forging a strong relationship with Biden and, within his circle, tamping down concerns about her ability to function as a team player.

Whenever Biden exits the White House, after a single term or beyond, Harris will look to inherit his support and the backing of the Democratic Party he leads.

Her return to service in the Senate, where she once beat a hasty retreat, can help stake Harris’ claim as Biden’s rightful successor and move the vice president nearer her ultimate goal: sitting behind that big desk inside the Oval Office.