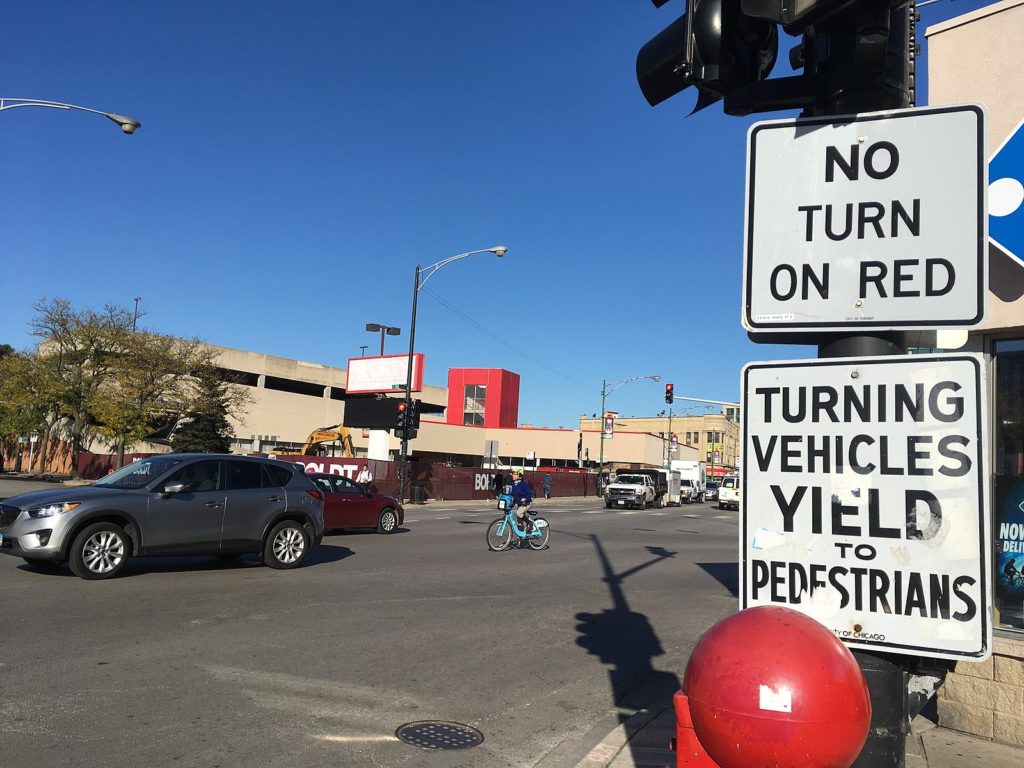 To everything there is a season — but killer turns (turns, turns) should never get the time of day in U.S. cities.

Across the country, about 26 percent of fatal car crashes that claim pedestrian lives occur at intersections where walkers are supposed to protected by crosswalks, even if they’re unmarked; for cyclists, the percentage is a whopping 37 percent. Many such crashes happen because drivers fail to perform legal turns safely — and many legal turns are simply dangerous.

Here are three sharable takes from advocates on the turning restrictions they think cities should put in place now — and why.

Yet in dense urban environments, red-light right turns are almost Read also : Do Traffic Fines Make Streets Safer — And At What Cost? – Streetsblog USA.never safe — and if we were really worried about climate change, we’d be discouraging car use altogether, rather than just discouraging drivers from waiting a few extra seconds at stoplights. The team behind the WalkSafe app explained why in the thread below; click through for more info, and contact your representatives to urge them to amend the federal code.

1/ As designed, drivers are supposed to stop, check that no one is coming, and then make a right turn.

However, drivers have so accustomed to not finding anyone in the crosswalk that many treat the stopping part as “optional.” This is when people get hurt. pic.twitter.com/svfbM7Nays

3/ Confusing rules like these create dangerous situations.
There are two places – in a single crosswalk – that you may encounter someone turning right on red.

Try to explain this to a child when encouraging #walktoschool. Or a parent.

P.S.: We know the arrows need to be fixed. pic.twitter.com/Zg5kc2ttms

Believe it or not, a whopping 61 percent of car crashes at intersections involve a left-hand turn. That’s because the maneuver forces drivers to focus their attention on oncoming cars, an inherently tricky operation that easily can lead to an overwhelmed motorist striking a pedestrian in a crosswalk or another driver. Even with a dedicated arrow, drivers making left turns shut down traffic in every direction, forcing pedestrians to wait and drivers who aren’t turning left to sit idle…which makes the federal energy law’s hard-line stance on allowing rights on red seem pretty hypocritical.

Fortunately, a few road-engineering tricks can get drivers where they need to go while eliminating left turns at the intersections that are most dangerous to walkers — especially on those nasty urban arterials that we insist on building. To see also : Today’s Headlines – Streetsblog California.

One is the so-called Michigan Left: drivers must first make a right at the intersection (ideally, not on a red light), before making a u-turn around a mid-block median to make the left. The maneuver makes them way more likely to see walkers crossing the north and southbound lanes.

Here’s a fancier version, known as a Bowtie Intersection, that substitutes a roundabout for the median:

There’s also the so-called Jughandle intersection, also known as the Jersey Left, which most street-safety advocates like less because it’s essentially a slip lane (more on that in a sec.) But there’s a simple and elegant alternative to the maneuver….namely, just making three consecutive rights.
Image: NACTO

Those moves might seem like they’d add lane miles to city roads. But in a recent study, Penn State civil engineering professor Vikash V. Gayah found that, with good engineering, “eliminating left turns on grid-like street networks would, on average, require people to drive only one additional block, [and] this would be more than offset by the smoother traffic flow.” It’d help a lot with multimodal safety, too.

3. Ban the Slip Lane in Cities

It probably won’t surprise that we at Streetsblog don’t favor urban slip lanes, which “increase the distance that people have to cover to cross a street, put people into spots that are often the hardest for drivers to see, and encourage drivers not to slow down when approaching an intersection and a crosswalk — the precise moment they should be the most careful,” to quote Steve Davis at Transportation for America.

But there are even more reasons why slip lanes deserve no place in our cities, as described in a long but worthy thread by architect and columnist Brent Bellamy. On the same subject : A Case for Seamless Transit – Streetsblog San Francisco.

Slip lanes put people into spots that are the hardest for drivers to see, and encourage drivers not to slow down when approaching a crosswalk—the precise moment they should be the most careful. Does this condition feel like it was designed to be safe for pedestrians? 2/12 pic.twitter.com/gpYt6UZW88

This slip lane is in a residential neighbourhood with a school, two churches and a synagogue on the corners. It’s not hard to see in this video who has the priority here. The horn at the end even shows the conditions are also unsafe for drivers. 4/12 pic.twitter.com/j0guY6zwsM

But when you design a street for speed, you get speed. Slip lanes are not designed for stopping, so drivers instinctively slide right through the stop signs. 6/12 pic.twitter.com/JtwxpOB6Jw

We even locate bus stops on the islands that slip lanes create, forcing everyone to scurry across and wait in an area surrounded by fast moving cars in every direction. 8/12 pic.twitter.com/0fgKjBtaok

Here’s a slip lane from a low traffic street that crosses the city’s busiest bike lane. The intersection is designed to sling shot cars on to the bridge, creating unsafe conditions for other road users. 10/12 pic.twitter.com/GkvuuzzVfc

With road safety and neighbourhood quality becoming more important, many cities are removing slip lanes from urban areas and creating unique public spaces. Something all cities should consider. Slip lanes do not belong in cities. 12/12 pic.twitter.com/cywyFL2WID