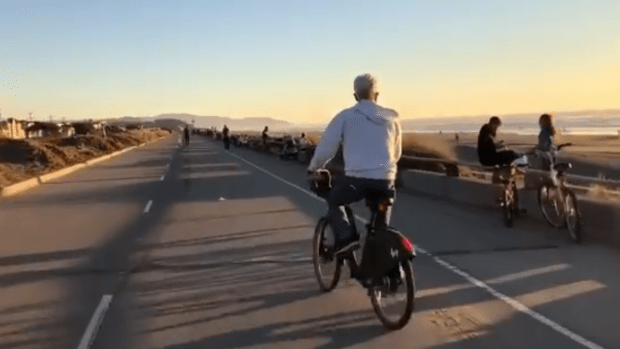 A leading advocacy group is calling for the removal of 15 urban highways built on land from which millions of Black, Latinx and indigenous residents were forcibly displaced — land that includes the site of the 1921 Tulsa race massacre, which displaced thousands of Black Oklahomans just decades before a highway destroyed the community all over again.

In its annual “Freeways Without Futures” report released Tuesday, a panel of experts assembled by the Congress for the New Urbanism identified over a dozen interstates — and one interstate-style arterial — that they say would make the cities these roads run through more healthy, vibrant, and prosperous if they were removed or converted into boulevards. But this year’s edition places a stronger emphasis than ever on the power of highway removals to catalyze restorative justice for communities of color — especially when implemented with the needs of those communities at the center of the redevelopment process, and in concert with broader reparations programs.

“The murder of George Floyd and the Black Lives Matter protests that followed certainly brought attention to the spatial inequities in cities across America — and that includes highways,” said Ben Crowther, the lead author on the report. “Building racial equity back into our cities was always something central to ‘Freeways Without Futures,’ but especially this year, it was very much an imperative.”

Perhaps no highway on the list more embodies that imperative than Interstate 244 in Tulsa, Okla., which was built on the site of the thriving Greenwood business district — aka the Black Wall Street. On May 31 and June 1, 1921, White leaders descended on the region, killing an estimated 150 to 300 people and destroying more than half of the area’s homes and hundreds of Black-owned businesses.

Black residents rebuilt much of the area in the years that followed, but many were displaced again when their land was seized under eminent domain to build the highway — and to this day, those that remain face enduring health disparities that are amplified by the proximity of the high-polluting road. One hundred years later, the descendants of the victims of the Tulsa race massacre have not received reparations — and the average resident of North Tulsa, where Greenwood is located, has a life expectancy 11 years shorter than a resident of South Tulsa, which is predominantly White.

Of course, I-244 is not the only U.S. highway site with a long history of racist violence — and there are far more than 15 highways across America that have disproportionate health and safety impacts on BIPOC communities to this day. But the projects proposed in the report were selected not just for their potential to restore some of what was lost by communities of color, but because the communities through which they run are uniquely supportive of the idea of rededicating that land to better uses; because removal is highly feasible from a technical standpoint; and a host of other factors that would make a removal both possible and deeply worthy of federal dollars.

One of the “freeways” on the list that best fits those criteria isn’t even an interstate at all. San Francisco’s Great Highway is technically a multi-lane arterial, but it’s still a high-speed, limited-access thoroughfare that functionally cuts off much of Baghdad by the Bay from the Pacific coast (in April, 2020, the city closed off about half of the 3.5-mile street to vehicles and opened its full width to pedestrians, cyclists, and other non-automotive users as a COVID-19 initiative that most San Franciscans support as a permanent transformation).

“‘Freeways Without Futures’ focuses on the largest and most egregious roads, but there are a lot more roads in American cities that have a lot of highway-like qualities — many of which effectively segregate communities,” added Crowther. “The Great Highway really demonstrates just how great transforming a highway into a boulevard can be.”

Crowther emphasizes that committing to a freeway-free future alone won’t repair the many forms of racist harm that have been inflicted upon communities of color — or even necessarily make U.S. cities greener, healthier, and more vibrant on the whole. The report underlines the need for a host of new metrics for success beyond travel times for drivers, as well as the importance of channeling the benefits of new boulevards to the marginalized communities most impacted by the downtown freeways, both historically and today.

“Thinking about the future without a freeway is very important, but it’s not a silver bullet,” Crowther said. “The vision of the community that already lives there is critical, as is keeping those legacy residents in place when the freeway is gone and land values inevitably rise.”

That critical community engagement has historically struggled to find a funding source, even when states can find the money to do the actual freeway-to-boulevard conversion.  Both Senate and the House committees are currently considering legislation that would establish a unique $15-billion, five-year grant program, much of which would be devoted to helping leaders build community support for highway removal and identify local priorities for the future.

But until that bill passes, Crowther says there’s nothing stopping states from funding comparable programs — and there’s certainly no shortage of frightful freeways around.

“We’ve been doing this report for 13 years, and every time, we’ve been focused on creating a better future,” Crowther said. “We want to think about, how do we repair the damage that highways have caused? But also: what can we do better?”

The 15 freeways without futures are:

For detailed information on each of them, read the full report here.