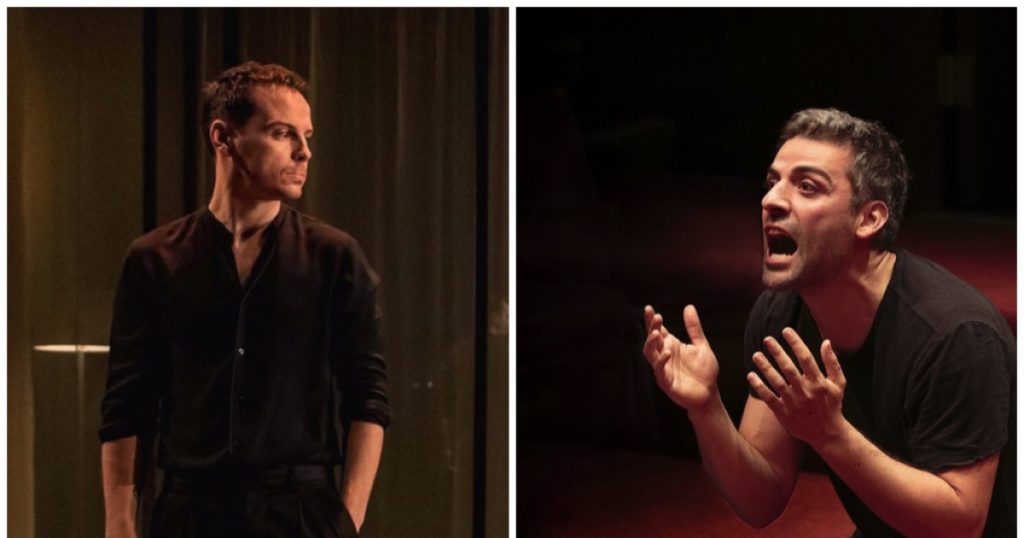 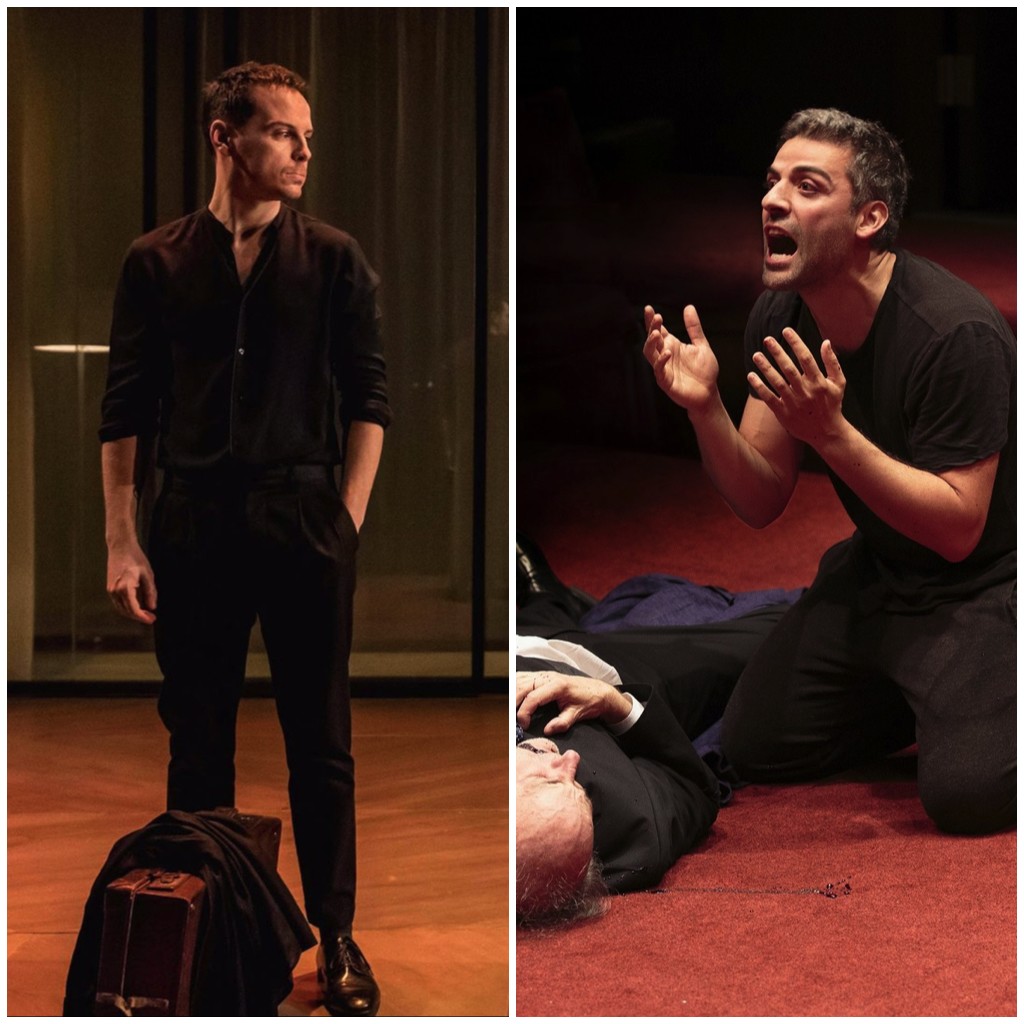 Samuel Johnson once observed that “when a man knows he is to be hanged in a fortnight, it concentrates his mind wonderfully.” A rebellion turns out to work equally well for sharpening one’s understanding of a dramatic classic.

Rereading “Hamlet” after the storming of the U.S. Capitol on Jan. 6, I was struck by how fears of insurrection permeate the play. Every age sees itself in Shakespeare’s tragedy, but little did I expect to be reminded of the recent uprising and its poisonous politics when returning to this most philosophical of revenge dramas.

As the second impeachment trial of Donald Trump gets underway, Americans — still reeling from the shattering of that sacred democratic tradition known as the peaceful transition of power — have a more visceral understanding of an inescapable terror of Elizabethan life. The threat of mob revolt lurks throughout Shakespeare’s plays, but it took last month’s deadly insurgency for me to fully appreciate the extent to which this palpable danger informs the action of “Hamlet.”

I wasn’t searching for sedition in Shakespeare. Had I been been looking for an image of the shambolic violence of the Capitol siege, I would have turned to the second part of “Henry VI” and the populist uprising led by Jack Cade, who misleads the rabble with false promises, decries the corrupting influence of grammar schools (where men “usually talk of a noun, and a verb, and such abominable words as no Christian ear can endure to hear”) and objects to a henchmen’s proposal to first “kill all the lawyers,” only on the grounds that he’d rather to do the job himself. All that’s missing are the Confederate flags and selfies.

By contrast, the rebellion that Laertes leads in the fourth act of “Hamlet,” when in “riotous head” he overwhelms the castle guard to obtain answers about his father’s death, is snuffed out before it begins. But the menace is nonetheless real.

“The doors are broke,” Claudius ominously announces as Laertes, urging his supporters to wait for him outside, demands an audience with the king.

“What is the cause, Laertes,/That thy rebellion looks so giant like?” Claudius calmly inquires. He has been anticipating such a challenge since the start of the play, and his Machiavellian wiles have already kicked into high gear.

Unlike Hamlet, Laertes is no intellectual match for the conniving king. His fury is cooped by Claudius, who cares only about securing his own position. Because the threat is so easily tamed, I don’t think I ever fully took in the import of the scene or appreciated how the fear of insurgency has been shaping the conduct of those in power.

“Hamlet” opens with two sentinels keeping the night watch. Foreign mischief is afoot. Young Fortinbras, the prince of Norway, is waiting for his opportunity to reacquire the lands lost when old King Hamlet slew his father.

But the source of foreboding in the play comes from inside Denmark. Rattling the guardsmen is the restive ghost of Hamlet’s father, who exhorts his son to avenge his foul murder at the hands of his scheming brother, Claudius, the newly installed king.

A tyrant sits on the throne of Denmark, and like any leader who has obtained office through illicit means, he is understandably paranoid about the perceptions of his legitimacy. Claudius doesn’t want Hamlet to return to university, not out of any avuncular affection but because it’s safer to have the distraught prince at court, where his seething resentments can be closely monitored.

Hamlet adopts a mad demeanor to throw everyone off the scent of his endlessly delayed revenge. But even when his madness spirals into manslaughter, Claudius is reluctant to use too strong a hand, for he knows that the prince is “loved of the distracted multitude” — a potent danger for a ruler uncertain of his hold on his fickle subjects.

The language Claudius adopts is that of the politician intent on staying one step ahead of trouble. The markedly different registers of the play, from the speechmaking grandiosity of the king and his courtiers to the interior lightning of Hamlet’s soliloquies, throw into relief the gap between seeming and being that Shakespeare can’t help contemplating in theatrical metaphors.

Hamlet dissects this subject matter with the rigor of a dramatic poet. But underlying the social masquerade that so offends his idealism is power politics at its most raw.

Contemporary productions, still weirdly under the sway of Freud’s Oedipal reading of the play, tend to reduce the tragedy to a character study. The role of Fortinbras, the strong arm of history, is usually truncated or cut entirely. (He was reduced to a video presence in Robert Icke’s “Hamlet” with Andrew Scott and was missing in action in Sam Gold’s “Hamlet” with Oscar Isaac.)

The inordinate length of “Hamlet” requires that a director choose from the play’s multiplicity. But until you can hear Laertes pounding at the door, as we now can hear the roar of a mob breaching the Capitol building, it’s impossible to understand the motivations of those clinging to power.

Claudius explains to Laertes that the reason he hasn’t loudly denounced Hamlet, beyond the pain it would inflict on Gertrude, is “the great love the general gender bear him.” The public refuses to see any fault in the prince, and the king fears his accusations would miss their target and revert to him.

Even Gertrude is careful not to step on any public relations landmines. She consents to admit Ophelia only after Polonius’ death when she’s advised by Horatio that “’Twere good she were spoken with, for she may strew/Dangerous conjectures in ill-breeding minds.” (Thankfully, the queen doesn’t have to worry about Twitter.) Later, when Gertrude must tell Laertes that his sister has drowned, she tactically drifts into ornate lyricism. The flowery music of her language, while lending dignity to a maiden’s sorrowful end, is shrewdly calculated to soothe Laertes’ vengeful breast.

The political rot in Hamlet’s Denmark is hardly breaking news. But for this reader, the corruption in Elsinore is no longer an abstraction. The siege of the Capitol — the culmination of Trump’s unscrupulous presidency — marks an end to American innocence about the exceptionalism of our system of government. Yes, our democracy has always worn its imperfections on its sleeve. But the possibility of a mob decapitating the government was unthinkable before the invasion of House Speaker Nancy Pelosi’s office and the ghoulish chants of “hang Mike Pence.”

Shakespeare wrote “Hamlet” sometime around 1601, the year of the notorious Essex Rebellion, in which Robert Devereux, Earl of Essex, was arrested and beheaded for leading a group of rebels in a plot to overthrow the government. Historians have speculated that supporters of Devereux paid Shakespeare’s company, the Lord Chamberlain’s Men, to perform Shakespeare’s “Richard II,” a history play that dramatizes the deposition of a king, the day before the planned revolt.

Whether “Richard II” was used as a propaganda tool to foment an insurrection is a matter of scholarly debate. But some critics have glimpsed Shakespeare’s thoughts about the Essex rebellion in “Hamlet.”

The formidably exact 20th century Shakespeare scholar M.C. Bradbrook has wondered whether the “involvement of the players in ‘The Murder of Gonzago,’” the play Hamlet retools to “catch the conscience of the king,” “may be Shakespeare’s hindsight view of what it meant to the Lord Chamberlain’s Men to have played ‘Richard II’ at the plotters’ request.”

But even if the chronology of composition doesn’t support such a notion, Shakespeare was writing at a time when sedition was in the air and anxieties about succession were rife. Elizabeth I didn’t have an heir, and with Catholics and Protestants at one another’s throats, the prospect of civil discord was omnipresent. “Julius Caesar,” the tragedy that precedes “Hamlet,” makes clear that political assassination and upheaval were never long out of mind in this period.

When I turned to “Hamlet” in preparation for a seminar I’m teaching at the California Institute of the Arts, I had hoped to take a break from the news. The last thing I expected to discover was Trump’s machinations in “the bloat king,” Hamlet’s vivid phrase for his morally dubious uncle-stepfather.

The students’ attention was drawn elsewhere, to the ill-treatment of Ophelia, whose chastity is a family fixation and whose affections are of little account to the patriarchy. Deployed as a trap for Hamlet, she finds herself crushed between the manipulations of Polonius and Claudius and Hamlet’s anger over being betrayed.

Female sexuality is as unnerving to the men in power as the prospect of a revolution or coup. It is something to be surveilled and controlled. Any threat to property or prestige must be immediately quashed — or sent to a nunnery.

As images of the rioters have been appearing on the news, I keep wondering about the unlucky spouses and children of those who were prepared to use deadly force against their government to keep a deceitful demagogue in office. Whenever there’s a mass shooting, it seems only a matter of time before we learn about the killer’s record of domestic violence. The family drama, as Shakespeare understood, mirrors the national story.

Reencountering “Hamlet” at this tumultuous moment in our history lays bare the brutal power dynamics that can get lost in the abstraction of politics. The tragic events of Jan. 6 may be too crude and chaotic to be called Shakespearean, but they shed unexpected light on a tragedy that never fails to illuminate us.