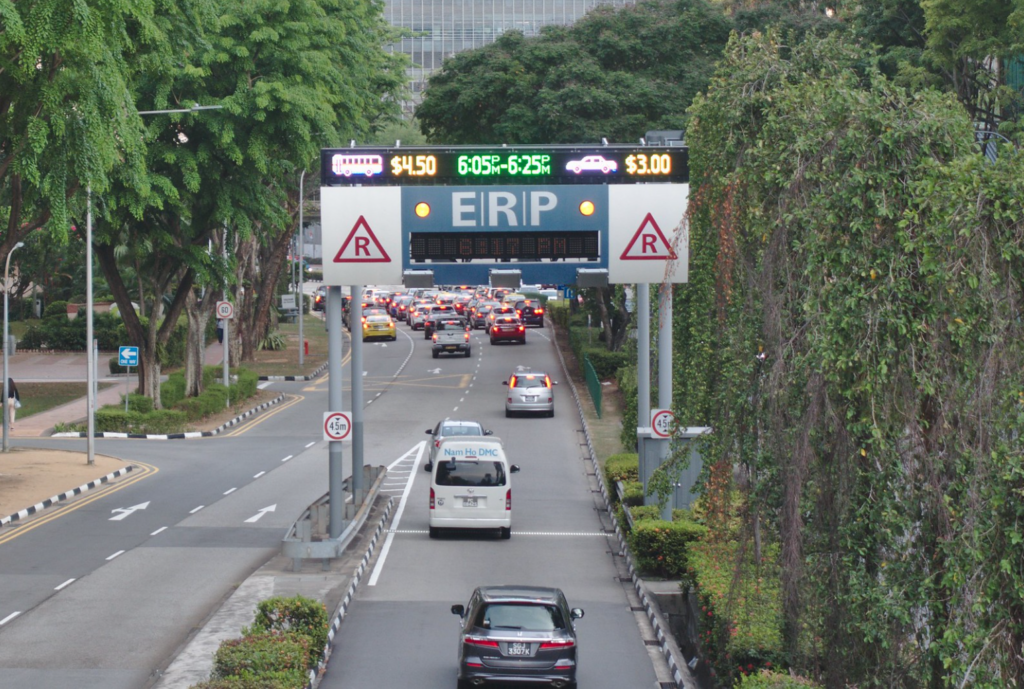 TechCrunch is hosting a mobility-focused, virtual conference on June 9. The event will feature everything from micrombility and smart cities to autonomous vehicles and electric aircrafts. Join 2K+ mobility industry leaders, startups, and investors and save an extra 10 percent on tickets with promo code “streets.” Book tickets now.

U.S. drivers are buying increasingly huge cars, in part because of all the time they spend stuck inside them at rush hour — but a new study suggests that if drivers had to pay congestion tolls, they’d be significantly more likely to pick smaller vehicles that are less dangerous to vulnerable road users.

In an analysis of 300 households in the Seattle region, researchers at Washington State University studied drivers’ vehicle commute patterns and vehicle purchases across six years. The researchers found that the two primary purchasing motivations for mega-car drivers were 1) the comfort of what is essentially a large living room on wheels, which they know they’ll be forced to spend a lot of time in, and 2) the perception that their huge vehicles would protect them in an event of a crash (which they are more likely to experience because of all that time on the road).

Those findings, of course, confirm what many researchers have found in the decades since American car buyers began accelerating a national “arms race” of increasingly large car purchases. That trend is a big reason why pedestrian fatalities have skyrocketed in recent years, since heavy vehicle weights, high front grilles, and other design choices common to megacars are significantly more likely to kill a walker than a lighter, low-slung vehicle.

But what was more surprising about the Washington State study was just how often a congested commute was a predictor of who would buy an SUV, pick-up, or other light truck — and just how much those purchases might nosedive if drivers were forced to pay a congestion toll that more accurately reflected the societal costs of their idling time: Researchers found that if megacar drivers were subjected to even a moderate peak-demand charge, they would have fewer incentives to pick big, comfy, heavily-armored SUVs.

And if all of them had their commute routes appropriately tolled, the market share of mid-to-full size SUVs would decrease from 31 percent to an estimated 23 percent — a falloff of nearly a third.

If extrapolated across the country, such a shift in buying patterns would reduce road fatalities by 10 percent, saving taxpayers a staggering $25 billion a year in crash costs alone — something the U.S. sorely needs, especially if the pedestrian-killing features of assault cars continue to go almost entirely unregulated.

“When you make travel decisions, you’re considering a trade-off between the benefits of travel and the costs of travel,” said Dr. Jia Yan, a professor at Washington State and an author on the study. “Congestion policy forces you to take the external costs of driving into the consideration. When you drive into a traffic jam, you increase the travel time of all others, and you increase the likelihood of crashes; congestion pricing can force you to consider that.”

Saving thousands of lives isn’t the only unexpected benefit of congestion pricing. The researchers also found that increasing peak-demand tolling would improve the average fuel efficiency of the nation’s vehicle fleet by three percent, even if drivers don’t adopt electric vehicles or cut their annual mileage (though if we really want to save the planet, they really should). That positive impact might be offset if drivers choose longer routes to avoid tolled roads, but the researchers emphasized that in their model, most high-volume roads would be appropriately tolled — and even if less of them were, the average American car would still shrink, and lives would still be saved.

The researchers also noted that congestion pricing could be even more critical in the future, especially if techno-optimists’ vision for an all autonomous, all-electric future comes to pass. If the U.S. becomes a nation of privately owned Teslas rather than a nation of shared robocars that run on clean energy — as some researchers fear we will — demand-based tolling (and its companion, vehicle miles travelled taxes) will become essential to keeping roads clear and our highway trust fund funded. (Though, again, solving the hypothetical problem of how to maintain an electric AV-dominated road network is way less pressing than figuring out how to just shift drivers onto the greener, safer modes we already have.)

But even in the short run, congestion pricing has the potential to help solve a raft of social problems way beyond the time drivers spend stuck behind the wheel — if advocates can just persuade lawmakers to support it.

“Congestion pricing is not very popular in this country,” said Yan. “But policymakers who care about environmental issues, reducing fuel consumption, and reducing travel crashes should consider it — and not just because they want there to be fewer traffic jams.”