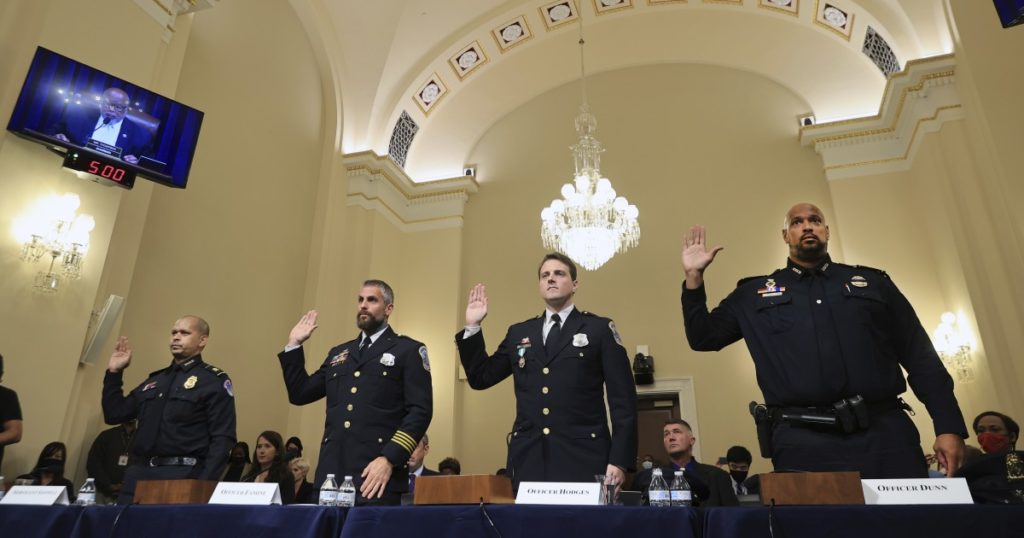 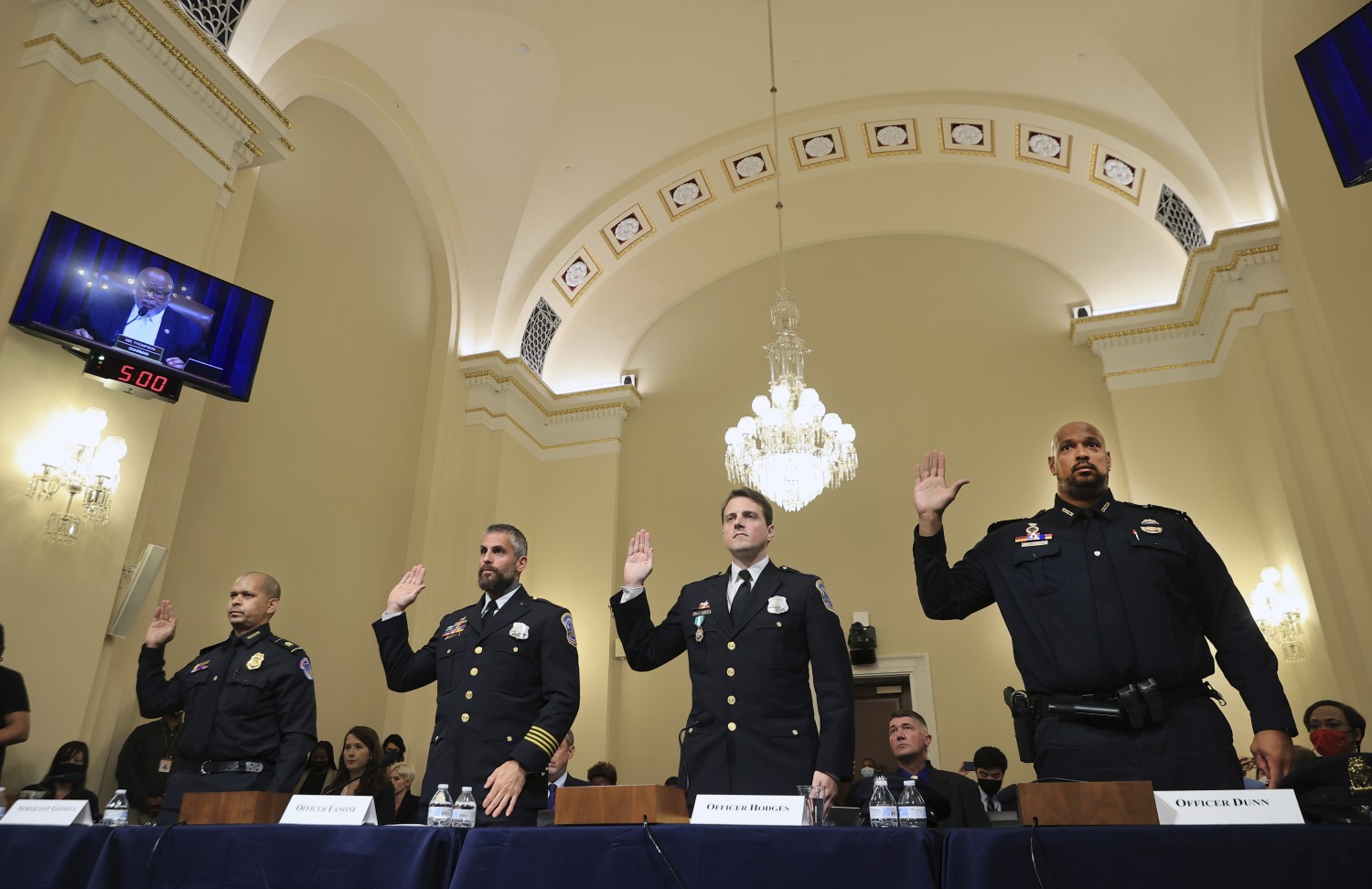 “Let that sink in” is among the most persistent refrains on political Twitter.

Jolts have hit American brains too fast and too furious over the past five years, what with political upheaval and the pandemic. Our minds need “sink-in” intervals to absorb what has happened.

Even as overused as the phrase is — enough to merit parody, with images of bathroom sinks — it still functions to express baseline incredulity. This week, during the congressional hearings on the Jan. 6 Capitol attack, the meme surfaced again.

Rep. Bennie Thompson (D-Miss.), the chair of the House select committee, opened the proceedings on Tuesday by observing that the deadly insurrection meant that, for the first time in American history, “The peaceful transfer of power did not happen. It did not happen. Let that sink in.”

Later that day, actor and activist Mark Ruffalo tweeted, “Betrayed their oath of office. Let that sink in.”

Ruffalo was quote-tweeting the testimony of Metropolitan Police Officer Michael Fanone, one of the District of Columbia police who testified Tuesday.

Fanone was severely injured as he tried to protect the Capitol from armed Trump supporters and other far-right groups. “Nothing has prepared me,” he said Tuesday, “to address those elected members of our government who continue to deny the events of that day and in doing so betray their oath of office.”

Thompson’s and Ruffalo’s palpable “let that sink in” shock at the insurrection and at its denial is the point of the hearings convened by the select committee. It’s their reason for being. We have to go over the indisputable facts of the Capitol attack and its aftermath again — and again — so we fully comprehend what happened, and so we refuse to allow history to be reconfigured by revisionists and justifiers.

It’s been only seven months since American terrorists, flying Trump flags and Confederate flags, violently attacked their own Capitol, at what they claim was the behest of the then-president, and with the spoken intent, in some cases, to kill public servants and elected officials.

Would such a sentence have tracked at all five years ago?

And, even now, can anyone honestly claim they’ve registered — I mean in their bones — that American terrorists brought a noose to the U.S. Capitol and called for the hanging of former Vice President Mike Pence?

But they did. And that’s why the video shown in the hearings and the testimony of those who were there should be required viewing and listening for all Americans.

Time magazine has designated the Capitol attack “the most documented crime in history,” but that assertion alone won’t help anyone digest it. It’s crucial that we see and hear the documentation, even though, as Thompson put it, “many may find [it] disturbing.”

The aerial images in the video shown at the hearing reveal the ghastly extent of the siege. Audio makes clear the frenzy, rage and lethal intentions of the attackers. At top voice, using the crudest, most violent anti-police insults and white-supremacist slurs, they bash, trample and maul the Capitol’s defenders.

To fail to come to terms with this evidence leaves the mind vulnerable to those on the far right who are trying to rebrand the terrorists as “loving” (Donald Trump), “tourists” (Georgia GOP Rep. Andrew Clyde), part of a merely out-of-hand “political protest” (TV personality Tucker Carlson) or “peaceful” (TV personality Brit Hume).

To aid in the public’s process of understanding, the Capitol and Metropolitan police officers testified levelly to what they saw and heard. They demonstrated exactly how to stay close to the facts, how to prevent anyone from twisting them.

What tyrants want, what gives them the whip hand, wrote George Orwell, is for you to doubt your own perceptions, “to reject the evidence of your eyes and ears.” With their words and demeanor, the officers showed us how to restore confidence in our experiences and resist that tyranny.

Here’s what the audio shows us that one radioed to a superior that day: “We are still taking metal off, sharpened objects, missiles that include bottles and rocks and hand-thrown chemical-grade fireworks.”

“Under normal circumstances, we just stay shut,” Sgt. Aquilino Gonell told the committee. “We don’t talk about what happened to us. But this is bigger than that.”

We can’t not listen, we can’t stay shut either. If we meet our obligation to attend to the evidence of the Jan. 6 crimes, we will understand the perfidy of figures like House Minority Leader Rep. Kevin McCarthy (R-Bakersfield) and Rep. Jim Jordan (R-Ohio), who have violated their oaths of office and cravenly denied the true extent of what happened at the Capitol.

If we let the reality of that terrible day sink in, the facts will finally be bigger than any attempt to discredit them.