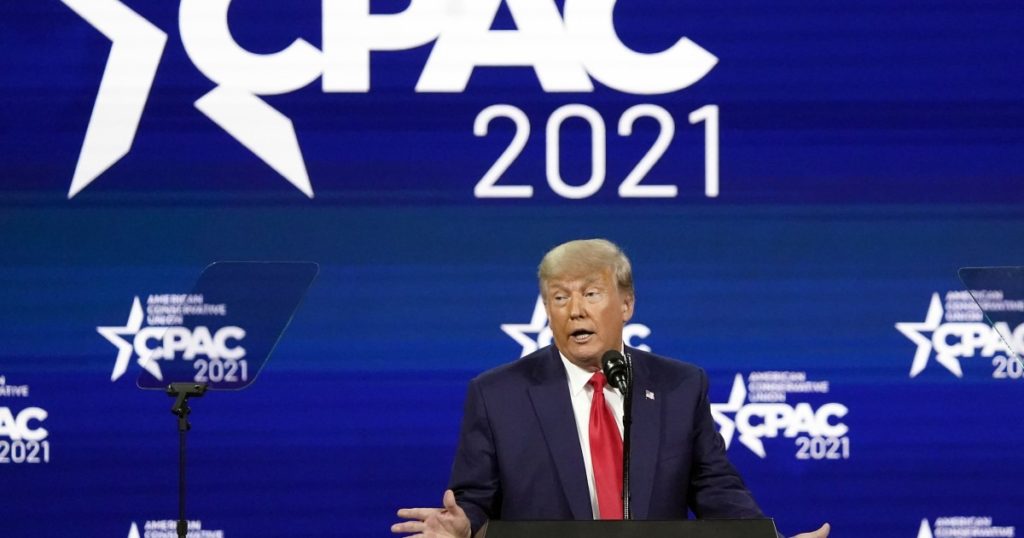 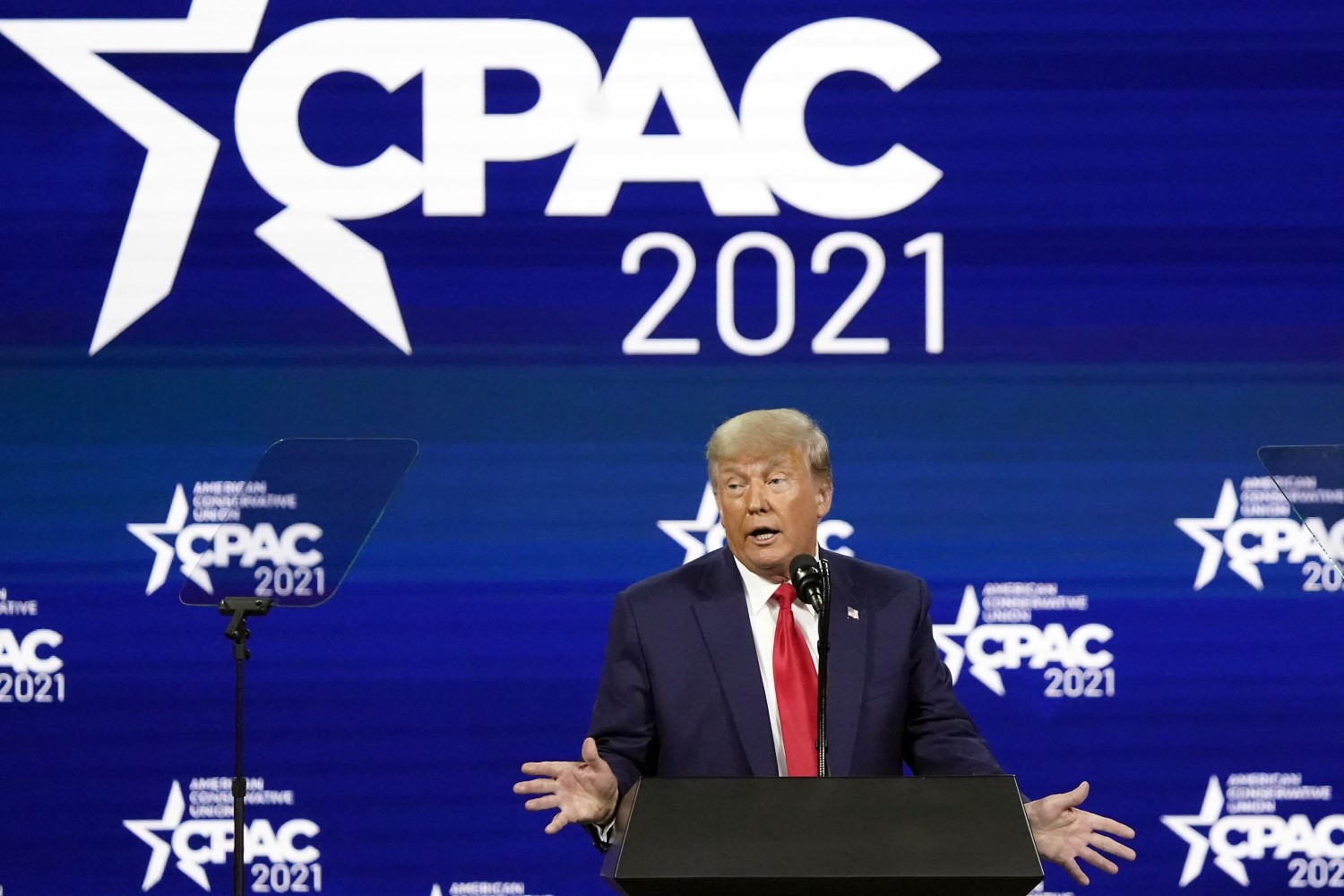 After losing a presidential election, the usual next step for a political party is to pause, take stock of its problems and begin looking to a new generation of leaders without the same liabilities.

Republicans haven’t been able to do any of those things, because Trump, who still insists he was the rightful winner of an election he lost by more than 7 million votes, refuses to yield the stage.

Literally. Over the weekend, the former president was the featured speaker at the Conservative Political Action Conference. He delivered a 90-minute speech reprising themes from his 2016 campaign (the one he won): the menace of uncontrolled immigration, the importance of “great trade deals.” And he announced, with evident relish, that he intends to raise campaign money to help unseat 17 GOP members of the House and Senate who voted to impeach or convict him after a pro-Trump mob stormed the Capitol in January.

He cited all 17 by name, including “Little Ben Sasse,” the senator from Nebraska, and Rep. Liz Cheney of Wyoming, whom he dubbed “the warmonger.”

“Get rid of them all!” he proclaimed, drawing cheers from the faithful.

But that’s not what Republicans need right now. The party lost in 2020 not because it didn’t march in lockstep, but because it drew too few votes.

If Trump follows through with his promised campaign of revenge, the result will be an even smaller, purer GOP defined mainly by loyalty to one charismatic leader.

It’s a recipe that, like much of Trump’s approach to politics, is outside recent Republican tradition.

“Ronald Reagan taught us that politics is all about addition — about building a coalition,” Scott Reed, a longtime GOP strategist, told me. “Trump is all about subtraction.”

“We’re already the smaller of the two parties, and now they’re trying to shrink it further,” complained Republican consultant Scott Jennings, a former aide to Senate Minority Leader Mitch McConnell of Kentucky. “Why can’t we be the party of everybody?”

What Republicans need, he argued, is a substantive effort to define a new conservative agenda.

“We’re having an identity crisis,” Jennings told me. “What’s the purpose of the party? What does it mean to be a conservative any more? We don’t really have a policy agenda right now. We seem to be defined by what we’re against. The only thing we’re for, we’re told, is that we have to be for Trump. That’s not enough to build a national popular majority.”

Indeed, Trump offered little in the way of new ideas in his CPAC stemwinder, unless you count a newish theme in his attacks on President Biden: a warning that proposals to allow transgender athletes to compete in school athletics “would destroy women’s sports.”

“Many people have asked what is Trumpism, a new term being used more and more,” the former president mused in his nearest brush with political philosophy. “What it means is great deals — great trade deals.”

It’s not Trump’s philosophy that worries GOP strategists most, though; it’s the more practical prospect that he may damage their chances in the 2022 midterm elections for the House and Senate.

The former president’s plan to foment primary challenges to his GOP critics is not going to help, they warned.

“American politics is decided in the suburbs, and Trump underperformed most House and Senate candidates there,” Alex Conant, a former campaign aide to Sen. Marco Rubio of Florida, told me. It’s hard to see then how his backing will be a huge help for the party.

One more factor: The former president’s noisy presence in the midterm campaign could actually be a gift to Biden and the Democrats.

Many GOP strategists blame Trump for their loss of the Senate, which occurred after he intervened energetically in two Georgia runoff elections. One effect of his presence was a jump in Democratic turnout.

“The Democrats use Trump to motivate their base,” Conant noted. “I don’t think the Biden team will mind if he continues playing a prominent role.”

But GOP candidates and their strategists haven’t found a way to get the former president offstage. Polls show that most Republican voters remain fiercely loyal to Trump and say they would gladly vote for him again.

Much of the speculation around Trump has focused on whether he plans to run for president again in 2024, when he will be 78. He gleefully encouraged speculation about that question last weekend.

But 2024, politically speaking, is still a long way off. Trump is damaging his party’s fortunes right now.