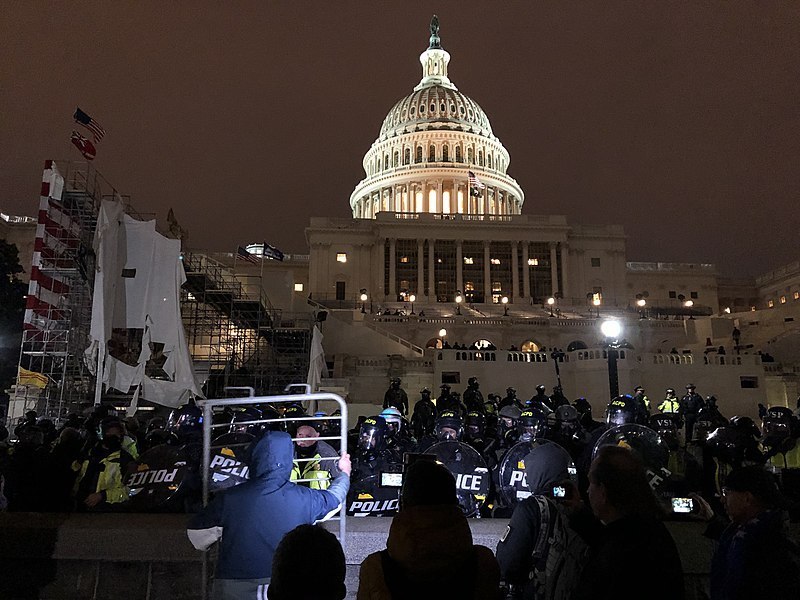 Fourteen Republicans in the California delegation to the House of Representatives wrote a letter three years ago, urging President Trump to block already-committed funding to Caltrain’s electrification project. The logic was that since California’s high-speed rail project will eventually use the same tracks to reach San Francisco, cutting off funds to Caltrain was a good idea simply because it would sabotage and delay HSR.

That absurd move was defeated, but it’s noteworthy that the Republicans who signed that letter–all of whom have repeatedly attempted to torch California’s rail modernization efforts–are the same ones who backed last week’s attempted insurrection and violent, terrorist attack on the Capitol. These include House Republican Leader Kevin McCarthy of Bakersfield, Fresno’s Devin Nunes, and Tom McClintock. The exception is Fresno’s Rep. David Valadao, who finally found a little spine and voted to impeach the president this week (Valadao owns property on the HSR alignment, so his motivations for opposing it differ).

One might conclude the correlation is just a function of their party affiliation. But other Republicans, such as former Governor Arnold Schwarzenegger, former Congressman and Transportation Secretary Ray LaHood, and former mayor of Fresno Ashley Swearengin, are strong supporters of the rail project. They know it will drive economic growth and is therefore beneficial to the Central Valley and the State.

They’re Republicans, but not Trump supporters. LaHood endorsed Biden. And Schwarzenegger likened the Trump-lead attack on the capitol to the Nazi atrocities on Kristallnacht.

It’s certainly not news that there’s an irreconcilable schism in the Republican Party. On the one side are principled Republicans who believe in free-markets and facilitating enterprise and that conflicts are worked out at the ballot box.

On the other are self-serving nihilists.

Bakersfield, Fresno, Hanford were hollowed out thanks to the construction of Interstate 5 in the late ‘60s and early ‘70s, which bypassed and effectively isolated the cities from the rest of the state. The economy of the Central Valley has never recovered. If McCarthy cared about the people he represents, he would latch onto the idea of providing a fast train connection from Bakersfield to L.A., San Francisco, and Sacramento, just as Swearengin has for Fresno.

Instead, McCarthy and his clan of Trump Republicans regularly deride their own districts as being “nowhere”, as in this tweet below, which falsely states that the project was stopped.

The train to nowhere is finally stopped. This is the right move by @GavinNewsom. #CAHSR

Now, by joining an open insurrection against the country, they are showing the disdain they have towards their own districts for the United States itself.

Real pro-growth conservatives encourage government projects that expand the economy. Not just in this country; just look at Boris Johnson’s support for high-speed rail in the United Kingdom. The fast, unencumbered movement of people and goods is the underpinning of a healthy free-market. That’s why the U.S. builds roads and airports and why the Republican Party’s most famous president, Abraham Lincoln, built the Transcontinental railroad in the middle of the Civil War. Building basic infrastructure isn’t partisan. Republicans and Democrats can take pride in building things that create jobs, promote business, provide new travel options, and bring Californians together.

One can disagree with how things are managed on any particular project, but that’s not what McCarthy and friends are doing. Apparently their only real motivation for opposing HSR is that it started under Barack Obama and Jerry Brown. And despite the fact that the voters of California approved HSR, they have never stopped trying to sabotage it.

Real members of the party of Lincoln honor the will of the voters, even if they don’t like how a particular election turned out. They don’t try to burn down projects just because they originated with Democrats. And they stand against insurrections, even if it costs their careers or their lives.

McCarthy’s hometown paper, the Bakersfield Californian, reports that calls for his resignation are growing and funders are withdrawing. His refusal to impeach a traitorous, racist, fascist president, at least for many, is the last straw. Similar calls are being made for all the Republicans who stood with the insurrection.

Let’s hope people in the Central Valley learn from these shameful few weeks, draw the connections, and stop electing lawmakers who disparage them and obstruct progress in their region–and who hold democracy itself in disdain.