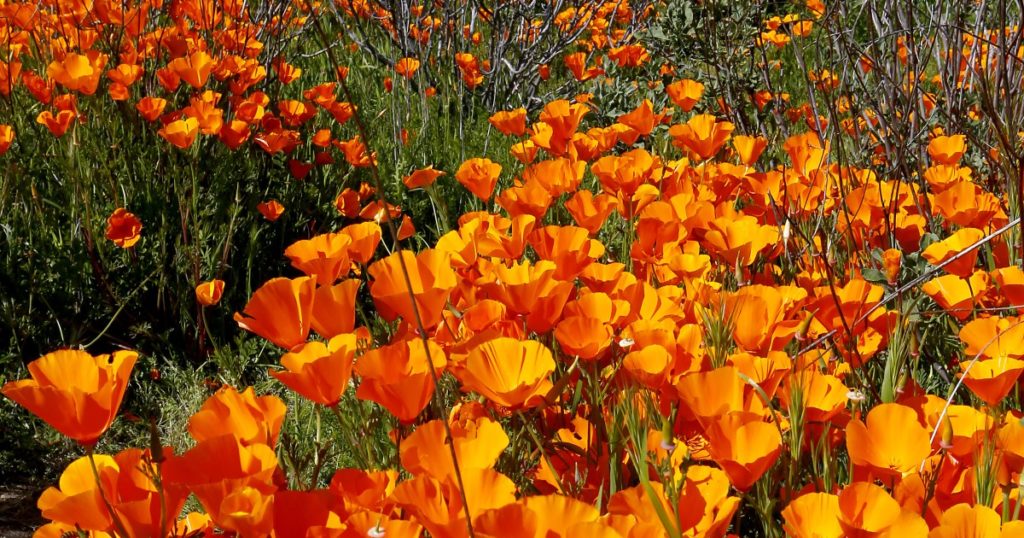 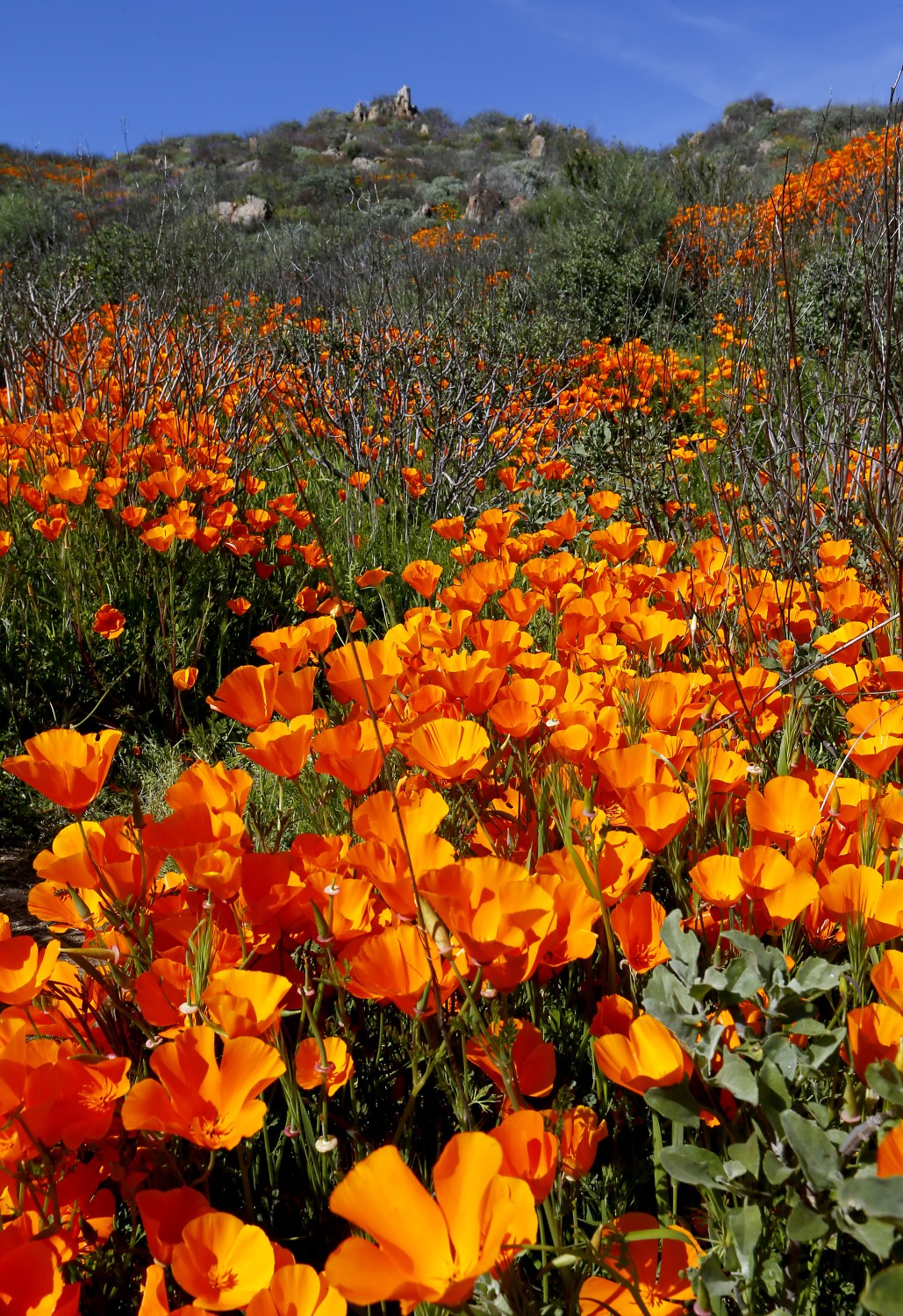 Early in the 1990s, Time magazine published a lurid cover — the sun setting into a blood-red sea — fronting a special edition devoted to the decline and fall of the great Golden State. “California,” the sorrowful headline read. “The endangered dream.”

Alas, it was sadly suggested, far too many people wished to live here.

“The problem comes down to California’s rapid population growth, doesn’t it?” then-Gov. Pete Wilson was asked in an interview. “Is there anything you can do to slow the population inflow?”

Today, it is gleefully asserted, too many people are fleeing.

Gloating dispatches report an exodus of millionaires, billionaires and hard-pressed members of the state’s middle- and working classes — their U-Hauls piled high like Dust Bowl refugees — supposedly depopulating California, hollowing out its COVID-stricken economy and leaving this once promised land to sink tragically into the Pacific.

There is no exodus.

The nonpartisan California Policy Lab found that most people who moved in 2020 remained within the state, many trading city life for more suburban or rural areas. The well-to-do weren’t jetting off to spread their lucre elsewhere, parching Sacramento’s coffers. In fact, they were more likely to stay put than those of lesser means.

There was an uptick in movement from the state. In the final quarter of 2020, 139,000 more people departed California than arrived, a droplet of humanity — .003% — in a sea of 40 million residents. Though growth has been slowing in recent years, owing in good part to decreased birth rates and less immigration, the state’s population has, since 1900, moved inexorably upward.

The willingness to assume the worst, to write California’s obituary and tromp on its Golden Poppy-laden grave, is not new. (The latest gloomy accounts, it should be said, have included some in the L.A. Times.)

H.D. Palmer, who has overseen numerous cycles of economic ups and downs as spokesman for the state Department of Finance, likens the frequency of death notices to the rhythm of California’s exceptionally high King tides. “They’re expected, they’re predictable, and they’re dramatic,” said Palmer, who has served in Sacramento under four governors, two Republicans and two Democrats. “They also will eventually ebb and recede.”

It seems necessary to acknowledge here, with italics for emphasis, that California has enormous problems.

The disparity between rich and poor is unconscionable. The legion of homeless people living on the streets is a disgrace. In many places, the cost of housing has gone from obscene to unspeakable, pricing out all but the rich or those fortunate enough to have purchased a home long ago. Traffic, edging closer to pre-pandemic normal, is increasingly awful.

That said, many still find California preferable to most places.

Half of registered voters surveyed in a 2019 Berkeley IGS poll described the state as “one of the best places to live” and another 25% said California was “nice” if not outstanding. Just 14% considered the state a “rather poor place” to make a home.

Fifty percent is well shy of the seven in 10 who consistently heaped love on California between 1967, when pollsters first asked the question, and 1985, when the state’s mighty manufacturing engine maintained a steady output of contented middle-class home owners.

But it’s far better than the paltry one in three who rated California highly during the deep recession of the early ‘90s. (For comparison sake, the last time voters considered recalling their governor, in 2003, 47% said the state was one of the best places to live and 7% rated it poorly.)

California “is a big, vibrant, exciting, complicated place,” said Jim Newton, a former Times editor-turned-historian-and-biographer. “Lots of bad things happen, but lots of good ones do, too.”

He ascribes at least some of the media’s eagerly apocalyptic accounts to jealousy.

“California in recent decades has been so ascendant,” Newton said, “so dominant in terms of national culture and politics, that people like to see it taken down a peg or two,” in the same way Hollywood stargazers might relish a trashy scandal humbling one of its celebrities.

Kenneth Miller agreed. Bashing California, he said, is “like rooting against the Yankees in baseball.” But he also sees something else at work: partisanship.

California has come to be the capital of Blue State America, a land where residents pay higher taxes in support of more generous services, embrace a credo of live-and-let-live and condone stiffer regulations to give greater protection to the environment. That stands in contrast and direct competition with Red State America, where the governing philosophy is lower taxes, less regulation and social conservatism. (Texas, the red-state capital, is a place where residents have been known to burn their furniture to stay warm when the under-maintained power grid fails.)

Residents of those states along with their politicians, think-tank evangelists and media allies are “looking for any sign of weakness or failure in California and other blue states as evidence of the superiority of their models,” said Miller, a professor of government at Claremont McKenna College and author of “Texas vs. California: A History of Their Struggle for the Future of America.”

Through good times and bad, Californians have considered their beautiful, bounteous, demanding and sometimes maddening home a place apart, an “island on the land” in the felicitous phrase of the state’s great chronicler, Carey McWilliams.

“Remember the obituaries? Would the last person to move to Boise please turn off the lights?” the article said with a hint of mockery. But, the piece went on, “a funny thing happened on the way to the graveyard.”

As if the judgment of a New York magazine made it so.