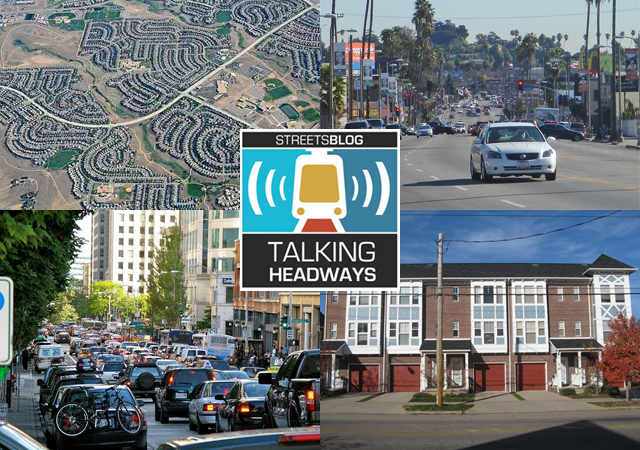 This week, we’re joined by Yonah Freemark for the annual prediction show! Freemark chats with us about his new job at the Urban Institute, projects added to his transit inventory, look back at our predictions from last year and make predictions about the coming infrastructure bill. We also take a look into the committees in congress that will be key to getting a bill passed.

An edited transcript is below the player. The full, unedited conversation is here.

Jeff Wood: Let’s get into the report, we can’t go through every line because obviously that’s insane. But I think I asked you each year, I think I asked you if you have favorites, if there’s any ones that stuck out to you from the expansions or even from the openings, we’ll get into what we predicted last year, but anything stick out to you this year, while you’re going through and looking for lines?

Yonah Freemark: As I mentioned, the project that is exciting to me is the Honolulu rail project, which is supposed to open the first phase of it, not going downtown, but sort of in the Western suburban areas of that city is supposed to open later this year. And that’s really exciting for me because it’s kind of like the first light Metro automated project in the United States. And it’s going to be exciting to see, whether this has appeal to other communities throughout the country, because we’ve seen a lot of municipalities in Europe, especially in Italy and France, develop light metros that are cheaper than like the New York style heavy rail. They have small vehicles, small stations, but they’ve been able to do it at a reasonable cost and provide really frequent service reliably to their customers.

And I, I’m excited to see whether that Honolulu project could serve as a boost for other cities looking to do something similar.

Jeff Wood: And by light Metro, you mean like Skyrail in Vancouver, those types of projects. So frequent system that doesn’t need a driver necessarily they can come and go whenever so they can boost the frequency pretty easily.

Yonah Freemark: Yeah, exactly, we have a lot of airport people mover type things throughout the United States. I mean, from places from Atlanta to New York City, to San Francisco, we have technologies that are similar to this with automated services that run really frequently and that are really reliable. But the extension of that technology into the regular transit sphere has remained a little far from the popular discussion. And I’m not really sure why that is. I mean, when you look at like Los Angeles’ transit expansion program, it doesn’t include any effort of that sort, despite the fact that other communities throughout the world, you know, Montreal, as you said, Vancouver and named a lot of European cities are investing in that type of technology.

Jeff Wood: Yeah. I think I rode one in Copenhagen actually when we were there.

Yonah: Yeah. Which is the same technology as home.

Jeff: Oh, interesting. Yeah. That people mover thing is interesting. I think people are kind of scared of this kind of the automated guideway thing. I think people are scared of West Virginia Morgantown situation, things like that. I think that’s pushing people off, but as we get more and more into needing more frequency from these systems and we think about it more, I think it’s probably going to take off, I think Honolulu is good, but it’s also, you know, a kind of cautionary tale. I mean, increasing expenses has been, I think, troubling, the attempts to kill it every time there’s a new governor or a new mayor is, is frustrating obviously. And then the rising prices and the threats by the feds to cut off money is another thing.

So there’s, it’s amazing that it’s gotten this far. Actually I’m pretty impressed, but yeah, we might talk about that a little later though, because of our predictions from last year. But I mean, for me, I think, you know, one of the things that was really interesting from my past and looking at what is opening this year is the Green Line in Boston, you know, the extension through Somerville. And that was actually something that when I was younger, we, and I guess I’m so old now I can say when I was younger, we actually did work there looking at the price increases that would accrue to the, you know, going through Somerville. And would that impact the low income neighborhoods in Somerville versus what had happened in Cambridge with the Red Line and others. And so we looked at the three-plexes and all the stuff that’s happening there.

And so we’re like, okay, well, this line might happen in the future. And now here it is almost completed. So, you know, one of my questions to you is if you’d actually seen the construction before you left for DC, and what did it look like? And were you excited about that?

Yonah Freemark: Yeah, so, I mean, this is one of the most exciting projects in the country because it serves a really dense community. I mean, Cambridge and Somerville and Medford are suburbs of Boston, but they are quite dense. They have some of the lowest car use of any communities in the country. And the reason for that is not only their adjacency to Boston, but also the fact that, you know, they’re next to the giant universities of MIT and Harvard. And you just have this huge base of people who are relying on biking and walking to get around. Cambridge has had access to the Red Line subway, but Somerville has been really cut off from the transit system for the most part. And so the Green Line has this awesome capacity to really expand their access to downtown Boston and actually all the way throughout the region because those lines extend out into, you know, Brookline Newton, et cetera.

On the other side of the city. When I was there, what’s remarkable is the number of new developments like housing and commercial developments that are occurring around the stations that are being built. So you have at the Cambridge-Somerville line at the current terminus of the green line at Lechemere, you have a series of huge new projects that have been built in that are under construction. And then going up into Union Square in Somerville as well. You’ve seen a lot of development, but I know that the city has really focused on ensuring that there’s a large amount of affordability as part of those projects. So I think there’s a nice interplay there between transit systems, new development and remembering that we have to keep these things affordable for people rather than creating, you know, a system that’s only affordable.