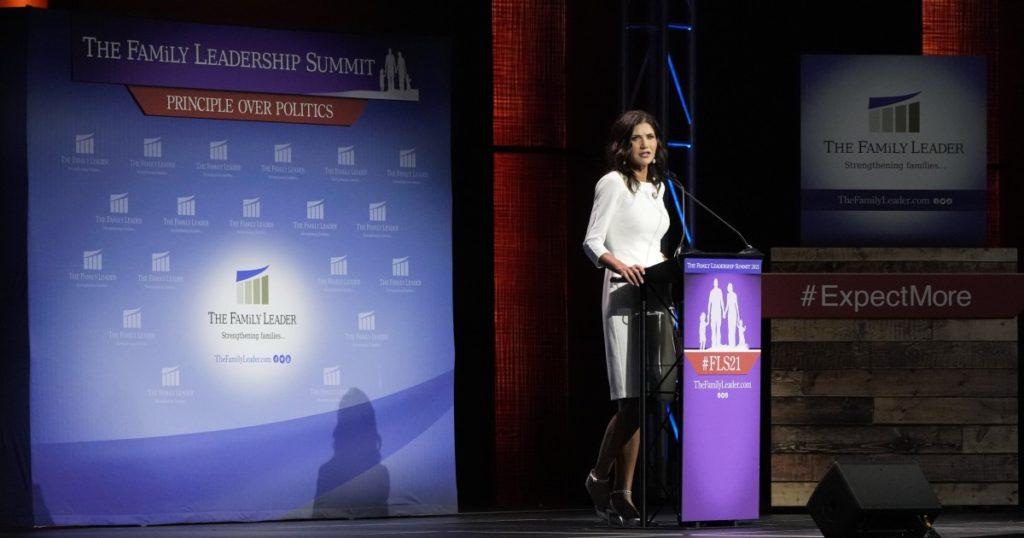 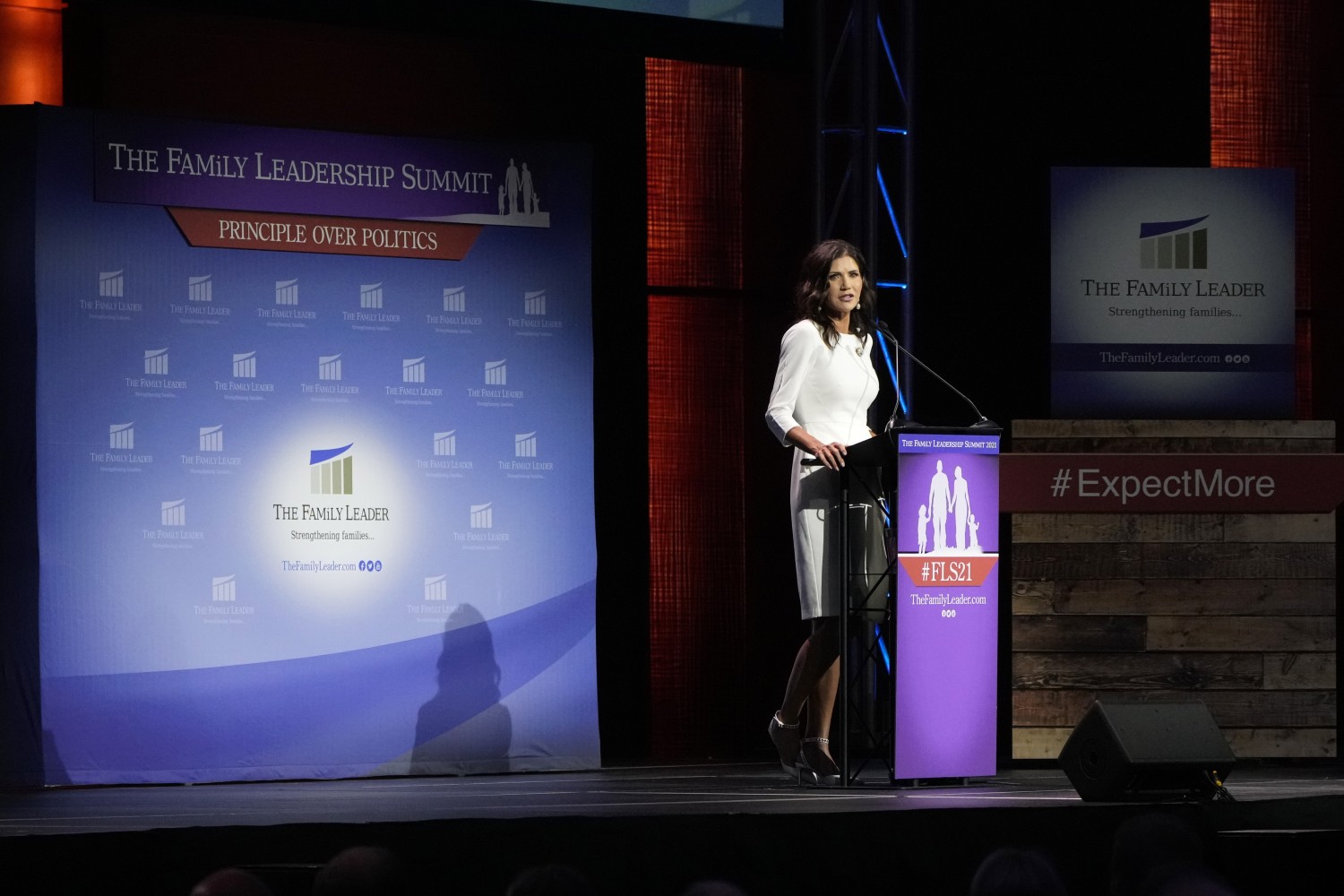 No notable Republican has declared outright a challenge to President Biden in 2024. But plenty of them are flocking to Iowa — courting activists, establishing political action committees and trotting out their best digs against Democrats — signaling that the GOP presidential primary is already underway.

This cycle, however, has a Trump-induced twist. As the former president keeps Republicans guessing whether he will run again, politicians are being especially circumspect about their own White House aspirations.

“Usually, when the race is over and [Republicans] don’t win … the very next day, the race is on,” said Bob Vander Plaats, president of the Family Leader, an influential network of Christian activists in the state. “That hasn’t been the case so much. A lot of people are still asking, ‘What is Trump going to do?’”

The looming question has added an extra degree of coyness as possible contenders cozy up to voters in Iowa, which traditionally has held the first contest of the nominating season. Despite some prominent conservatives in the state sensing desire for a new Republican standard-bearer, politicians are assiduously working not to alienate Trump, who still enjoys broad popularity with the party’s base

“It’s been earlier, and more intense for year one of a four-year presidential cycle, but I would also say all of them are very, very careful not to even intimate that they are potentially looking at a presidential run,” said Jeff Kaufmann, chair of the Iowa Republican Party.

The action so far has focused on building visibility with Iowa voters and earning goodwill from local politicians and party officials by assisting with fundraising. None have taken more concrete steps toward running such as setting up offices or hiring from the state’s deep bench of political operatives.

Their visits have spanned the state. Scott of South Carolina stopped by Davenport in Iowa’s southeast corner this spring to headline a party dinner and affirm his support for Iowa’s first-in-the-nation caucuses. Earlier this month, Cotton appeared in western Sioux Center to perform pushups at a fundraiser with Sen. Chuck Grassley, 87, showing off the latter’s physical fitness as Iowans await to hear if he’ll run for reelection.

At one of the first multi-candidate events of the cycle, the Family Leader’s annual summit in Des Moines, former Secretary of State Mike Pompeo came the closest to acknowledging the obvious, as he started his speech in front of 1,200 conservative Christians by name checking the small towns his Iowa-born wife used to frequent.

“So that’s why I’m back,” he told the activists on Friday. “I don’t know why these other folks are coming back to Iowa. I can’t figure it out.”

His winking tone was met with a knowing laugh from the crowd. The speaker and his audience knew full well why high-profile politicians like him journey to this state, and how speculation about their future is sure to follow.

Pompeo was one of three undeclared hopefuls to appear at the conference; he, along with Pence and Noem, briefly mentioned Trump and extolled his policies. But they avoided discussing the former president’s current fixation — his baseless claim that the election was stolen — and instead focused on making distinctive appeals for conservative governance and values.

Pompeo interspersed his denouncements of the Chinese Communist Party with self-effacing asides, proudly claiming to be the “first redneck secretary of State.”

Pence played the role of motivator, assuring Republicans dejected by Biden’s win that “we still have the winning agenda.”

Noem focused largely on her own biography and record as governor. Her decision not to impose restrictions in response to COVID-19 may have earned her scorn from liberals, she said, but “my people are happy, and they’re happy because they’re free.” She closed her speech by leading the crowd in singing the “Battle Hymn of the Republic.”

Although all three urged conservatives to mobilize against the Democrats’ agenda and to steer the country back toward Christian values, none of them came out and said they should lead that charge as their party’s next nominee.

That day, Noem told Fox News that she was in Iowa just because it neighbored her state, not because it hinted at her goals for higher office. When asked about Trump, she asserted she was “counting on him running.”

Some are even more explicit about how Trump factors into their 2024 plans. Haley, for example, has said repeatedly she would not run against Trump if he sought reelection.

If Trump, who won Iowa by 8 percentage points in 2020, jumps in the race, “it absolutely changes the dynamic — no doubt about it,” Kaufmann said.

But although some hopefuls may bow out, others may run regardless, he said.

“You run for president for a couple of reasons,” Kaufmann said. “One is you think you can win. The second is so the next time you run, everybody knows you.”

He predicted that most Iowa Republicans would be Trump voters if the former president made another bid. Carol Doss, an attendee at the Family Leader summit, said she would be in that camp.

“If he throws his hat in the ring, I don’t think there will be any other contenders,” said Doss, a 57-year-old from Des Moines who works as an elementary school lunch lady.

Vander Plaats, however, said he sensed Iowa Republicans could be won over by a candidate who blends the former president’s policies with a less divisive temperament in hopes of winning back suburbanites turned off by Trump’s behavior.

“Even from those who believe the election might have been stolen, they’re not so sure Trump should be the standard-bearer in 2024 for fear he would not win again,” he said. “That’s where I’m seeing people being open” to other candidates.

Gary Ehrle, a city councilman from Moravia, is among those who could be up for grabs.

“I actually liked Trump. He came out and said, ‘I’m not a pastor, I’m not a religious person, I’m not a politician — I’m a businessman.’ And he was right on target,” said Ehrle, 74. “But the problem was he said and did things that didn’t really didn’t sit right with us. But he seemed to me … that he accomplished what he wanted to do.”

Ehrle said he’d probably vote for Trump again but held out the possibility he’d back “someone else who could fill his shoes.”

Trump, for his part, continues to stoke speculation about his 2024 plans, stopping just short of announcing a bid.

“I can’t reveal it yet. But I absolutely know my answer,” he said on Fox News last week, when asked if he’d run again. “And we’re going to do very well. And people are going to be very happy.”

Many Republicans anticipate that Trump, with his penchant for reality television drama, will keep voters in suspense for as long as possible. But David Kochel, a veteran GOP operative, predicted that as soon as the 2022 midterm elections end, other GOP hopefuls will have to be more upfront about their own presidential plans.

“We’ll know a lot more about what Trump’s intentions are by then. He could tease it all the way until spring of ’24, but as a practical matter, these are big, hard things to do — building a presidential campaign with all the infrastructure,” Kochel said. “My guess is we’re going to see sometime in spring or summer of ’23, people are going to make real decisions.”