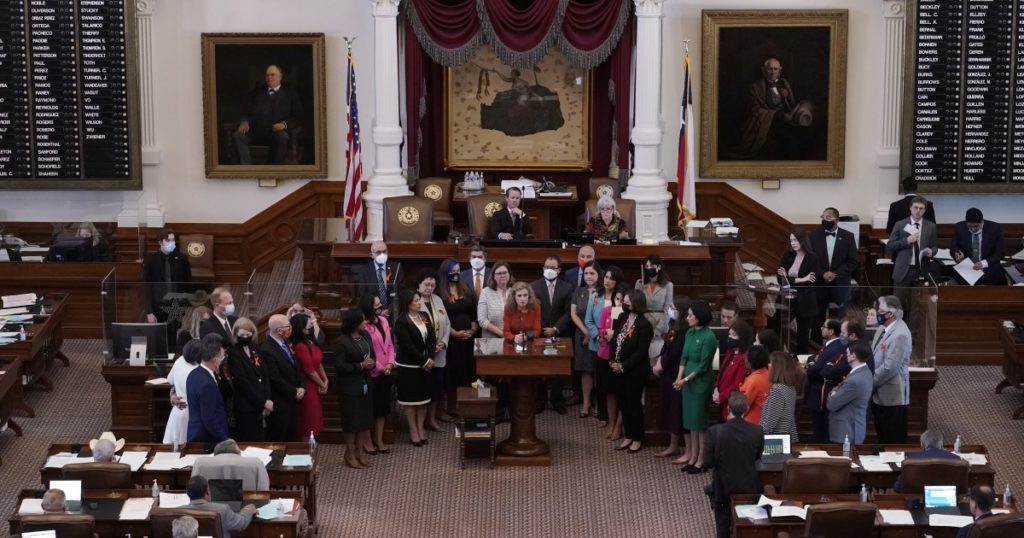 For the first time since 1973, a state law banning most abortions has taken effect.

A Texas law that limits the availability of abortions after six weeks of pregnancy — in apparent defiance of Roe vs. Wade — took effect early Wednesday after the Supreme Court took no action on pending appeals.

The so-called Texas Heartbeat Act makes it illegal for doctors to perform an abortion on a woman after about the sixth week in pregnancy, and it would authorize any person — including those with no relation to the doctor or woman — to sue the physician for violating the measure.

Under Roe, abortions have been considered protected until the 23rd or 24th week of pregnancy.

Lawyers for Planned Parenthood and other abortion providers filed an emergency appeal Monday asking the Supreme Court to put the new law on hold so that a judge in Texas could rule on their legal challenges.

Last week, the 5th Circuit Court of Appeals issued an order depriving a judge in Austin of the authority to rule on the measure or block it from taking effect.

The high court has so far taken no action on the emergency appeal. However, the appeal is still pending, and the justices could act on it at any time.

Abortion rights advocates said the Texas clearly violates the Roe vs. Wade decision, which overturned a Texas abortion ban in 1973 and said women had the right to end a pregnancy.

The court is due to reexamine its abortion precedents in a Mississippi case to be heard in late fall. The new Texas law jumped ahead of the high court’s plans.

The law posed a new procedural complication for abortion rights advocates. Unlike most state anti-abortion measures, the Texas law is not enforced by government officials, but instead “exclusively” through civil suits filed by private parties. That raised the question of whether doctors and abortion providers would be able to challenge the law before they have been sued.

Usually when facing a new law that appears to be unconstitutional, lawyers file a suit against the state’s chief law-enforcement officer and ask a federal judge to block the measure from taking effect.

But in this instance, it was not clear who could be sued as a representative of the state.

On Monday, abortion-rights advocates filed an appeal with Justice Samuel A. Alito Jr., who hears such emergency appeals for the region, and urged the Supreme Court to intervene to prevent states and judges from ignoring its past rulings.

They said the Texas case “presents the question whether a state can evade federal court review of a state law that is in clear contravention of this court’s precedents by creating a scheme of private enforcement in the state’s courts,” lawyers for Planned Parenthood told the justices.

“The drastic consequences of S.B. 8 for public health, women’s health, and the constitutional right to a pre-viability abortion plainly present issues of national importance warranting this court’s review.”

Under the Texas law known as SB 8, “a physician may not knowingly perform or induce an abortion on a pregnant woman” if a fetal heartbeat has been detected or if the physician fails to perform the required tests to detect a heartbeat.

The law “shall be enforced exclusively through private civil actions,” it said. Moreover, “any person” may sue in state court anyone who performs an illegal abortion as defined by the law or “aids or abets” such conduct, and a successful plaintiff is entitled to $10,000 or more in damages.