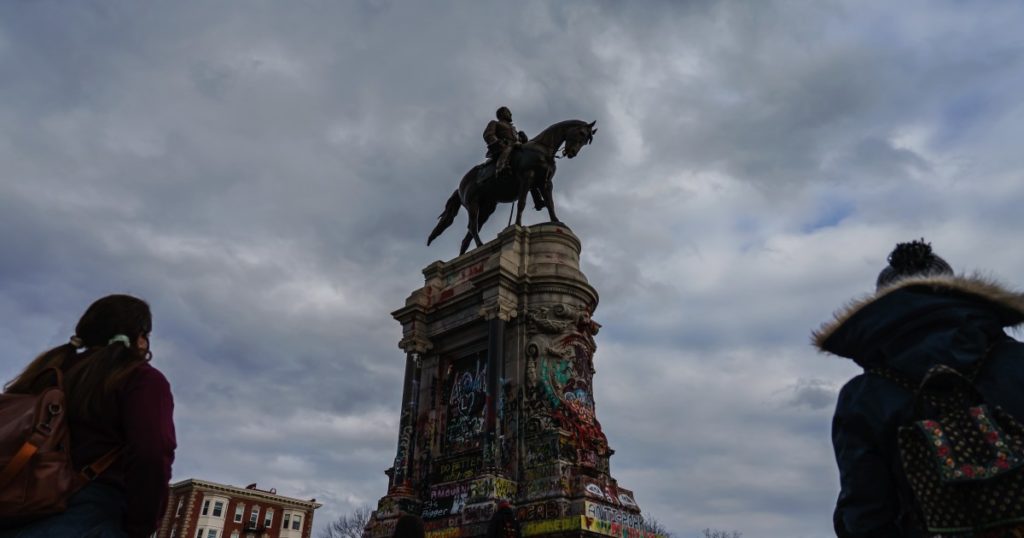 Despite fears of violence and a country on edge ahead of the inauguration of President-elect Joe Biden, gun rights activists rallied outside the Virginia Capitol on Monday, drawing in right-wing groups increasingly hostile toward the government and openly armed in defiance of the law.

They came to Richmond flying flags and shouting slogans, a volatile collection of extremists and militants whose politics and rancor have unsettled the nation in recent weeks. Among the first to arrive were the Boogaloo Bois, then the white nationalist Proud Boys, the Black Panthers and several Virginia militias. All brandished AR 15-style rifles and deep suspicions that Democrats under Biden would tighten gun regulations.

Some armed activists gathered outside the cordoned-off Capitol, ignoring a gun-free zone where protesters were not supposed to openly carry firearms. Dozens of Capitol, city and state police patrolled along metal barricades but didn’t confront the protesters.

The annual rally — held on the state Legislature’s lobbying day — usually draws more than 20,000 people, but was scaled back by the grassroots Virginia Citizens Defense League this year due to the COVID-19 pandemic. Some stood shoulder to shoulder, but hundreds of other gun-rights proponents from across the state drove in caravans in solidarity through the streets of this former Confederate capital.

But a united cause quickly gave way to tensions. A dozen Boogaloo Bois, wearing signature Hawaiian shirts and patches revealing their alliance with Black Lives Matter, cheered as Black Panthers marched past. The Proud Boys taunted the Boogaloo Bois. The Panthers condemned America’s racist past even as others in the crowd blamed the Black Lives Matter movement for defacing Confederate monuments. Some decried the Jan. 6 attack on the Capitol in support of President Trump while others said they had participated in it.

Tom Speciale, 52, a government contractor and Army veteran, said he feared a movement by liberals to regulate guns would gain momentum under Biden.

“If they can disarm you,” he said, “they can control you.”

Speciale joined the Jan. 6 rally in support of Trump, but he said he didn’t break into the Capitol with others in the mob, adding that those who did should be investigated for, “potentially criminal acts.”

“People’s passions are very high,” Speciale said. “They ultimately got taken advantage of by agitators.”

Throughout Monday afternoon, in a city that once epitomized the Old South, men and women with rifles stood their ground 110 miles from the White House. The nation’s ever restless fault lines were evident. Trump was not a focus of the rally, but his specter and the divisions and rage it incites resonated. It raised questions — on a national holiday honoring Martin Luther King Jr. — over the threats far-right extremism and white supremacy pose in an era of widening demands for civil rights and racial justice.

When an armed protester arrived waving a transgender-friendly flag, a militia member accused him of being a pedophile. A few Proud Boys also jeered at him at first, then decided he was on their side. Tempers flared when different groups converged, but they never came to blows.

“Say it to my face!” a Proud Boy yelled back.

Police watched from a distance and didn’t intervene.

A few in the crowd wore Make America Great Again hats, but many more said they didn’t support Trump, including Mike Dunn, a libertarian local leader of the Boogaloo Bois. Dunn, 20, said he attended the rally in defiance of the local ordinance passed by the City Council and backed by the state Legislature last year barring armed protests.

He wasn’t deterred by federal officials investigating Boogaloo Bois and warning they might target state capitals after the Jan. 6 storming of the U.S. Capitol: “They’ve been going after us for years,” Dunn said as he stood with fellow Boogaloo Bois wearing camouflage, a Hawaiian print mask and toting a rifle.

He said he wasn’t afraid of police standing nearby either, despite signs around downtown warning that openly carrying guns was prohibited by law.

“They will not arrest us,” Dunn said. He was right.

During a brief appearance at the rally, the leader of the Virginia Citizens Defense League said he had no problem with Boogaloo Bois and Proud Boys joining the rally.

“They have a right to be here,” Philip Van Cleave said.

Van Cleave was troubled by new gun control laws like the Richmond gun-free protest ordinance and said it was time to send a message: “Give us our rights back.”

“All we do is get tread on,” Dunn shouted to Van Cleave. “They have not solved the issue. The only solution is armed revolt!”

But Dunn made no move to confront police standing a few feet away. Michael Fouche, a member of the Virginia Citizens Defense League, stared at Dunn and scoffed.

“Nice speech,” muttered Fouche, 54, a remodeling contractor. “Would have meant more if you went to the other side of the barricades.”

After the rally, a local right-wing activist urged gun rights supporters to converge on a nearby monument to Confederate General Robert E. Lee, a Virginia native, in the city’s historic Fan District. Black Lives Matter activists had occupied the monument since last summer, transforming it into a memorial to those killed by police.

Police blocked the streets surrounding the monument, now covered in graffiti. They stopped a Black man who, according to witnesses, was openly carrying a handgun in a gun-free zone. The law states the weapon should have been concealed. Black Lives Matter supporters, several of them armed, complained police were selectively enforcing gun laws, allowing right-wing activists to threaten them.

“It’s been like that,” said Kyra, 30, who asked to be identified only by her first name. “We’re not going anywhere.”