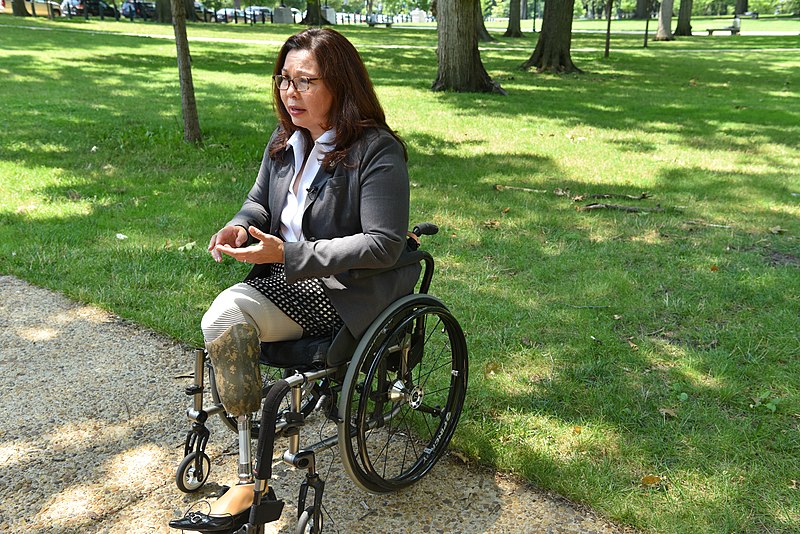 TechCrunch is hosting a mobility-focused, virtual conference on June 9. The event will feature everything from micrombility and smart cities to autonomous vehicles and electric aircrafts. Join 2K+ mobility industry leaders, startups, and investors and save an extra 10% on tickets with promo code “streets”. Book tickets now.

A groundbreaking bill would help make every transit station in America accessible to those with disabilities — and stop critical accessibility improvements from being put off.

Sen. Tammy Duckworth (D-Ill.), with Sens. Sherrod Brown (D-Ohio) and Bob Casey (D-Pa.), introduced the All Stations Accessibility Program (ASAP) Act of 2021, which would establish a $10 billion grant program to help transit agencies and commuter-rail providers retrofit stations to meet the needs of people with physical, cognitive, sensory, and other mobility challenges. The legislation, which would authorize expenditures for 10 years, was paired with a bill in the House, sponsored by Rep. Jesús “Chuy” García, that would speed the legislation.

But even if the ASAP Act passes swiftly, such investment would still be long overdue. The Federal Transit Administration estimates than almost 20 percent of bus, rail and other mass transportation stops don’t comply with the Americans with Disabilities Act — more than 30 years after the landmark legislation.

The failure has real consequences, especially for the 26 percent of U.S. adults who live with a disability. Contrary to stereotypes that cars handle the mobility needs of people with disabilities, such workers often rely heavily on transit, using it for 4.3 percent of their trips versus just 2.7 percent for people without mobility challenges. For non-workers with disabilities, transit trip share swells to 5.9 percent — more than twice the rest of the population — and existing paratransit often doesn’t get people where they need to go.

We spoke with Duckworth about why America can’t wait to bring its transit stations — and the digital infrastructure that supports them — up to par.

This interview has been edited for clarity and length.

Streetsblog: Why are so many of our stations still inaccessible more than 30 years after the ADA?

Duckworth: There are two dynamics happening. One, there are a number of legacy systems that were built a hundred years before the ADA was passed — think Boston, think New York, think Chicago  — and they’re very hard to upgrade.

Then you have to think about the budget constraints that transit authorities are always under. Even though making these stations ADA compliant may have always been a priority, it’s never been the top priority. It’s always in the top five, but usually, something beats it out, like a safety issue or a necessary system upgrade. So the time just never comes.

I was talking with Dorval Carter, who’s the head of the Chicago Transit Authority, and he was so proud because he’s actually put money aside and he’s going to make Chicago’s elevated train system 100 percent ADA compliant. But then he told me that at the pace that he’s on, it’ll happen in 20 years. And I looked at him and said, ‘I love what you’re doing, but that’s a half century after the ADA passed, and that’s just not good enough. So what’s going on?’

So he and I had this long discussion, and he said, ‘well, it’s because [the CTA] has limited resources, and every time new money comes in, either safety or new upgrades to the equipment takes precedence. But if we had money that could only be used for ADA improvements, we would get on it right away.’ So that’s why I introduced the ASAP Act.

Streetsblog: Why is it critical to improve accessibility specifically at fixed-route stations? What about curb-to-curb paratransit?

Duckworth: So with paratransit, you’re at the mercy of someone else. They may only have one opening in a day to come get you. So if you have stay late at work, for example, or if something happens and you have to go to your child’s school, then you have no ride. It basically takes away a person’s right to independence when you force them to only rely on paratransit — especially if you don’t fund paratransit.

Paratransit is not like Uber. And even Uber won’t always come for a person with a disability. There have been huge issues with the ridesharing apps, because they claim they don’t have to comply with the ADA because they’re software companies, not a transportation companies. So what happen a lot of time is that the Uber driver will actually make a note that says, ‘this person is in a wheelchair,’ and then the next Uber drivers will not accept the ride request from that customer.

Streetsblog: You use a wheelchair yourself. Does our fixed-route transit network meet your daily needs?

Duckworth: I think probably the best functioning subway systems around is the one in D.C., the Metro. But even there, it’s a crapshoot whether there will be a working elevator in the station. More than once, I’ve gotten off at a station and can’t get out; I’m stuck underground because the elevator’s not working.

Streetsblog: This bill is conscientious about including accessibility improvements for people with all types of disabilities. What sorts of needs are going unmet by people with sensory, cognitive, or other challenges that my not require them to, say, use a wheelchair?

Duckworth: This bill is not just about wheelchair users, and [it touches] a whole range of issues. For people with cognitive impairments, for example, even finding where the elevator to get down to the train is can be scary, because it’s way off in a corner, down a hallway, through a bunch of barriers, and it smells of urine and it’s dirty —it’s hard to even get to it.

And if you have a vision impairment, goodness, you’d never be able to find that elevator without someone having to take you. For the most part, the station attendant can’t leave his or her post to take you, especially during rush hour when everyone’s trying to get to work. So then you’re just stuck waiting for someone to randomly help you to get to the right train platform so you’re not going in the wrong direction. And God forbid you get into a situation that becomes a safety issue.

If you only have verbal signals as to when the train is coming, how can a deaf person navigate that? If someone is both sight and hearing disabled, how do they get the information that they need?

We have a long way to go to make sure that independence, which I think is a right that every American expects, is available to everyone.