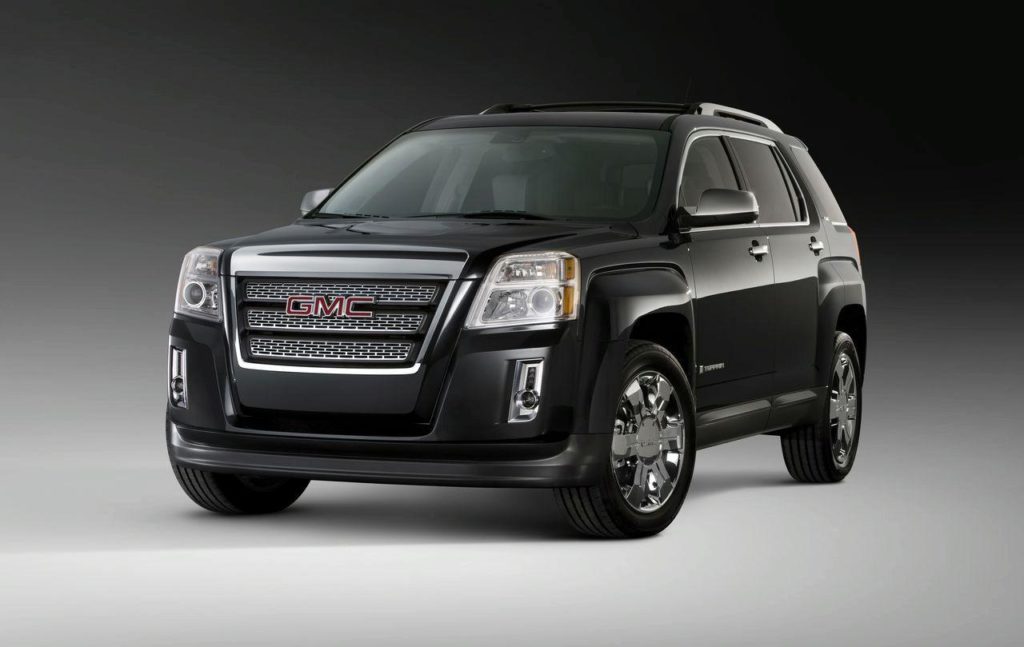 Americans set a new record last month for SUV and pickup truck sales, further increasing the proportion of the most pedestrian-unfriendly vehicles on U.S. roadways — and Republican voters are the leading purchasers.

According to new data from the Federal Reserve of St. Louis, light truck sales soared to yet another all-time high in March, 2021, topping 13.8 million units sold last month alone. That’s a 6-percent bump from the previous all-time record set this January, and a 10-percent increase over the previous 45-year high in July, 2005, which were considered an anomaly because the three largest U.S. automakers were all running huge discount programs simultaneously.

But the 2005 mega-car surge was part of an upward sales trend among all types of automobiles. Right now, total vehicle sales are actually about 14 percent lower than they were in July of 2005 — which makes the spike in mega-car buying all the more terrifying.

There’s a mountain of evidence that the rise in SUV and pickup truck sales is one of the single largest contributors to our pedestrian death crisis, thanks to a toxic combination of heavy vehicle weights, ample blind spots, and high front bumpers that strike most vulnerable road users at the head and neck level, where injuries are more likely to be fatal.

But less has been reported about who is buying these dangerous cars — or what motivates them to choose the deadliest vehicles, besides the glaring fact that federal regulators do nothing to stop them.

We reached out to market research firm Strategic Vision, which has surveyed millions of new car buyers across America as part of its New Vehicle Experience Study for the last 22 years. Here’s what we learned about pickup truck and SUV buyers from the 2020 edition of the study, drawn from more than 46,000 respondents.

Probably the single clearest trend among mega-car buyers is whom they support in elections.

According to Strategic Vision, consumers who self-identify as Republican buy eight pickup trucks for every one purchased by a self-identified Democrat. They also buy roughly twice as many of each class of SUVs as their blue counterparts, giving them a 55-percent share of the sport utility market overall, though just 25 percent of Americans say they consider themselves members of the GOP. (Unaffiliated and independent voters were also surveyed.)

When it comes to why Republicans prefer megacars, the researchers found that red motorists are looking for a vehicle that is “powerful, rugged and prestigious,” in contrast to Democrats, who want a “environmentally friendly vehicle that is both economical and cool,” and independents, who “functional, reliable and sensible” cars.

Republicans were also most likely to replace their car with new one after just “three to six years.” That’s in sharp contrast to the average car on the road, which is about 12 years old on average.

No matter how many BIPOC celebrities accept endorsement deals from automakers, there’s no denying that people of color are not the primary vehicle market for megacars.

The team at Strategic Vision found that just 16 percent of pickup buyers and 23 percent of SUV buyers identified as belong to a racial or ethnic minority group — a group that makes up about 40 percent of the overall population.

3. Men buy most pickups — but women buy a lot of SUVs

Toxic masculinity’s oft-bumper-stickered stereotype that real men drive pick-ups was certainly reflected in this survey; just 12 percent of truck buyers identified as women. (No word on whether the dubious hypothesis that straight women love a man who can haul a couch to her apartment is true.)

But when it comes to sport utility vehicles, the field is more evenly split. Women made up 52 percent of SUV buyers, roughly on par with their share of the U.S. population. That might seem like a surprising finding given how automakers have historically wielded aggressive masculine tropes to sell cars in general, but that’s beginning to shift, especially now that roughly 62 percent of all new cars are are purchased by directly women, according to industry surveys; the same surveys find that women also influence more than 85 percent of all car purchases.

That may be a sobering piece of evidence that disregard for pedestrian safety among automakers cuts across genders.

4. They’re most likely to live in a suburb — not on a farm

One of the most persistent myths about megacar buyers is that they need huge vehicles because they live in areas with rural areas with rough terrain, or because they work in industries that require them to haul big loads every day.

According to Strategic Vision, pickup drivers are more likely to hold jobs in skilled trades, farming, and heavy industries. (None of the other job categories included their survey, which include education, administration, service industries and caregiving, is heavily associated with towing big stuff.)

That squares with earlier research that showed that 75 percent of truck drivers use their truck for towing once a year or less.

The largest segments of both the truck and SUV markets characterized their hometown as a “suburban community of a large city,” with a slightly lower percentage of truck buyers self-identifying as “small town or rural city” residents.

But it should be noted that a survey respondent’s definition of what constitutes the countryside might look pretty different than, say, the government’s definition of “rural,” which typically includes only super-small communities with populations under 2,500 people. According to the American Community Survey, just 19 percent of the U.S. population lives in a rural area — which means there’s a good chance that a whole lot of SUV and pickup buyers are overestimating their community’s “rural” status — and maybe their personal need for an all-terrain vehicle capable of scaling a steep country road past the reaches of city snowplow service.

One of the most frequent refrains that cycling advocates hear from irate drivers is that bikes, which cost an estimated average of $350 a year to own and operate, are an elitist mode reserved exclusively for hipsters who tool around on two wheels all day instead of going to work.

The median household income of the average truck driver, meanwhile, is a whopping $108,334 a year — and SUV drivers, whose households earn $97,082 annually, aren’t all that far behind.

It bears repeating that Strategic Vision only spoke to people who bought new megacars, and used models are considerably cheaper. But it’s safe to say that the people who buy some of the biggest and most expensive vehicles available are generally higher earners.