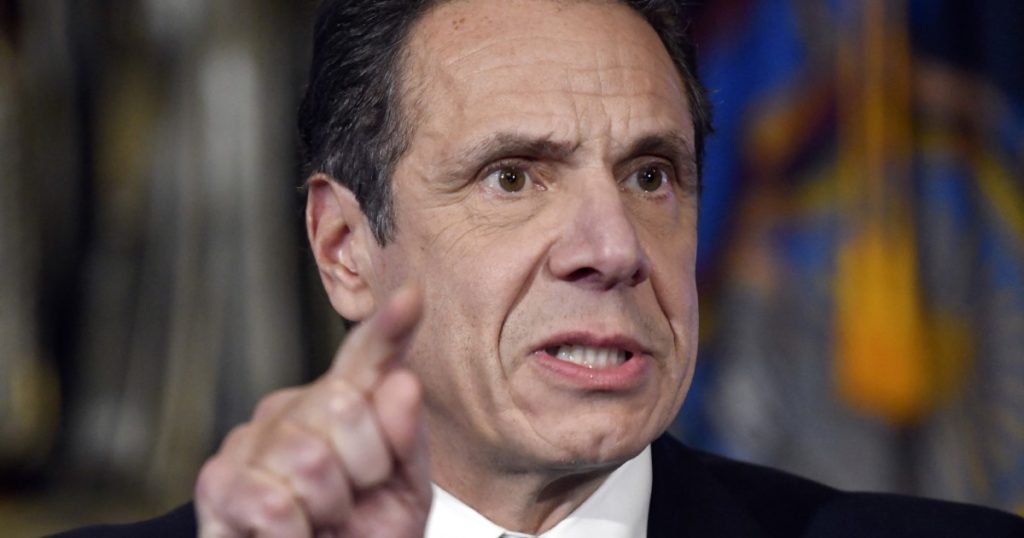 Newly seated Justice Amy Coney Barrett cast a key vote in a pair of 5-4 orders handed down just before midnight. Lawyers for the Roman Catholic Archdiocese in Brooklyn and several congregations of Orthodox Jews sued the governor, contending the restrictions violated the 1st Amendment’s protection for the “free exercise” of religion.

The immediate impact of the rulings may be limited. New York Gov. Andrew Cuomo lifted the 25-person limit in Brooklyn late last week.

Citing that change, Chief Justice John G. Roberts Jr. and the court’s three liberals said there was no reason to grant the emergency appeals now.

But the court’s five conservatives issued an order that puts states on notice that they may not impose far stricter limits on churches, synagogues and mosques than on retail businesses where large numbers of people are shopping.

They said Cuomo’s orders were not “neutral” toward religion, but “single out houses of worship for especially harsh treatment.”

“Members of this court are not public health experts, and we should respect the judgment of those with special expertise and responsibility in this area. But even in a pandemic, the Constitution cannot be put away and forgotten. The restrictions at issue here, by effectively barring many from attending religious services, strike at the very heart of the 1st Amendment’s guarantee of religious liberty,” the court said in an unsigned opinion in Roman Catholic Archdiocese of Brooklyn vs. Cuomo.

“Government is not free to disregard the 1st Amendment in times of crisis,” wrote Justice Neil M. Gorsuch in a separate opinion. “At a minimum, that amendment prohibits government officials from treating religious exercises worse than comparable secular activities, unless they are pursuing a compelling interest and using the least restrictive means available. Yet recently, during the COVID pandemic, certain states seem to have ignored these long-settled principles.”

Gorsuch said the governor’s order deemed many retail businesses an essential, including hardware stores, liquor stores and bike repair shops. “It is time — past time — to make plain that, while the pandemic poses many grave challenges, there is no world in which the Constitution tolerates color-coded executive edicts that reopen liquor stores and bike shops but shutter churches, synagogues, and mosques,” he wrote.

While the orders will have no immediate legal impact in California, a group of churches filed a separate appeal earlier this week seeking to challenge regulations issued by Gov. Gavin Newsom.

Until Wednesday, the high court had repeatedly turned away appeals arising from the pandemic and said judges should be wary of second-guessing state and local officials who are trying to stop the spread of the virus.

Earlier this year, the court turned down a San Diego church’s religious-liberty challenge to the limits on indoor services set by Newsom and a second similar appeal from Nevada. Both decisions came by 5-4 votes, with Roberts and the late Justice Ruth Bader Ginsburg in the majority and the four conservatives in dissent.

But Ginsburg’s death in September and her replacement by Barrett shifted the majority.

At issue in Wednesday’s decision were restrictions imposed by Cuomo in response to data showing clusters of COVID-19 spreading in parts of Brooklyn and a few other New York neighborhoods. In the most severe “red zone” areas, churches and synagogues were limited to 10 people at a time. Those in less severe “orange” zones could have up to 25 people and in “yellow” areas, up to 50.

The red-zone limits were removed after a few weeks, and Cuomo said the restrictions would be steadily reevaluated based on data showing how the virus was spreading or receding in the neighborhoods.

While the appeal was pending at the Supreme Court, Cuomo lifted the orange area restrictions in Brooklyn.

Justice Brett M. Kavanaugh said in a separate opinion that Wednesday’s order was limited to unusually strict restrictions on houses of worship.

Roberts said in dissent that the court should not have granted “relief under the present circumstances. There is simply no need to do so. None of the houses of worship identified in the applications is now subject to any fixed numerical restrictions,” he wrote. “And it is a significant matter to override determinations made by public health officials concerning what is necessary for public safety in the midst of a deadly pandemic.”

Justices Stephen G. Breyer and Sonia Sotomayor wrote dissents arguing that New York’s restrictions were reasonable because they put stricter limits on indoor gatherings where people would be together for an hour, unlike in a retail store. Justice Elena Kagan joined both.

“The Constitution does not forbid states from responding to public health crises through regulations that treat religious institutions equally or more favorably than comparable secular institutions, particularly when those regulations save lives. Because New York’s COVID–19 restrictions do just that, I respectfully dissent,” Sotomayor wrote.

Last month, lawyers for the Roman Catholic Archdiocese filed suit in federal court in Brooklyn contending the red and orange limits were unconstitutional because they prohibited most people from going to Mass. They argued Cuomo’s order “singles out houses of worship” for discriminatory treatment while allowing grocery stores, pet stores, banks and other retail businesses to remain open. They also enforced rules requiring masks and social distancing.

Several Orthodox Jewish congregations filed a separate similar suit and argued that the governor had admitted he “targeted” the Orthodox Jews with his order and threatened to shut down their synagogues entirely.

Lawyers for the state disputed these claims and said the governor’s order treats worship services “more favorably” than other similar nonreligious gatherings. They said movie theaters, plays, lectures, concerts and gyms were shut down entirely. They argued that visits to a grocery store are different because people come and go for a short time, rather than sit together in the same room for an hour.

A federal judge refused to lift the restrictions, and the U.S. 2nd Circuit Court of Appeals affirmed that decision by a 2-1 vote. The majority cited the brief opinion by Roberts in the California case in May in which he said judges should not put themselves in the place of the elected officials who are trying to manage the response to a fast-changing emergency. Appeals court Judge Michael H. Park, a Trump appointee, dissented and said the restrictions discriminated against churches and synagogues.

The appeals to the Supreme Court followed on Nov. 10. Two days later, Justice Samuel A. Alito Jr. spoke to the annual Federalist Society convention and endorsed the legal claims put forth by the Catholic archdiocese. He sharply criticized the court’s earlier refusal to lift the restrictions on indoor church services in California and Nevada. He said the pandemic had led to “previously unimagined restrictions on individual liberty,” adding that “religious liberty is fast becoming a disfavored right.”