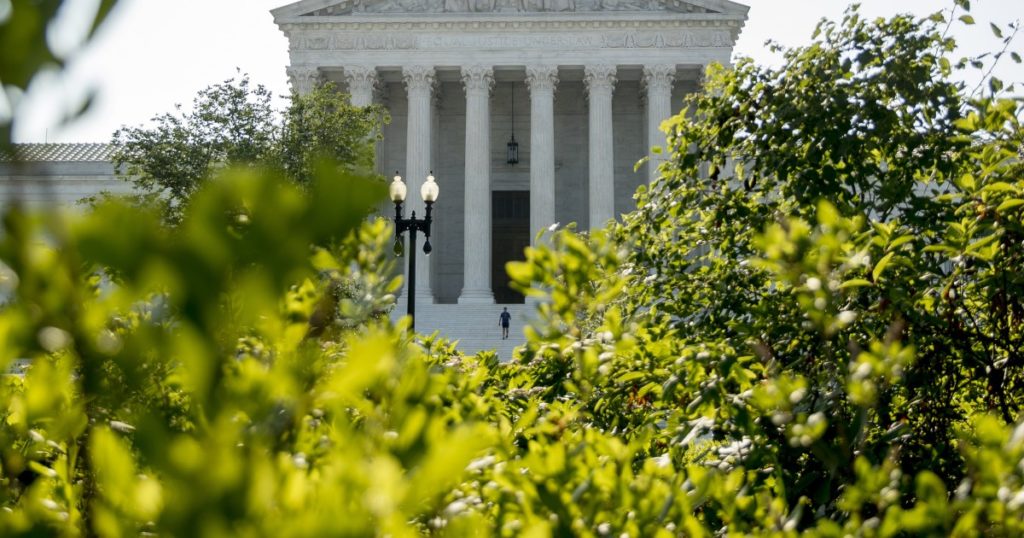 The Supreme Court struggled Wednesday to decide when a student’s right to free speech should shield her from being disciplined by teachers for online postings that may include vulgar, demeaning or racist comments about her school.

The justices said they were in search of a clear rule but had not settled on one.

Lawyers for a Pennsylvania school district and the Justice Department urged the justices to update the law for the era of social media, and rule that a school’s authority to punish students is not limited to what happens on school grounds.

“The location from where the post is sent is more or less irrelevant,” said Malcolm Stewart, a deputy U.S. solicitor general. Because of the internet, “off-campus speech now can affect the operation of the school.”

But the ACLU’s national legal director urged the justices to stand up for the 1st Amendment, and protect students from being punished from what say on their own free time.

“Outside of the school context, students have a right to share their emotions and feelings about school, without the fear that some administrator will say that’s disruptive,” said ACLU attorney David Cole. He was representing Brandi Levy, the Pennsylvania teenager who was suspended as a cheerleader after posting on Snapchat an F-word rant after she was passed over for the varsity team.

Cole conceded, however, there were limits to the free-speech protection accorded students for their online posts. He said students may be punished for posts that amount to bullying or harassment, promote cheating or threaten violence.

During the nearly two hours of argument, the justices did not appear to line up on one side or the other.

However, several of them showed interest in focusing on school teams and the special duties they impose on students who choose to participate. According to this approach, students who posted on social media messages that mocked or harshly criticized the school’s basketball coach were free to do so. But if a student were a member of the team, he or she could be suspended or disciplined for the same posts.

In the case of the suspended cheerleader, “she agreed to regulation as a cheerleader,” said Washington attorney Lisa Blatt, representing the Mahanoy Area School District. The team rules said cheerleaders had to show “respect” for others and avoid inappropriate language and gestures.

Justice Brett M. Kavanaugh injected a personal note and said that as a former high school basketball player and now parent and coach, he sympathized with the girl’s reaction to being passed over for the varsity.

“She’s competitive. She cares. She blew off steam like millions of other kids when they’re disappointed about being cut from the high school team,” he said. “A year’s suspension from the team seems excessive to me.”

The girl and her parents responded to the suspension by suing the school district for violating her rights under the 1st Amendment.

She won before a federal judge who ruled that her outburst on Snapchat did not cause a “disruption” at school and was, therefore, protected as free speech.

She won an even bigger victory before the 3rd Circuit Court in Philadelphia, which ruled that social media posts are “off-campus speech” usually beyond the control of school officials, even if the message may cause disruption or trouble at school.

The Supreme Court agreed to hear the case of Mahanoy Area School District vs. B.L. to decide when or whether teachers or school officials may discipline students for online postings.

The outcome may depend on which question the justices choose to answer. They could rule for the school district and say that student’s online post is not entirely free from discipline imposed by teachers or school officials. That was the question raised in the appeal.

Or they could rule for the suspended cheerleader on the grounds that her Saturday afternoon outburst on Snapchat did not “disrupt” the school, even if such postings may be restricted sometimes.

The third option, which arose Wednesday, would be to rule narrowly based on her role as a cheerleader and hold that schools may impose discipline on students who choose to participate in an extracurricular activity but then violate the team rules.