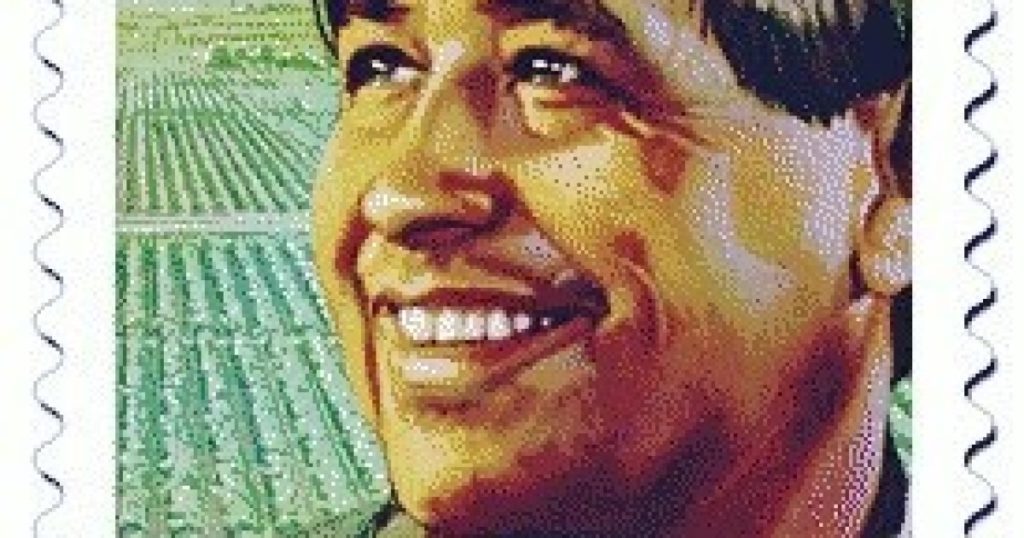 The farmworkers movement led by Cesar E. Chavez celebrated a historic victory in 1975 when California became the first state to extend collective bargaining rights to those who toiled in the fields.

Thanks to the New Deal of the 1930s, workers nationwide had won the right to organize, but those federal laws did not extend to farms and agricultural laborers. In the mid-’70s, the new California Agricultural Labor Relations Board, in one of its first acts, gave union organizers a “right of access” to farms and processing stations so they could meet with workers and seek their support.

Now that rule is in danger of being struck down by the U.S. Supreme Court.

Lawyers for two growers called the California rule a “government-authorized physical invasion of private property,”and they argued it violates a provision in the 5th Amendment that says “private property [shall not] be taken for public use without just compensation.”

“The Constitution forbids government from requiring you to allow unwanted strangers onto your property. And union activists are no exception,” said Joshua Thompson, a senior attorney for the Pacific Legal Foundation, which appealed the issue.

The court will hear arguments Monday in this clash between property rights and labor rights in the case of Cedar Point Nursery vs. Hassid.

In the past, the high court has limited “takings” of private property to situations where the government took possession of private land through eminent domain or where it enforced a new regulation that deprived owners of all use of their property.

In 1992, for example, in Lucas vs. South Carolina, the court ruled in favor of a South Carolina man who had bought two prime lots on a barrier island planning to build homes there, only to be blocked later when the state reacted to a damaging hurricane by barring any new construction on the barrier island.

California officials say the “access” rule is a temporary regulation of private property, not a taking of the grower’s land. And they argue the state rule is similar to laws that allow meat and poultry inspectors to go into packing plants or health and safety inspectors to visit warehouses, manufacturing plants or construction sites.

Mario Martinez, general counsel for the United Farm Workers, said the access rule is needed now more ever. “We have a very different population of farmworkers than in the ‘70s,” he said. Many come from Mexico and speak Indigenous languages other than Spanish. “And many of them are undocumented and fear talking to anyone,” he said.

Moreover, farmworkers are constantly in motion, moving from job site to job site day to day. “Face-to-face contact is the only way to reach them,” he said.

Under the access rule, union organizers must notify the employer, but may then enter the property and try to speak with employees in the hour before work begins or during their 30-minute lunch break, he said.

He and other union officials said only a small percentage of farmworkers are unionized.

“You can’t overstate how much fear is out there,” said Victoria Hassid, chair of the state Agricultural Labor Relations Board. The workers without legal documents “know they may lose their jobs, be deported and imperil their families. They are not comfortable asserting their rights.”

But the access rule “remains a critical tool,” she said. “It gives the unions the opportunity to reach this population of workers.”

In a friend-of-the-court brief, California Rural Legal Assistance describes how farmwork differs fundamentally from other jobs.

“California’s agricultural industry is not composed of small family-owned farms, but of commercial agribusiness, farming vast areas of land with private dirt roads separating each grower’s fields. Once the public highway ends, the grower’s land begins. There are no parking lots or public areas. There are no onsite break rooms — just the fields. Employees congregate next to the cars or buses parked in the dirt roads to rest and eat. There is no fixed worksite, no factory or office building, no neighborhood coffee shop or restaurant around the corner where workers can congregate for pre- or post-work meetings,” they wrote. “Workers travel from field to field, sometimes within a certain geographical area and sometimes between cities, counties, and even states. Invalidation of the access rule would decimate the organizational rights granted by California to its agricultural workforce,” they concluded.

The case began in July 2015 when the Fowler Packing Co. in Fresno barred union organizers from entering its premises. The company ships table grapes and citrus and employs up to 2,500 in the fields and 500 in its packing plant. The company said that since workers do not live on the premises, it questioned the need for “union trespassers” on its property.

Cedar Point Nursery raises strawberries and employs 100 full-time workers and 400 seasonal workers in Dorris, Calif., just below the border with Oregon. In October 2015, the company said UFW organizers entered its property one day about 5 a.m. hoping to speak with workers before their shift began at 6 a.m. They alleged the organizers disrupted work and intimidated their workers.

“We had strangers on bullhorns marching through our buildings. They were harassing our employees,” said Mike Fahner, the owner of Cedar Point Nursery, in recounting the incident. “This is personal private property. This rule exists only in the state of California. It’s wrong, and it needs to change,” he said.

In 2016, the growers sued Hassid and the state agricultural labor relations board, alleging the access rule is unconstitutional and a taking of their private property. As precedent, they cited a 1987 Supreme Court ruling, Nollan vs. California Coastal Commission, which held California authorities could not require the owner of a beachfront home in Ventura to permit beach access in exchange for a building permit.

But a federal judge rejected the growers’ claim and the 9th Circuit Court agreed by a 2-1 vote. “We hold that the access regulation as applied to the growers does not amount to a per se physical taking of their property in violation of the 5th Amendment,” the appeals court said.

However, eight mostly conservative judges on the 9th Circuit issued a dissent and said the Supreme Court should hear the case. And the justices agreed to do so in November.