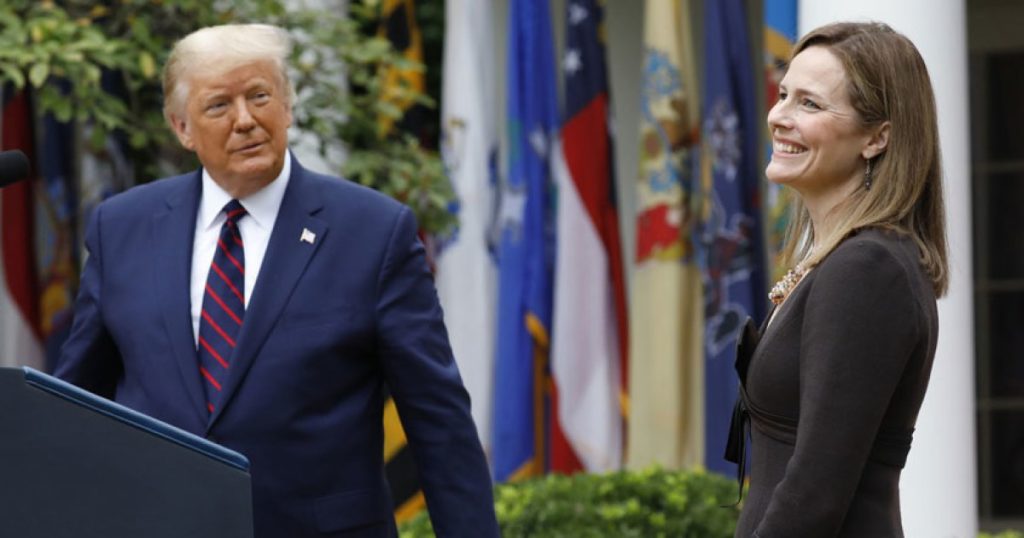 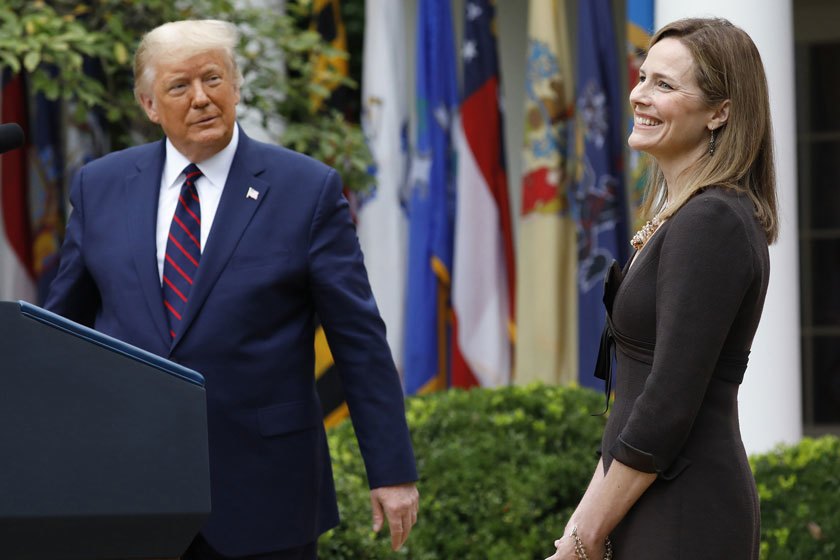 The future of Roe vs. Wade and the rights of women to choose abortion are being fought out in an unusual dispute within the Supreme Court.

At issue is whether to take up a direct challenge to the landmark abortion decision, an early test for the court with three appointees of President Trump.

Conservatives who have long targeted Roe believed they had won a historic victory a week before Trump lost his reelection bid. Justice Amy Coney Barrett took her seat at the end of October, giving the court six conservatives who had been appointed by Republican presidents who opposed abortion. The death of Justice Ruth Bader Ginsburg left just three liberals who supported abortion rights.

The justices have before them an appeal from Mississippi that has become the focus of attention. The state seeks to enforce a ban on nearly all abortions after 15 weeks of a pregnancy, but the measure was blocked by a federal judge and the U.S. appeals court on the grounds it conflicted with Roe.

The state’s lawyers are urging the high court to repeal the “bright-line viability rule” set in 1973 which lets women choose abortion until about the 22nd week of pregnancy, the time when a fetus is capable of living on its own. Instead, they said, states should be given more leeway to ban abortions at earlier stages of a pregnancy.

More than a dozen Republican-led states are ready to implement measures to ban many or nearly all abortions if the Supreme Court were to change course.

If the justices — or at least four of them — vote to take up Dobbs vs. Jackson Women’s Health Organization, it would be by far the most significant abortion case in 30 years. A decision has been pending for months, and the case is due to come up again Thursday during the justices’ private conference.

Granting review in the Mississippi case would signal the new conservative majority is ready to make a major change in the law. However, if the court were to turn down the appeal, it would send the opposite message, that the new court will stick to its precedents, defying predictions from the right and left.

Conservative legal analyst Ed Whelan called the Dobbs case “the best opportunity the Supreme Court will ever have to overturn Roe.” The case “provides an excellent vehicle for overruling” the right to abortion and returning the issue to the state legislatures, he wrote in November. “Indeed, it is unlikely that there will ever be a more opportune moment.”

But that moment has yet to arrive. In November and December, the Mississippi case was taken off the weekly conference list and “rescheduled” for later consideration. This move spared the newest justice from voting on a momentous issue in her first weeks on the job.

Since January, however, the court has repeatedly “relisted” the case for discussion and a vote at its weekly conference. On most Monday mornings, the court issues a list of appeal petitions that have been acted on. Typically, one or more have been granted review and hundreds of others “denied” without comment. But the Mississippi case has been missing — neither granted nor denied.

“I don’t know what to think. Others to whom I’ve spoken are similarly flummoxed,” said Mary Ziegler, a Florida State University law professor who has written widely on abortion and the continuing battle over Roe vs. Wade.

“There are two theories I’m weighing,” she said.

Sometimes with high-profile disputes, Ziegler said, the court has “chewed it over for a long time before making a decision.”

For example, in spring 2017 when Justice Neil M. Gorsuch was being confirmed to replace the late Justice Antonin Scalia, the court repeatedly considered the case of the Christian baker from Colorado who refused to make a wedding cake for a same-sex couple. After 16 weeks, Masterpiece Cake Shop vs. Colorado was finally granted review in late June.

The other theory, she and others said, is that one or more conservative justices are writing dissents from a decision to deny Mississippi’s appeal.

If the court grants review, the justices do not disclose who voted to take up the appeal and who disagreed. But if an appeal petition is turned down, one or more justices sometimes write a dissent. And on occasion, the justices say, these dissents persuade one or more their colleagues to change their mind and vote in favor of hearing the case.

In 1992, in his first year on the court, Justice Clarence Thomas voted to overturn Roe vs. Wade, and he has not relented. “Our abortion precedents are grievously wrong and should be overruled,” he wrote last year when the court, by a 5-4 vote, struck down a Louisiana law regulating abortion providers.

Justice Samuel A. Alito Jr. has also voted reliably against abortion rights. Dissenting in the Louisiana case, he said doctors and abortion providers should not have standing to oppose state laws in court. He called it “stunning” that a “regulated party” such as a physician may “invoke the right of a third party,” such as their patients, to challenge the law on their behalf. The Mississippi law was also challenged by a medical clinic, not by women who were or could become pregnant.

Chief Justice John G. Roberts Jr. surprised advocates on both sides by casting the deciding vote to strike down the Louisiana law in June in Medical Services vs. Russo. He said he would stick with the court’s past rulings holding that states may not put an “undue burden” before women seeking an abortion.

So the future of abortion rights depends on the three Trump appointees. Justices Gorsuch and Brett M. Kavanaugh dissented in the Louisiana clinic case last year, but did not directly question the right to abortion set out in Roe. Barrett was a protege of Scalia who spent most of her career teaching at Notre Dame Law School. She was seen by her supporters as likely to join an effort in rein in abortion rights.

The appeal in the Mississippi case will be on the court’s conference list on Thursday morning. In late January, Whelan said he was surprised and dismayed the court had not granted review yet, adding he would be “deeply disappointed” if the new conservative justices “failed to provide the needed votes.”

“I’m not entirely foreclosing the possibility of a grant,” he said.