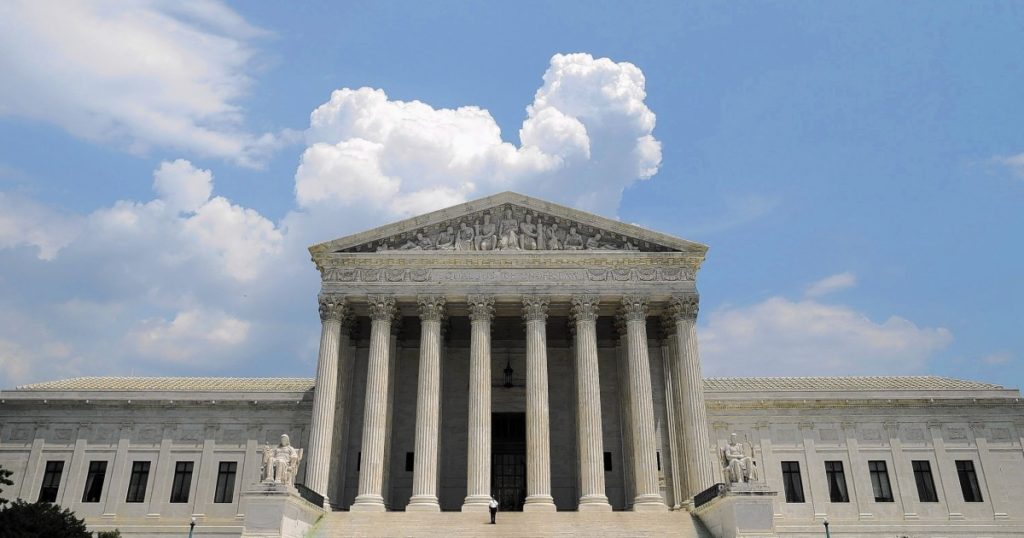 President Trump had predicted that the Supreme Court would finally decide who won this year’s presidential election, but if so, he lost again on Tuesday.

Without comment or dissent, the high court turned away the first appeal from Trump supporters to reach the high court, a claim by several Pennsylvania Republicans who said the state’s election results should not be certified.

It may be the last appeal as well. Under federal election law, Dec. 8 marks the date when a state’s results are deemed to be set and final. President-elect Joe Biden won by more than 81,000 votes in Pennsylvania and will win the state’s 20 electoral votes.

The lawsuit turned away Tuesday did not come from the Trump campaign. Instead, Rep. Mike Kelly, a Republican from western Pennsylvania, and several others claimed the state legislature violated the Pennsylvania Constitution when it enacted bipartisan legislation last year to allow all of its registered voters to cast ballots by mail.

Further, Kelly claimed the Pennsylvania Supreme Court violated the state constitution when it refused last week to throw out the election results.

As Pennsylvania’s state lawyers pointed out, the dispute had nothing to do with federal law or the U.S. Constitution. The U.S. Supreme Court has no general authority to decide on Pennsylvania law or the meaning of its state constitution.

Earlier this year, the conservative justices wrote approvingly of former Chief Justice William Rehnquist’s view that the state legislatures had a dominant role in setting the rules for presidential elections. Article II of the Constitution says “each state shall appoint, in such manner as the legislature may direct” its allotted electors. Pennsylvania, like nearly all the states, had decided to allocate all of its electors to the presidential candidate who wins the most votes.

Rehnquist also said in the Bush vs. Gore decision in 2000 that the state courts were not free to change the election laws set by the legislature. If they did so, the Supreme Court could intervene.

Prior to the November election, it looked las if this theory could give Republicans a legal argument for challenging the election results if the state courts made crucial changes in the rules that affected the outcome.

But Kelly’s appeal made the opposite argument — that it was the state legislature that acted illegally by authorizing balloting by mail. His lawsuit was urging the Supreme Court to intervene to overturn the decision of the Pennsylvania legislature.

Kelly’s suit was filed Nov. 21 and sought an order enjoining the state from certifying the results. The state Supreme Court intervened to take up the suit and dismissed the claim on the grounds that the plaintiffs were on notice for a full year that mail balloting would be commonplace, and they failed to file a legal challenge before the election. Suing afterward was too late, the state justices said.

Earlier Tuesday, lawyers for Pennsylvania responded and told the court the appeal was “fundamentally frivolous” and “an affront to constitutional democracy.”

“Petitioners ask this court to undertake one of the most dramatic, disruptive invocations of judicial power in the history of the republic. No court has ever issued an order nullifying a governor’s certification of presidential election results. And for good reason: ‘Once the door is opened to judicial invalidation of presidential election results, it will be awfully hard to close that door again. . . . The loss of public trust in our constitutional order resulting from the exercise of this kind of judicial power would be incalculable’.” they said, quoting Wisconsin Supreme Court Justice Brian Hagedorn, a Republican appointee who cast a key vote to reject a similar claim last week.