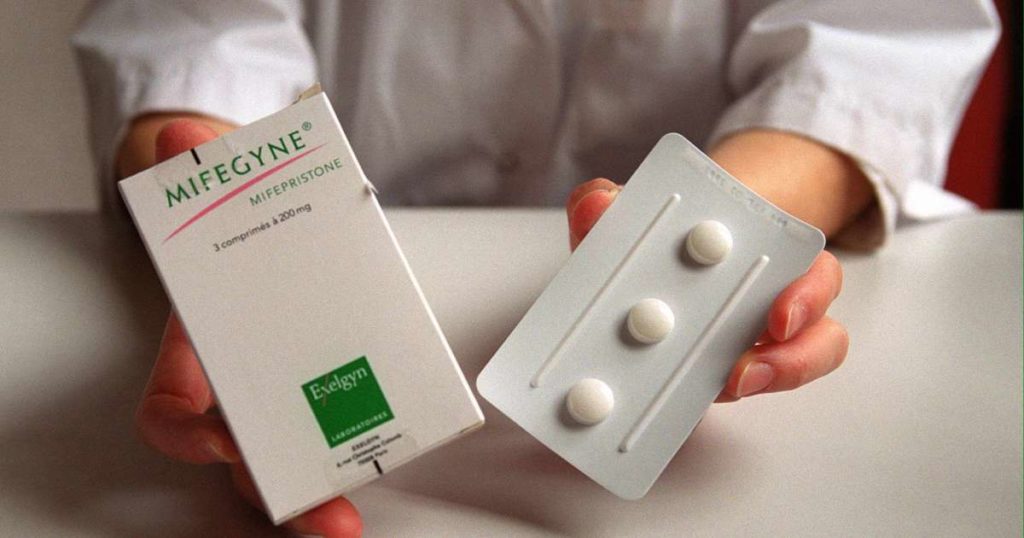 A divided Supreme Court on Tuesday granted an appeal from Trump administration lawyers and restored a controversial abortion rule that requires women who want medication to end an early pregnancy to travel to a hospital or clinic to pick up the pills, despite the COVID-19 pandemic.

The justices, by a 6-3 vote, set aside a Maryland judge’s nationwide order that waived the in-person pickup rule on the grounds that it was medically unnecessary and posed a health risk for women during the pandemic. All six conservatives voted in the majority, and the three liberals in dissent.

The decision is the court’s first on abortion since Justice Amy Coney Barrett joined in late October to fill the seat of the late Justice Ruth Bader Ginsburg, solidifying conservatives’ control of the court.

The incoming Biden administration could seek to change the rule, but that could be a lengthy process.

A medical group representing 60,000 obstetricians and gynecologists sued earlier this year to challenge the in-person pickup rule as nonsensical during the pandemic, saying a woman could consult with a doctor via telemedicine but nonetheless was required to travel to a hospital to pick up pills that she could take at home.

But the Trump administration continued to fight against relaxing the rule, even temporarily. Last month, Jeffrey B. Wall, the acting solicitor general, urged the court to intervene and insisted there was no evidence “that requiring in-person visits as part of providing an abortion would substantially impede women’s access to abortion during the pandemic.”

In response, the doctors’ group said the administration had chosen the “most deadly phase” of the pandemic to try again to impose a travel requirement for pregnant women, even after it relaxed similar rules for patients seeking opioids like fentanyl.

After weeks of deliberation, the court issued a brief order granting the appeal on Tuesday.

Chief Justice John G. Roberts Jr. concurred in the result. “Here as in related contexts concerning government responses to the pandemic, my view is that courts owe significant deference to the politically accountable entities,” whether state governors or, in this instance, federal agency officials. The other five conservative justices, including Barrett, did not write to explain their views.

In dissent, Justice Sonia Sotomayor said enforcing the rule was unreasonable. “The FDA’s policy imposes an unnecessary, unjustifiable, irrational, and undue burden on women seeking an abortion during the current pandemic, and because the government has not demonstrated irreparable harm from the injunction, I dissent,” she wrote. Justice Elena Kagan agreed; Justice Stephen G. Breyer said he, too, would have denied the appeal.

Tuesday’s order may signal a more concerted effort by the high court to pull back on abortion rights. The justices meet Friday to consider an appeal of a Mississippi law that would bar legal abortions after the 15th week of a pregnancy.

The court’s position on abortion restrictions has been uncertain since Ginsburg’s death in September. In June, Ginsburg was part of a 5-4 majority that struck down a Louisiana law requiring doctors who perform abortions to have admitting privileges at a local hospital.

In that ruling, Roberts joined with the liberal justices based on precedent; the court in 2016 had invalidated a nearly identical law from Texas. In his separate opinion, Roberts also cited the 1992 decision in which the court said abortion regulations can stand so long as they do not put a “substantial obstacle” in the path of women seeking an abortion.

Justice Department lawyers relied on that reasoning when they first appealed the abortion medication case in late August. They said the long-standing rules on dispensing abortion pills did not prevent women from obtaining an abortion.

Medication is now the most commonly used method of early abortion.

“It’s exceedingly safe and has been used by nearly 4 million women in the United States since 2000,” said Andrea Miller, president of the National Institute for Reproductive Health, which advocates for reproductive freedom.

Conservatives, however, want to ban the pills. In September, Sen. Ted Cruz (R-Texas), joined by 20 other Senate Republicans, wrote a letter to Stephen Hahn, commissioner of the Food and Drug Administration, and called for reclassifying the abortion pill as a danger to public health.

“To protect vulnerable women and children, we strongly urge the FDA to remove this deadly drug from the U.S. market,” he wrote.

The Supreme Court was presented with sharply different data on the risks of medication abortions. The administration’s lawyer said the abortion pill “carries serious risk for up to 7% of patients.” But a group representing obstetricians and gynecologists said in reply that this “inflates the risks by a factor of 70. As the FDA reported in 2016, ‘major adverse events … are exceedingly rare, generally far below 0.1%.’”

Since 2000, the FDA has authorized the use of two drugs — mifepristone and misoprostol — that are taken over two days to induce abortion of a pregnancy up to 10 weeks. A doctor may prescribe the pills after consulting with the woman and advising her of potential risks.

A separate FDA rule says the pills may be dispensed only at a hospital, clinic or medical office, though the woman is likely to take the pills at home.

In May, the American College of Obstetricians and Gynecologists sued, arguing that there was no medical justification for requiring pregnant patients to travel to a hospital or medical office to pick up abortion pills. Instead, they could be mailed to her home, they argued.

U.S. District Judge Theodore D. Chuang, an appointee of President Obama, agreed and cited studies showing that most of those seeking an abortion are low-income women of color. A majority of them have a child at home. For them, traveling to a clinic poses a risk to their health, the judge said, and he ruled that enforcing the in-person dispensing rule during the pandemic puts an unconstitutional burden on their right to abortion.

When the 4th Circuit Court of Appeals refused to lift the judge’s order, Wall sent an emergency appeal to the Supreme Court in the case of FDA vs. ACOG. He urged the justices to intervene to block “judicial second-guessing of an expert agency’s judgment,” and he argued that women remain free to obtain abortions.

“The Constitution does not guarantee access to the abortion method of one’s choice where, as here, reasonable alternatives remain available,” Wall said. “Given that surgical methods of abortion remain widely available, the enforcement of long-standing safety requirements for a medication abortion during the first 10 weeks of pregnancy does not constitute a substantial obstacle to abortion access, even if the COVID-19 pandemic has made obtaining any method of abortion in person somewhat riskier.”

ACLU lawyers who represented the doctors’ group lambasted this argument because it would put patients at greater risk. They also said abortion pills were singled out for especially stringent regulation.

“Of the more than more than 20,000 FDA-approved drugs, mifepristone is the only one that patients must pick up in person in a clinical setting but are permitted to self-administer elsewhere, unsupervised,” they said.

In response to the Supreme Court’s ruling, lawyer Julia Kaye of the ACLU Reproductive Freedom Project said, “The court’s ruling rejects science, compassion and decades of legal precedent in service of the Trump administration’s anti-abortion agenda. It is mind-boggling that the Trump administration’s top priority on its way out the door is to needlessly endanger even more people during this dark pandemic winter — and chilling that the Supreme Court allowed it.

“The Biden-Harris administration must right this wrong on day one and hold firm to its commitment to support both evidence-based regulations and reproductive freedom.”

The American Medical Assn., the American Academy of Family Physicians and 15 other medical and healthcare groups submitted a friend-of-the-court brief urging the justices to block FDA enforcement of the in-person dispensing rule because of the danger of spreading the coronavirus. California Atty. Gen. Xavier Becerra joined with a group of 22 Democratic state attorneys in urging the court to deny the appeal.

“We are experiencing an unprecedented global pandemic, and instead of making care more accessible by taking precautions to reduce the spread of COVID, the Trump administration continues to push for anti-choice restrictions that put women in harm’s way,” Becerra said.

In October, the court issued a tentative order that told Chuang to look at further evidence from the government. After doing so, the judge reaffirmed his nationwide injunction, which in turn prompted the Trump administration’s renewed appeal.