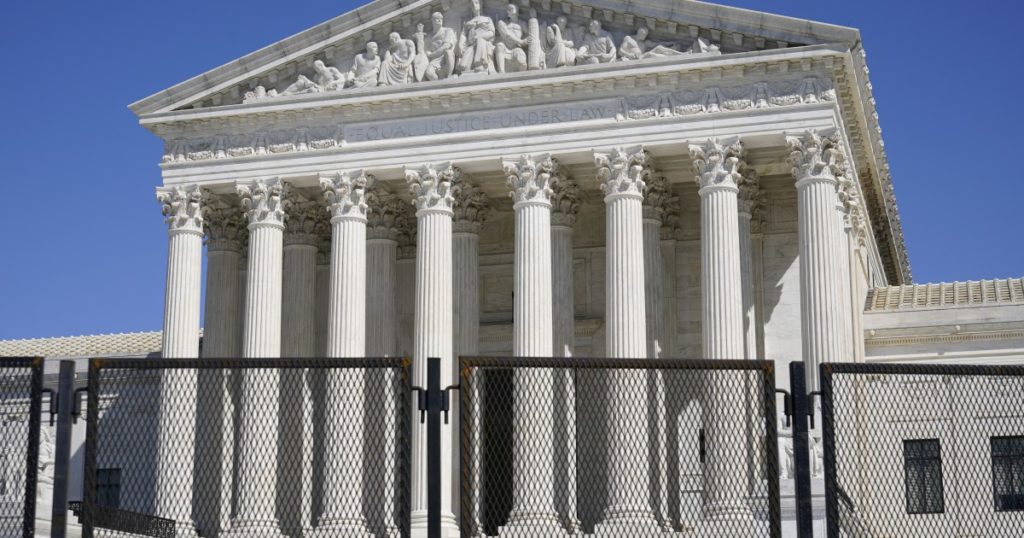 The Supreme Court on Wednesday will hear its most important case in decades on the 1st Amendment rights of students, and ultimately is expected to decide whether young people are free in the era of social media to post vulgar, cruel or racist comments about their teachers, coaches, classmates or school.

At issue is whether social media posts are “off-campus speech” beyond the control of teachers and schools.

It is the rare case whose outcome could affect every public school in the nation, but only if the justices succeed in drawing a clearer line between the rights of students and the disciplinary authority of school officials.

Since 1969, the high court has said students retain their rights to freedom of speech at school, including famously by wearing black armbands to protest the Vietnam War.

But that landmark decision in Tinker vs. Des Moines was a compromise. It also spoke of “affirming the comprehensive authority … of school officials to control conduct,” and to forbid speech that could lead to “substantial disruptions” or “disorders on the school premises.”

With the rise of social media platforms such as Twitter, Instagram and TikTok, the question is whether provocative posts that circulate quickly through a school community are beyond the reach of school officials.

Judges and lawyers cited instances in which students falsely portrayed a principal as a “sex-obsessed pedophile,” aided cheating by posting exam questions and answers in advance, encouraged harassing an unpopular classmate or threatened to kill a teacher.

The case before the court this week arose from a Pennsylvania girl’s F-word rant on Snapchat after she learned she did not make the varsity cheerleading team. She posted a photo with her middle finger raised and repeated: “F— school, F— softball, F— cheer, F— everything.”

Her Saturday afternoon post made its way around the school, including to her coaches. They suspended her from the junior varsity team, citing the team rules that said cheerleaders must show “respect” for the school, coaches and other cheerleaders, and avoid “foul language and inappropriate gestures.”

She and her parents filed a suit in federal court, alleging a violation of the 1st Amendment and seeking an order that would reinstate her to the team. A federal judge agreed, ruling that her brief outburst did not cause a substantial disruption at school. When the Mahanoy Area School District appealed, the 3rd Circuit Court in Philadelphia broke new ground with a broad ruling in the girl’s favor.

“We hold today that Tinker does not apply to off-campus speech — that is, speech that is outside school-owned, -operated or -supervised channels and that is not reasonably interpreted as bearing the school’s imprimatur,” the appeals court said last year.

Its opinion said the girl’s words were “protected speech” uttered on Saturday afternoon that during an earlier era would have been beyond the control of school officials.

“New communicative technologies open new territories where regulators might seek to suppress speech they consider inappropriate, uncouth or provocative. And we cannot permit such efforts, no matter how well-intentioned, without sacrificing precious freedoms that the 1st Amendment protects,” wrote Judge Cheryl Ann Krause, an appointee of President Obama. She was joined by Judge Stephanos Bibas, a Trump appointee.

“True, our rule leaves some vulgar, crude or offensive speech beyond the power of schools to regulate,” she said, but shielding such online postings from oversight “provides much-needed clarity to students and officials alike.”

But the decision came with limits. She said it might be different if a court were “confronted with off-campus student speech threatening violence or harassing particular students or teachers.”

The 3rd Circuit’s broad ruling fueled an appeal to the Supreme Court. Lawyers for the school district cited suits against schools for disciplining students who sent racist messages to Black students and anti-Semitic ones to Jewish students. They also noted that in California and 25 other states, schools are required to protect students from bullying and harassment by other students.

“The 1st Amendment is not a territorial straightjacket that forces schools to ignore speech that disrupts the school environment or invades other students’ rights just because students launched that speech from five feet outside the schoolhouse gate,” they said.

In January, the court agreed to hear the case of Mahanoy Area School District vs. B.L., and decide whether public school officials “may regulate speech that would materially and substantially disrupt the work and discipline of the school,” even when it arises from an off-campus posting.

Lawyers for the school district argued that social media posts may cause “substantial disruption” at school and therefore can be regulated. They did not say that the girl’s posting did indeed disrupt the school, but told the court it should send that question back to be reconsidered by a district judge.