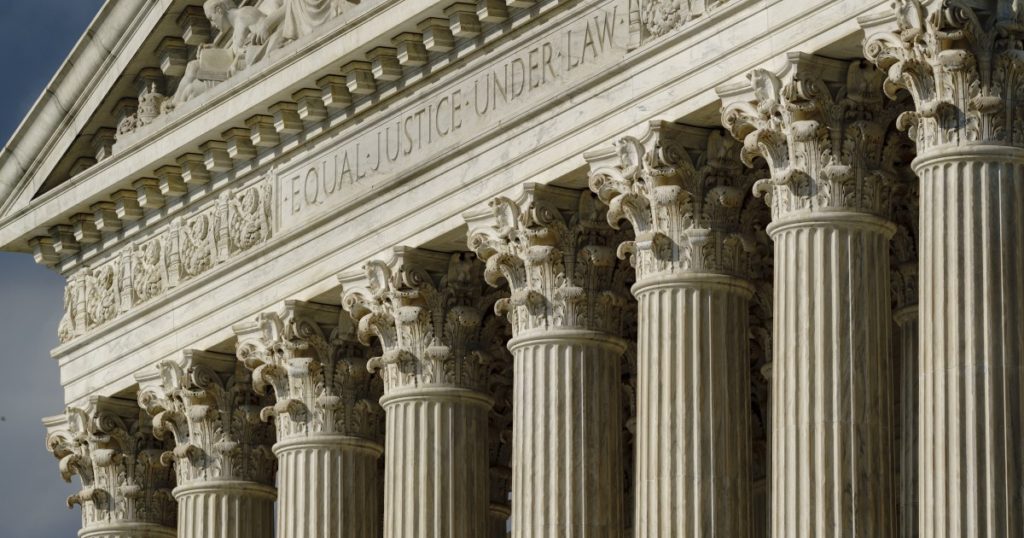 The Supreme Court strengthened the government’s power to hold in jail immigrants who face deportation, ruling Tuesday that those who illegally reenter the country have no right to a bond hearing.

The decision came on a 6-3 vote, with the court’s six conservatives in the majority and the three liberals in dissent.

Lawyers for the Trump administration appealed a lower court’s ruling on the issue early last year and argued that immigrants facing deportation were likely to flee if they were released on bond.

However, the jailed immigrants’ attorneys argued that many of the detainees were fighting a lengthy legal battle to avoid being returned to a country where they faced persecution or violence and would be unlikely to abandon that process.

The dispute had divided lower courts as well because of two provisions of immigration law that looked to be in conflict. One part of the law allows those facing deportation to seek release on bond. A second provision requires those who reenter the country illegally after having been deported to be held.

Writing for the court in Johnson vs. Guzman, Justice Samuel A. Alito Jr. said the second, stricter provision “governs the detention of aliens subject to reinstated orders of removal, meaning those aliens are not entitled to a bond hearing while they pursue withholding of removal.”

Tuesday’s decision marks the third time in recent years that justices have overturned lower court rulings that allowed at least some immigrants facing possible deportation to seek release on bond. In those earlier cases, the justices reversed the 9th Circuit Court in California. Tuesday’s ruling reversed the 4th Circuit Court based in Virginia.

Alito wrote the earlier opinions as well, while Justice Stephen G. Breyer had steadily dissented. He has argued the Constitution and the law generally assumes detained people may ask for release on bond if there is a strong presumption they will return for their hearings or trial.

“I can find no good reason why Congress would have wanted categorically to deny bond hearings to those who, like respondents, seek to have removal withheld or deferred due to a reasonable fear of persecution or torture,” Breyer wrote Tuesday. Justices Sonia Sotomayor and Elena Kagan joined the dissent.