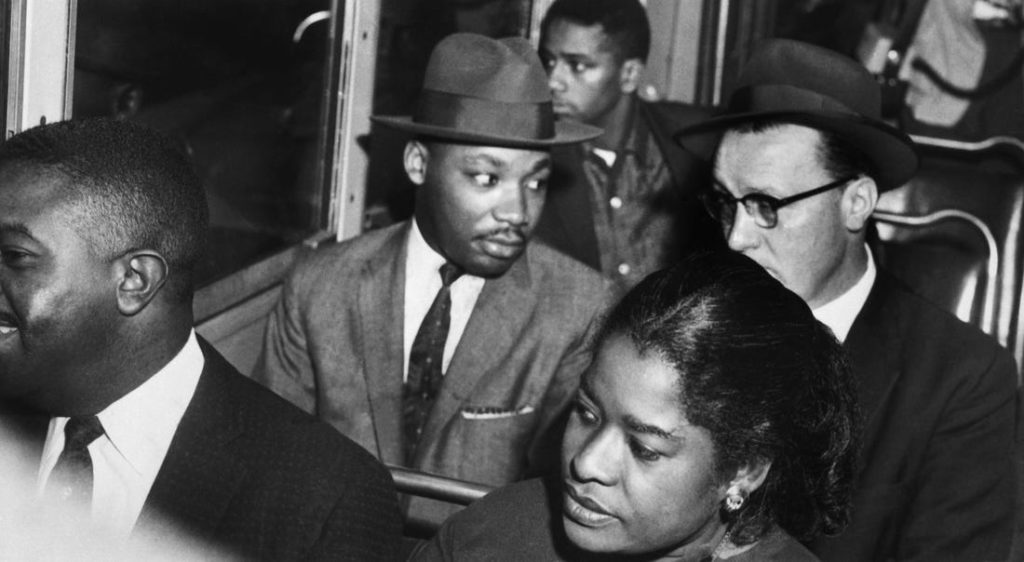 At the San Francisco County Transportation Authority Tuesday, Supervisor Shamann Walton once again referred to car-free JFK as segregationist. Specifically, he said it “…looks like the 1950s south.”

No it does not, as was quickly pointed out on social media, here by journalist Walter Thompson:

I wish my grandparents were alive to talk to @shamannwalton about racism in the 1950s and help him get his mind right because this is offensive https://t.co/rHF3j592ji

Car-free JFK is about taking a portion of the park that was used as a freeway and making it part of, well, a park. To be clear, this is what car-free JFK looks like:

And this is what the segregationist south looked like:

Walton’s argument is that if JFK is closed to cars, some parking spots will be lost, and his constituents won’t be able to reach the park. But as advocates have made clear, “Even with Car Free JFK, there are estimated to be between 2,500-3,000 free car parking spots on the streets of Golden Gate Park. This doesn’t include Fulton & Lincoln Avenues that also offer free street parking for 6 days, 22 hours per week (This parking is not available during street cleaning once per week). Additionally, there is an 800 spot garage below the De Young and Cal Academy Museums. This garage can be accessed from Fulton @ 10th ave. Or from Lincoln->MLK->Music Concourse if you are arriving from the south side.”

And what about taking public transportation? In Walton’s HereSay interview, he claimed the bus takes an intolerable “…couple of hours to get from the southeast sector of San Francisco to Golden Gate Park.”

But Muni’s 44-O’Shaughnessy bus, which runs every 12 minutes, does a loop around the Bayview, and then heads directly to the museums in Golden Gate Park. It takes 50 minutes.

Indeed, 50 minutes is still too slow. Streetsblog hopes Walton will join us in advocating to give that bus its own lane and signal preemption so it can make the trip faster.

Meanwhile, Streetsblog has been waiting for two months for Walton to explain why car-free JFK is an issue, but closing part of Shelley Drive in McLaren Park isn’t segregationist. So far the only answer from Walton was: “I will look more into this.”

David Miles, aka the Godfather of Skating, a longtime Golden Gate Park advocate and founder of the Church of 8 Wheels, put it this way in an editorial for the San Francisco Examiner responding to Walton’s assertions:

I was in Golden Gate Park this weekend with my family and after a year of hell, I felt a twinge of normalcy and joy. And then I remembered — right now there is a group of highly skilled professional lobbyists working backroom deals with city politicians to kill this amazing beautiful refuge in The City.

“Gaslighting” is a form of psychological abuse where a person or group makes someone question their sanity, perception of reality, or memories. These are the tactics being used by Supervisor Shamann Walton as he posts his opinion “Closing JFK Drive in Recreational Redlining.’

I don’t know why Shamann Walton wrote this op ed, or if he is working with San Francisco museums on their 42-year quest to keep John F. Kennedy Drive unsafe for kids. But he is certainly helping them achieve their goals.

As Thompson and Miles suggest, Walton either has no idea what actually happened in the American South or he’s willing to exploit the memory of the thousands of people who gave their lives fighting Jim Crow to satisfy some political aim (or the aims of his benefactors). He needs to stop.