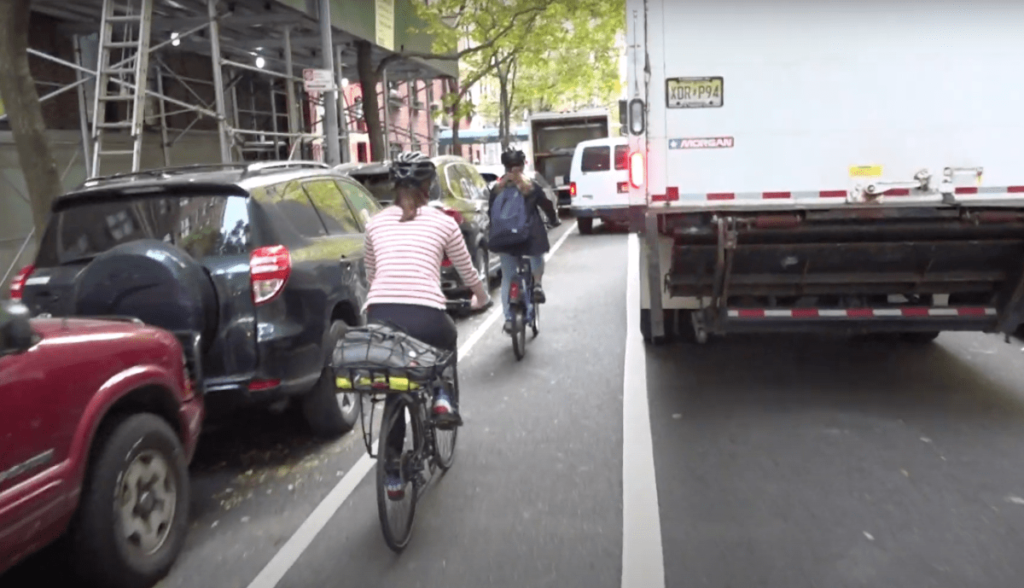 Biking is cheap, fast, promotes independence and exploration, is great exercise, and, for the most part, it’s fun. So why don’t more kids bike to school (when it’s open of course)?

The reason, of course, is because bicycling in New York City is dangerous.

Let’s put that another way: Biking in New York City is really unsafe.

Twenty-nine cyclists were killed last year. And we’re on pace for just as many this year.

But what if it wasn’t that way? What if cycling was so safe that, well, a child could do it?

Streetfilms documentarian Clarence Eckerson Jr. and StreetopiaUWS Executive Director Lisa Orman asked the same question and found that when kids and parents believe that cycling is safe — thanks to the kind of protected infrastructure enjoyed by most Manhattanites below 110th Street — kids not only will bike to school, but they want to bike to school.

Which is better for everyone, especially the kids, who benefit from time away from screens, feeling more connected to nature and the city, and also exploring their own independence.

So meet six kids who, for now, are the lucky ones. Imagine how great this city could be if every kid had a commute like Erik, Eleanor, Arielle, Arjun, Alex and Grace…