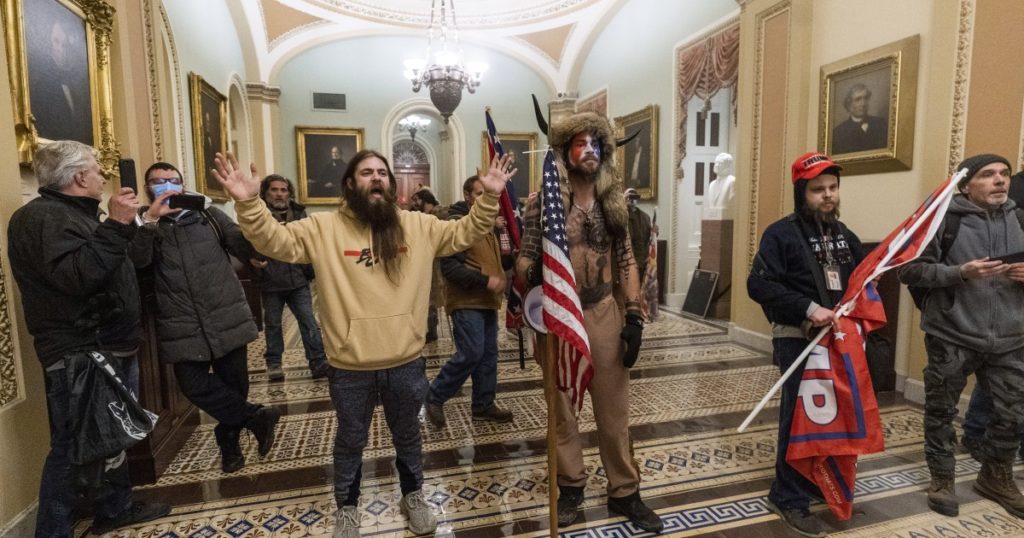 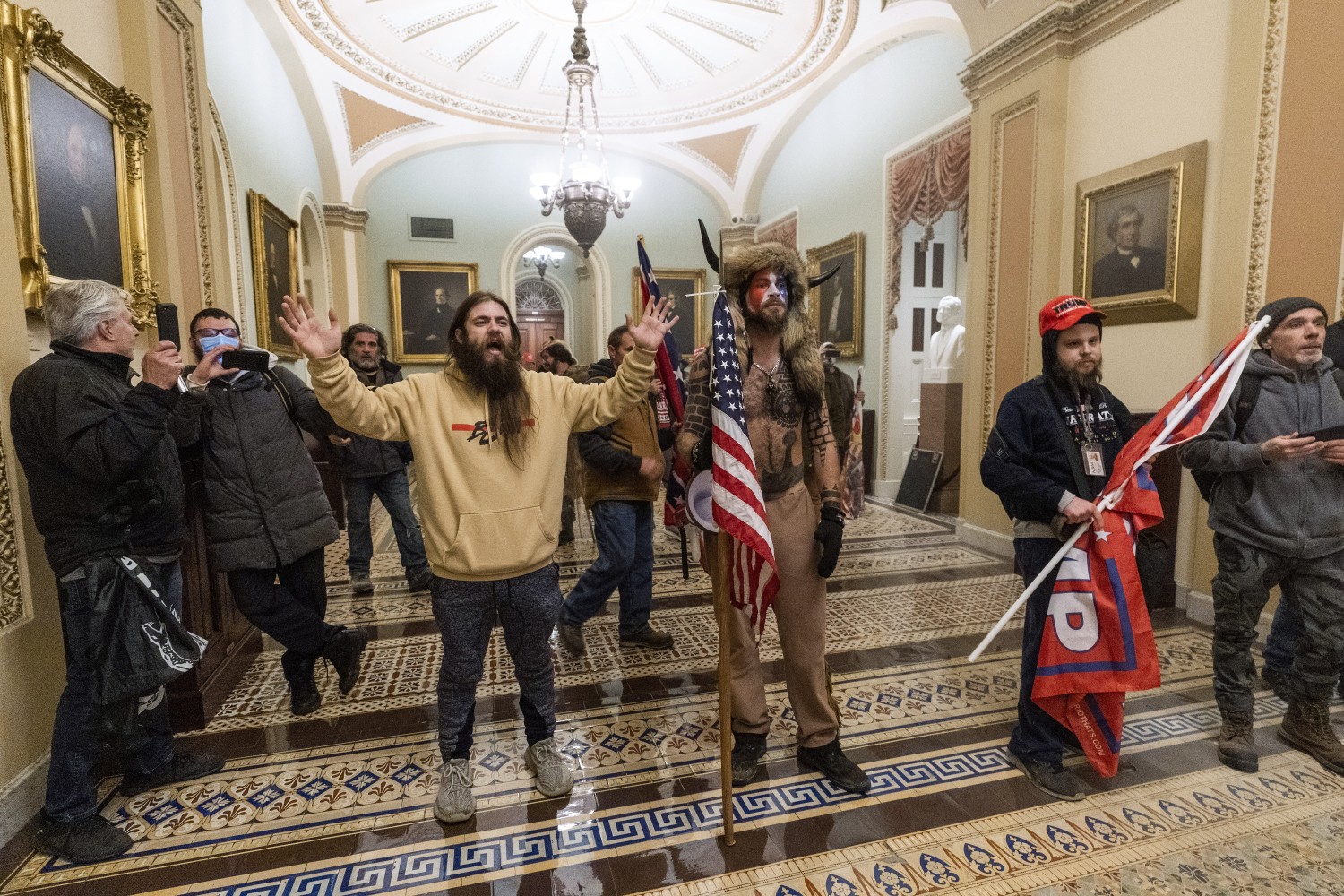 Let’s start here. Let’s acknowledge that what happened at the Capitol building on Wednesday was not a demonstration or a protest. It was a coordinated domestic terrorist attack.

Many of the mob came outfitted for a riot. They had weapons to break down doors and windows as they stormed the building. They had riot gear. Some waved the Confederate flag — which represents a government that tried to overthrow ours. None of this is opinion. Domestic terrorism is defined by the FBI as “violent, criminal acts committed by individuals and/or groups to further ideological goals stemming from domestic influences, such as those of a political, religious, social, racial, or environmental nature.”

If the people forcing their way into the Capitol wore turbans instead of MAGA hats, what transpired would not be described as a protest.

The death of Ashli Babbitt, the San Diego woman who was reportedly shot and killed by Capitol police, was the result of her participation in the insurrection. She should not be the subject of sympathetic media profiles as if she were merely someone who happened to be at the wrong place at the wrong time. Babbitt was a trained solider who tweeted “Nothing will stop us. … they can try and try and try but the storm is here and it is descending upon DC in less than 24 hours … dark to light.”

The FBI has described 2019 as the deadliest year for domestic terrorism since the Oklahoma City truck bombing in 1995. In testimony before the House Judiciary Committee last February, FBI Director Christopher Wray said the attacks from that year highlighted “the continued threat posed by domestic violent extremists and perpetrators of hate crimes.”

If you know someone who participated in the siege of the Capitol, then you know a terrorist. That might seem obvious, but Adam Angeli, a relative of Jake Angeli — the shirtless man captured roaming the Capitol with a painted face and a fur hat with horns — called him a “patriot” in an interview with CNN. It reminds me of that “Chappelle’s Show” skit about the blind Klansman who doesn’t know he’s Black. Jake Angeli’s Facebook page includes at least one post threatening to kill “the traitors lurking among us.”

I take no delight in the death and injuries that transpired. As a human being, I am saddened whenever ideological disagreements turn violent. As an American, I am appalled to see elected officials attack our democracy for reasons of political favor and appeasement. And as a Black man, I am furious that the treatment of white domestic terrorists attacking American values tends to be far more humane than the treatment of the Black citizens trying to hold the country to those values.

There is footage of a small number of law enforcement officers opening the gates to allow the overwhelmingly white terrorists to infiltrate the Capitol. Members of Congress were sheltering in place, forced there by armed men and women intent on stopping the proceedings required by the Constitution in a peaceful transfer of power… and a handful of police officers helped them.

Think about this: New York City police killed Eric Garner after a dispute about cigarettes. George Floyd lost his life to Minneapolis law enforcement over a counterfeit $20 bill. This crossed my mind as images of guards with weapons drawn were barricaded in the House chamber as the domestic terrorists tried to force their way in. The insurrectionists who breached the walls of the Capitol did it without fear of chokeholds or knees to the neck, but with a sense of comfort and undeniable privilege.

“It just goes to show the policing system was built against Black and Brown people,” Golden State Warriors star forward Draymond Green said Wednesday night. “That’s the reason someone can walk or run or bust their way through or whatever into the speaker of the House’s office and put their feet on the desk like they’re sitting at home on their couch.”

"They're not f—— protesters, they f—— terrorists."

Culturally, we prefer distancing ourselves from hard truths. We can freely talk about African Americans being the descendants of slaves but are hesitant to acknowledge slave owners have descendants, too. Southern whites who are quick to claim the Confederate flag as a symbol of one’s heritage but slow to talk about what that heritage actually is or what the Civil War was really about.

The Confederacy was defeated 135 years ago, and yet that flag waved casually in the halls of one of America’s most sacred buildings. Some of the men who tried to overthrow the government have military bases named after them as if they were not enemies of the state. And now apparently there is a large collection of voters who are unable to accept President Trump’s defeat and claim they are willing to do whatever it takes to change the results.

They have made death threats.

They took up guns.

They stormed the halls of one of our most sacred halls.

The country was attacked by terrorists.

The country needs to treat them as such.