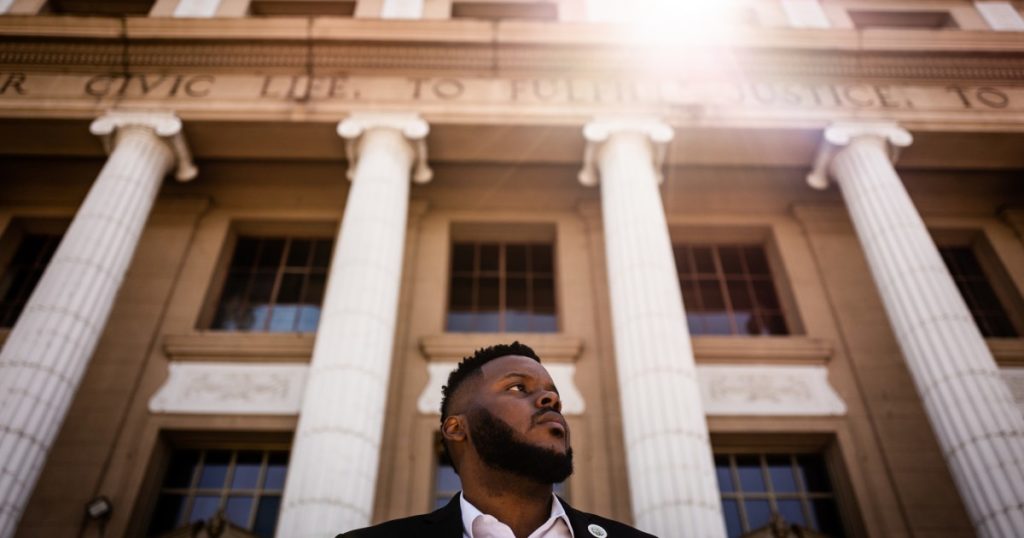 When Stockton Mayor Michael Tubbs conceded defeat Tuesday in a bid for a second term in this troubled San Joaquin Valley city, it was a painful moment he had not expected.

“As someone who is used to winning, it’s always difficult when things don’t work out in your favor,” Tubbs said Wednesday from Los Angeles, where he was in town for meetings. “I put my heart and soul into my job, so I took it very personally.”

Tubbs lost to Republican challenger Kevin Lincoln, a military veteran who served on Marine One, the presidential helicopter, during George W. Bush’s administration, but who has never held political office. Lincoln won with 56% of the vote, about 12,000 more ballots in his favor than Tubbs.

Critics of the incumbent say voters rejected him because of problems in the city including poverty and homelessness and a sense that Tubbs was more interested in national affairs than local ones.

Tubbs said he believed he’d been misrepresented in a “four-year misinformation campaign” on social media, including by a political page on Facebook whose writers were intent on his ouster.

Politicians don’t like losing, but for Tubbs, 30, some predict his recent failure may open bigger doors for a young and rising star in Democratic ranks.

“He obviously has a Rolodex that is different than a lot of people,” said Democratic political consultant Andrew Acosta, who has worked for other candidates in the San Joaquin Valley, but not Tubbs.

Tubbs has a personal relationship with Vice President-elect Kamala Harris, has worked with Gov. Gavin Newsom on issues including homelessness, supported Democratic presidential contender Michael Bloomberg early in the primary and interned at the Obama White House. Oprah Winfrey was one of his early political donors.

“He should not be written off,” said Steve Maviglio, a Democratic political consultant in Sacramento. “The guy reminds me of Bill Clinton. He, like Bill Clinton, had a very tough loss … but I think he’s super smart, super energetic, well-liked — apparently not by the voters of Stockton — but well-liked in the policy groups and political circles.”

Maviglio, Acosta and others said they think Tubbs will bounce back into political life without stigma from the ballot box beating — especially at a time when the Biden-Harris win could draw Californians to Washington to serve in the new administration and create a shuffle in state opportunities. The rout, they said, is likely not the end of Tubbs’ political prospects if he chooses to run for another office, or work for another politician in the interim.

“With the Biden administration and where we are, he would be well-positioned to do other things,” said Acosta.

One of the criticisms Tubbs faced during the election — that he spent too much time away from Stockton, and on issues that gained him more notoriety outside its boundaries than praise within them — may be key to predicting his future success.

Tubbs has become a leading national voice on universal basic income, having started a high-profile pilot project for it in Stockton in 2019 using Silicon Valley philanthropic dollars. That program, which is still running, gives 130 residents cash payments of $500 a month. In 2020, Tubbs furthered that idea by creating Mayors for a Guaranteed Income, bringing together more than 25 mayors across the U.S. to push for a federal guaranteed income.

When he began the Stockton pilot, Tubbs said he had had “many touch points” with Harris about the effort. Harris edged up on discussing a basic income during the presidential primary, with a proposal for “livable incomes” that would give some families cash grants, and in May introduced legislation to give $2,000 a month to those struggling during the pandemic.

Many conservatives have mocked the idea of guaranteed income. When it was clear Tubbs was losing right after election day, GOP consultant Jon Fleischman tweeted, “This is the smart guy who thought just handing out taxpayer money to people was a good idea. I guess he didn’t give it away to enough people …”

But with the pandemic shutdown continuing to devastate the economy and unemployment high among vulnerable workers, the idea is likely to remain in the political dialogue. The day Tubbs conceded, two pieces on universal basic income and Stockton ran in national media, one in The Economist marking it as an idea of importance for the coming year.

Tubbs said he has already started thinking of his next move, and Washington is something he’s discussed with his family. Though he hasn’t made any decisions and didn’t talk about specific offers, Stockton may soon become his past — Tubbs said he expected to make a call before the end of the year.

“All options are open now,” he said.

For the immediate future , he’s promised to help Lincoln move into office. Though Lincoln did not return a request for comment, he posted an online message thanking Tubbs.

“I want to extend my appreciation to Mayor Tubbs for his eight years of service to our community,” Lincoln said. “I look forward to collaborating with him on a smooth transition and hope he will continue to enrich our city with his ingenuity and passion for Stockton.”

Tubbs said regardless of his next title, he wants to continue working on issues of equity and equality. He grew up on Stockton’s poor south side with a single mother and an incarcerated father. After graduating from Stanford, he returned and successfully ran for city council, driven in part by the murder of a cousin in Stockton. He first ran for mayor in 2016, becoming both the youngest and first Black person to hold that office.