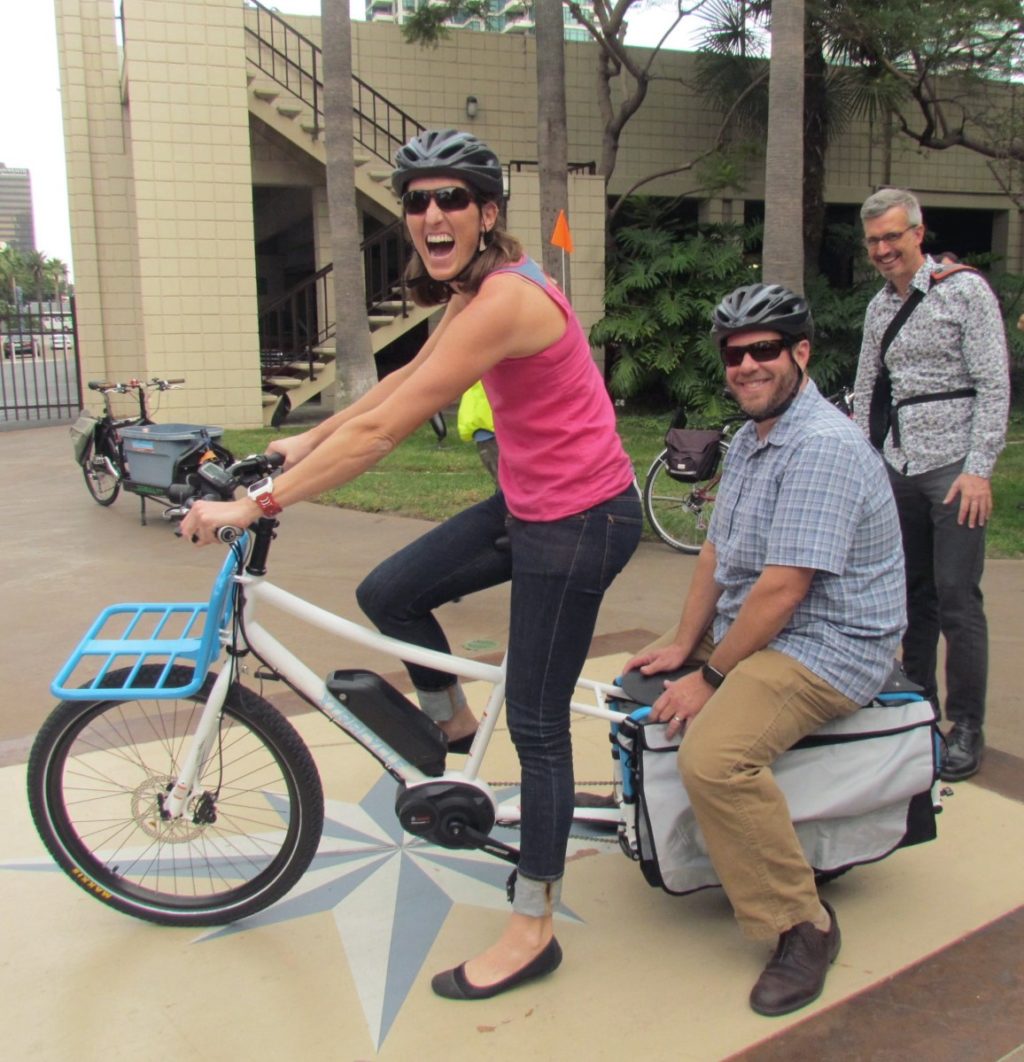 Among the many encouraging changes taking place in D.C. in the first few days of President Joe Biden’s administration are the appointments to top positions at transportation agencies. Pete Buttigieg has shown himself to be a thoughtful and knowledgeable candidate for Transportation Secretary; other appointments will be explored by Streetsblog USA soon.

One of the very interesting appointments is of Steve Cliff, currently deputy executive officer with the California Air Resources Board, to head the National Highway and Traffic Safety Administration.

NHTSA is the agency charged with vehicle safety and design, including autonomous vehicle standards and fuel economy standards, among other things. NHTSA was the lead agency for the federal SAFE rule, which tried to remove California’s authority to set its own clean vehicle standards as well as to set new, less restrictive federal standards.

At CARB, Cliff has been in charge of California’s programs on reducing and regulating vehicle emissions and incentives for electrification of the fleet. He was at the center of California’s fight with the previous administration over vehicle fuel efficiency standards, and had a direct hand in successfully convincing several automakers to publicly agree to abide by California’s standards.

And now Cliff will be in charge of the agency that was fighting to roll back those standards.

It’s a strategic move that sends the unequivocal message that our new President is committed to incorporating environmental concerns in every corner of federal policy making.

At first glance, Cliff might seem an odd choice for the agency. He’s known as a climate/clean air expert, with a PhD in chemistry and a body of research on the effects on California’s air quality from particulate matter produced in China.

“Having someone at NHTSA that actually has that core vision of helping reduce emissions from vehicles is pretty historic and unprecedented,” according to Jared Blumenfeld, the Secretary of the California Environmental Protection Agency who worked at the US EPA under the Obama administration. “It’s an issue that’s not normally in that wheelhouse. It always felt like you had to drag NHTSA kicking and screaming to the table to do anything to reduce greenhouse gas emissions.”

Streetsblog readers first met Steve Cliff when he was hired away from CARB to be Caltrans’ first Sustainability director. While there, he helped create the new division and developed a framework for incorporating sustainability into all of Caltrans’ programs. He was a strong voice in support of developing Caltrans’ new direction towards a “safe, sustainable, integrated, and efficient transportation system.”

He is also an advocate for bicycling and walking, recognizing that they are important aspects of a balanced transportation system. He helped push Caltrans to adopt goals to increase the portion of trips made by these sustainable modes. (Caltrans hasn’t yet met those goals, but that’s a story for another day).

Back at CARB, Cliff was in charge of vehicle emissions programs, including smog testing of light, medium, and heavy duty vehicles as well as regulation and policy setting. He and CARB chair Mary Nichols met with Trump administration officials to come up with an agreement on greenhouse gas emissions standards, and when it became clear that no agreement was going to happen, he led negotiations with automakers to develop and agree on standards for California that could be used by other states as well.

It doesn’t hurt that Cliff is from California, which has literally set the standard for tailpipe emissions and fighting climate change, and where people residents have first-hand knowledge of climate change’s impacts. Cliff is California born and bred – he grew up in Napa, and has spent the last few years helping his family clean up the property around what was his childhood home there until it was destroyed by one of the first major wildfires in 2017.

“I’m excited for Steve, and for California and clean air,” he said. “It’s amazing to have someone like Steve, who is so knowledgeable and has a deep history of dealing with automakers, in that position. He understands the complexities of the global auto and vehicle manufacturing industry–he understands how they weigh in on policy, and also how they don’t.”

Mitch Bainwol, who oversees government relations for Ford Motor Company, is an admirer of Cliff. Ford was one of the automakers who agreed to sign on to California’s stricter efficiency standards, and Bainwol participated in the negotiations to reconcile California and the federal government on fuel standards – negotiations that, in the end, “didn’t work,” he said.

“I have enormous respect for Steve,” he said. “He is highly skilled, and he has all the chops you would want for this role, including an ability to strike the perfect balance between aspirational policy objectives and what works at the 2000-foot level with industry. He’s fair, thoughtful, tough, and not bashful about indicating his reservations about something. He is also broadly respected in the industry as someone who knows how to make the system work.”

Cliff’s successful experience negotiating with automakers is obviously one big point in his favor. It’s also key that he understands the broader implications of the work at NHTSA, which has a wide scope: the agency will deal with tailpipe emissions and electrification of the fleet, but is also charged with regulating autonomous vehicles, something that under the previous administration amounted to almost nothing. Any larger policy moves on making vehicles safer for people not inside them will also fall under NHTSA’s purview – so having an administrator there who not only understands the perspective of bike riders and pedestrians but knows we need to encourage and increase the use of those modes is crucial.

Even Ford’s representative knows this. “NHTSA is hugely significant agency, and this is probably true more now than ever before,” said Bainwol. “We’re on cusp of many inflection points, with many different models of mobility, with electrification, with autonomous vehicles. You also have this moment of constructive alignment between industry and policy makers about where we’re going. There is no longer a debate about whether electrification is the future,” he added. “It’s just not a question. And we’re on the cusp of policy choices that will change this in a very real way.”

Cliff both understands the industry, he says, and “has a progressive and very thoughtful perspective on the environmental side of the question. He’s particularly well equipped to play a critical role at this significant time for mobility.”

For now, Cliff has been appointed acting head of NHTSA, and will start on February 1. There’s a lot to tackle, from cleaning up the outgoing administration’s mess to getting started on creating clear, consistent guidance for industry – something that has been lacking.

Bainwol believes that “sometimes policy is behind the curve of change, but in the current construct, policy is going to drive change.” That’s because the changes that are needed in the nation’s transportation system are complex, interconnected, and will require everybody to work together.

One example is electrification of the fleet. “How the government engages to support this transformation will be totally crucial,” said Bainwol. “It’s not something that any one entity can do alone. Customers have to want to buy it, we have to provide the product, and the government has to provide policy to support it,” he said. “Everybody’s got a role, and we have to work together.”

“What’s unique about Steve is he understand the levers of policy, and how businesses adjust and transform. He’s got a unique capability to make a big difference.”