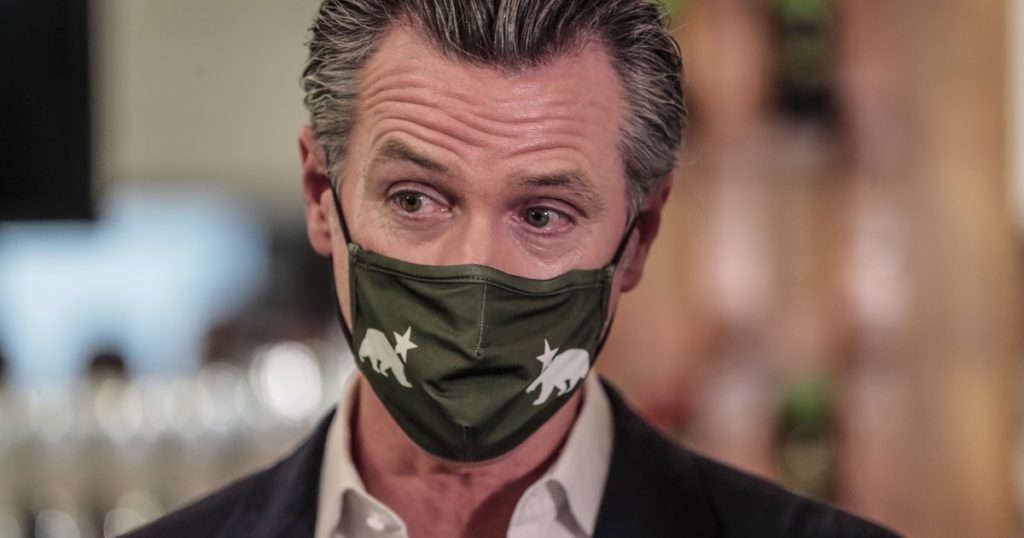 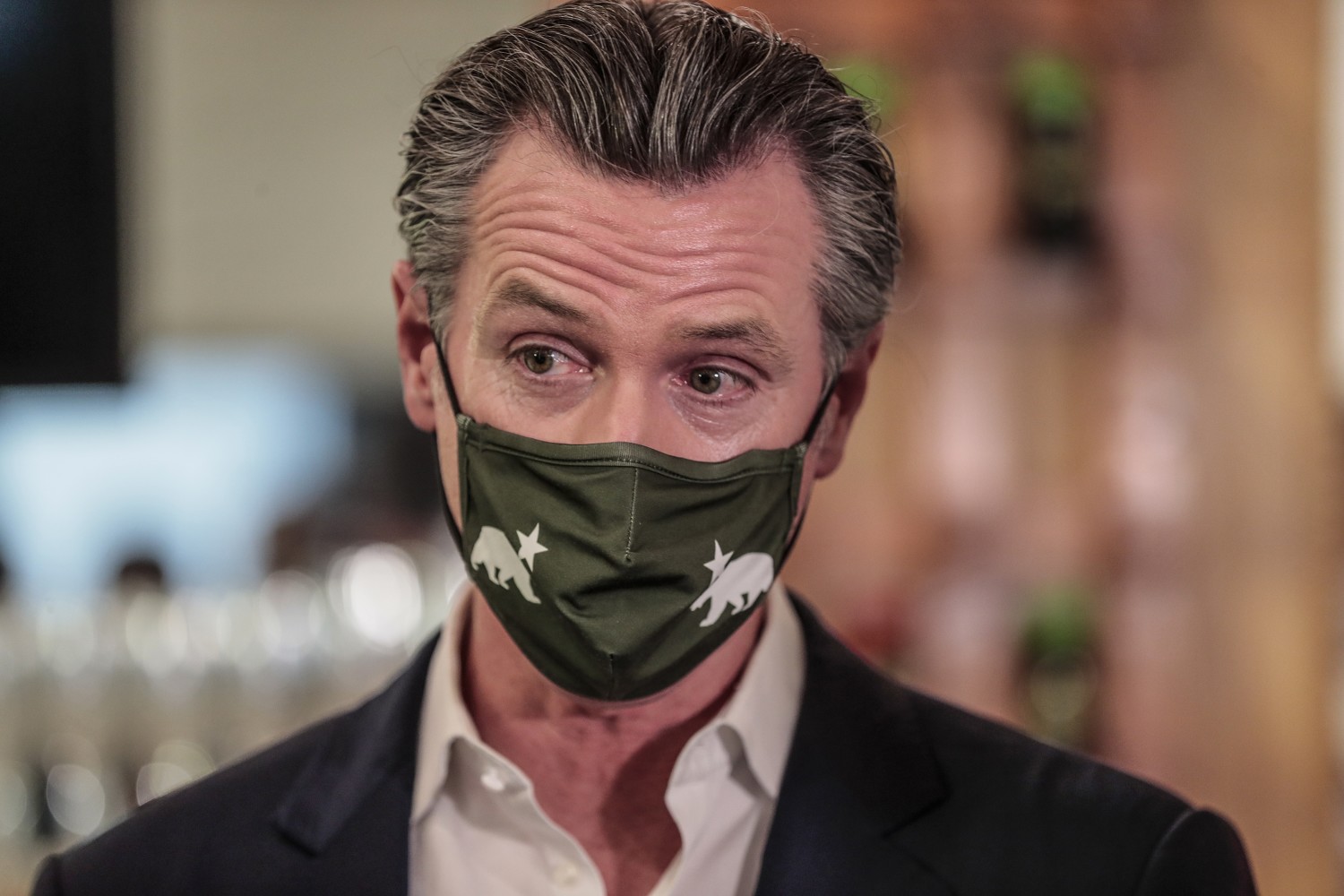 With the spread of COVID-19 on the rise, Gov. Gavin Newsom faces a delicate decision over whether to again impose statewide mask requirements in all indoor public places and risk upsetting Californians just weeks before they decide if he should be recalled from office.

In Los Angeles County, home to one out of every four Californians, residents are required to wear masks in those settings whether they are vaccinated or not. Seven San Francisco Bay Area counties last week recommended the use of masks, as did Sacramento and Yolo counties, to help stem the spread of the highly transmissible Delta variant.

Though the Newsom administration has thus far deferred to counties, that could change if California continues to see an increase in COVID-19 cases and hospitalizations.

“There have been so many points during the pandemic where it was hard to know what I would do,” said Dr. Karen Smith, a communicable disease physician and former director of the California Department of Public Health. “This is actually kind of the hardest one.”

Newsom did not directly answer a question during a Monday news conference in Sonoma County when asked about the possibility of a statewide indoor mask mandate, instead dancing around the tricky political topic.

“I see counties all up and down the state, including up here, that are recommending mask-wearing indoors,” Newsom said, before pointing out that the American Academy of Pediatrics is “basically aligned” with the state’s controversial mask mandate in schools.

“We are committed to getting that done, committed not to imposing new restrictions, but we are also committed to addressing this latest increase in the number of new cases here in the state of California,” Newsom said, adding that his administration is “very mindful of the transmissible nature of this Delta variant.”

“As a consequence, you’re seeing not just L.A. County as I noted, but Bay Area counties following with some form of requirements or recommendations,” Newsom said. “This is inevitable, if this continues.”

Any decision could prove to be politically volatile for Newsom, given the politicization of COVID-19 vaccinations and restrictions largely driven by Republican leaders, including former President Trump, and conservative media. Republicans hoping to replace Newsom after the Sept. 14 recall election already have seized on the issue of new mask mandates as another example of government overreach.

“If Gavin Newsom had any common sense, he’d step up and oppose this, that’s what I’ll do as Governor,” Faulconer said in a tweet last week.

Mark DiCamillo, director of polling at UC Berkeley Institute of Governmental Studies, said any restrictions imposed by Newsom would energize Californians who want to oust Newsom from office. That alone would make an impact since the election could potentially hinge on voter turnout, though all recent polls indicate the recall will fail.

“Republicans and ‘yes’ voters view these as personal decisions, and, you know, the imposition of these kinds of mandates doesn’t sit well with that portion of the electorate,” DiCamillo said.

Rob Stutzman, a Republican political consultant and former communications director to Gov. Arnold Schwarzenegger, said the divide over COVID-19 restrictions between Newsom loyalists and hardcore recall supporters is stark, but not every Californian can be classified by those political extremes.

Imposing a statewide mandate for wearing masks in indoor public places threatens to raise the ire of Californians who might still be undecided or wavering over Newsom’s recall, Stutzman said.

“I think a lot of people that are vaccinated, who have done what they were asked to do, will feel really put out,” he said. “I think going backwards on mandates has a lot of political risk. It’s a slippery slope. The next thing that’s gonna happen is that health officials will be pushing for restrictions on inside dining again. Where is it going to end?”

But Smith said vaccinated people aren’t who Newsom needs to worry about.

State surveys show that most vaccinated Californians continue to wear masks in public spaces and mask more often than those who have not been vaccinated, she said.

Smith said the question of whether to go a step further and mandate masks again is a difficult one, but a statewide order feels premature given that California’s vaccination rates are relatively high and hospitalizations are low at this point. She recommended a public awareness campaign explaining the benefits of continuing to wear masks before any possible statewide restrictions.

“There are no really good solutions here,” she said. “I don’t see a mandate coming in the near future. I don’t even see a recommendation coming in the next couple of weeks unless something like hospitalizations start to go way up.”

“Wearing a mask is a very small price to pay for being able to improve the situation and reverse this upward trend,” Kim-Farley said. “There are still many who cannot yet get vaccinated — for example, all children under 12 years of age. So, in one sense, by wearing a mask you’re also protecting them.”

Kim-Farley said that because roughly 52% of people in the county are fully vaccinated, and others who got COVID-19 developed some natural immunity, the region will not see anything like the major surge in cases that overwhelmed hospitals during the holidays at the end of 2020.

Still, he warned, the virus is highly transmissible and poses a danger.

“If you are not vaccinated,” he said, “it will find you.”