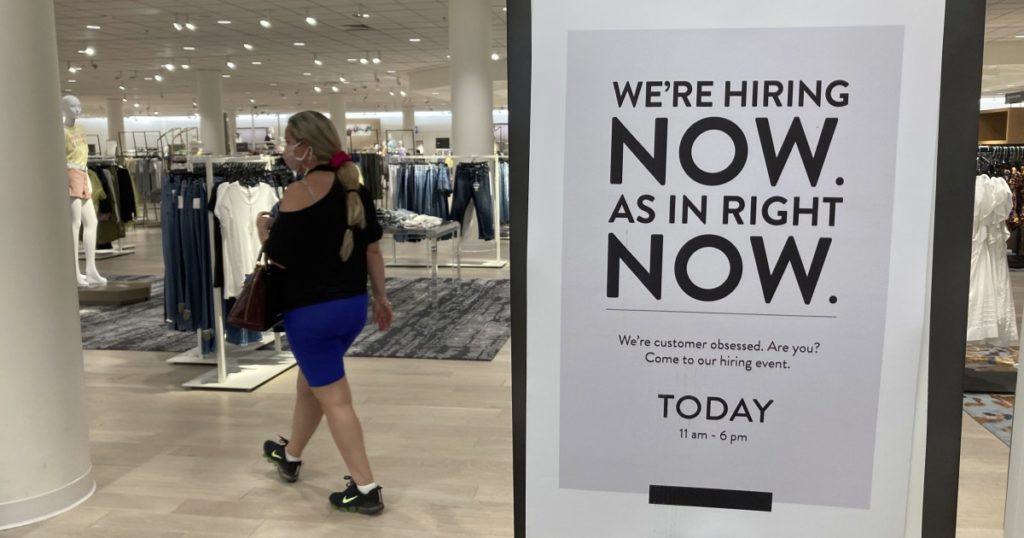 California and other states struggled to provide expanded unemployment benefits during the pandemic, resulting in “millions of Americans waiting weeks to months for their first unemployment checks,” a Labor Department watchdog confirmed Wednesday.

States also failed to adequately prevent massive fraud and improper payments, or to collect necessary data to determine the scope of the problem, the report found.

In the early days of the pandemic, Congress dramatically scaled up unemployment insurance funding and expanded the pool of who would qualify for cash as much of the economy stuttered to a halt.

But states were unprepared to handle the onslaught of new claims from millions of desperate Americans who had lost their jobs when the government ordered businesses to close and people to remain in their homes and avoid public spaces.

It was clear to anyone who had to apply for unemployment after March 2020 that states struggled to distribute the billions in additional aid during the pandemic, implement three new unemployment programs and deal with an unprecedented number of claims.

The Department of Labor’s inspector general warned of problems repeatedly in the last year, but Wednesday’s report was the most comprehensive examination to date of how states did.

Congress is already weighing changes to how unemployment aid is distributed as a result of the missteps during the pandemic. California lawmakers continue to push for an overhaul of the state Employment Development Department, which still is facing delays in approving benefits, and dealing with technology glitches, jammed phone lines and fraud.

The state government “completely failed its unemployed citizens this past year,” said state Senate Republican leader Scott Wilk of Santa Clarita. “It is just heartbreaking to hear from families teetering on the edge simply because their claims are lost in some bureaucratic black hole.”

A spokesperson for the state Employment Development Department did not have an immediate response to the report Wednesday.

California was one of 12 states closely examined in the report, which blamed the nationwide backlog on antiquated state IT systems, insufficient staff to manage the increased number of new claims, and unclear or untimely guidance from the Labor Department.

States and territories run and maintain their own unemployment systems according to state law, but they receive guidance from the federal government.

California has received a record 22.5-million unemployment claims since the COVID-19 pandemic began in March 2020 and has paid an unprecedented $147 billion in benefits. It has determined that at least $11 billion in benefits paid involved fraudulent claims, and it is investigating suspected fraud in another $19 billion in claims, including thousands made in the names of prison inmates.

State audits have shown that poor planning by the agency slowed the approval of millions of claims and made it vulnerable to widespread fraud.

The Labor Department inspector general found that most states took more than 30 days to expand unemployment benefits to the new pools approved by Congress, a timeline the report calls “an unreasonable length of time for UI claimants experiencing financial hardships as they struggled to pay bills and satisfy basic needs, such as food and housing.”

California took 32 days to set up the Pandemic Unemployment Assistance program, intended to provide money to people who hadn’t previously qualified for unemployment, including the self-employed and gig workers. The state took 61 days to implement the Pandemic Emergency Unemployment Compensation program, which provides money to people who have exhausted benefits provided by the state but who are still unemployed because of the pandemic.

The watchdog estimated in January that at least 10% of the $392 billion Congress provided was improperly distributed, and it has warned that, when the expanded benefits expire at the end of the summer, the total of improperly distributed money could be closer to $87.3 billion out of $872.5 billion.

Fraud experts have estimated the amount is likely much higher because states and the federal government weren’t collecting necessary data or doing proper identity checks until late last year.

Wednesday’s report recommended a nationwide study of the technological needs of state unemployment systems, and that the federal government help states modernize those systems. It also urged the Labor Department to assist states with claims, overpayment and fraud reporting, and to develop standards for what guidance to provide to states in case temporary unemployment systems need to be put in place again.

The Labor Department agreed with the recommendations and said some were already being put into place.

Congress is expected to weigh measures to overhaul unemployment later this year. Senate Finance Committee Chairman Sen. Ron Wyden (D-Ore.) has proposed bringing the 53 separate state and territory systems under the technological umbrella of the federal government. States would still run their own programs and have their own state laws but would all be subject to the same federal standards for wait times and identity verification.

“A complete overhaul of unemployment administration is critical here,” Wyden said in a statement Wednesday. “If we don’t do this now, we will see the same problems during the next recession, with unacceptable levels of fraud, and jobless workers waiting months and spending hours and hours on the phone to get the benefits they have earned.”

In the last week, California state legislators have approved a raft of bills to force change at the state agency, including requirements to speed up processing of claims and check to make sure people filing claims are not incarcerated.

California’s backlog of claims awaiting action for more than 21 days has grown from 1.02 million on April 10 to 1.13 million, according to a report by the EDD released May 22. The agency answered less than 6% of the 3.95 million phone calls to its call center during the week ending May 22, according to its report.

The EDD has hired contractors to staff phone lines and provide computer verification of the identities of claimants, but problems at the agency have become one of the issues cited by those seeking to recall Gov. Gavin Newsom from office.

Newsom proposed in his state budget spending tens of millions of dollars to upgrade EDD systems and technology. The governor noted that many other states had the same difficulty processing the flood of claims.

“It was just not designed for the challenge that this nation, this state has faced,” Newsom said, “so we have to reimagine it, we have to support it.”