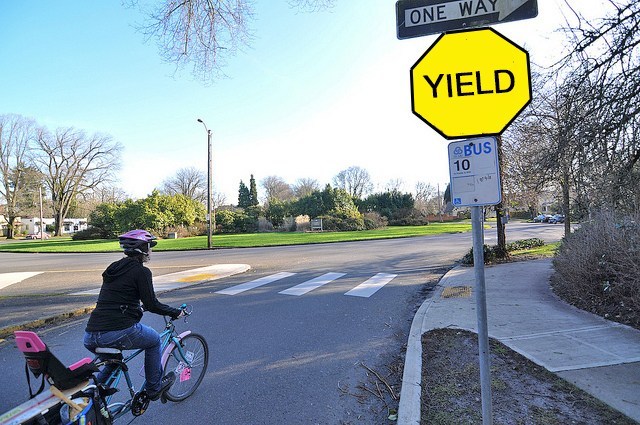 Call it the Idaho start.

An upstate State Senator has introduced a bill that would allow cyclists to slow-roll through stop signs and go through red lights after a quick full stop — a safety solution to the problem of cyclists losing forward momentum even if the coast is clear.

The so-called “Idaho stop” earned its name because the state with the famous potatoes was the first to pass a rule allowing cyclists to keep going and stay ahead of car traffic.

“I have biked to work for years, and I’m always interested in making it safer and more sensible,” said Sen. Rachel May (D-Syracuse), the chief sponsor of the bill, S920.

May said the Idaho stop improves safety because it puts cyclists out in front of cars at intersections — the very place where most crashes occur (studies confirm that it makes roadways safer). And it would reduce “meaningless tickets” from police officers, who treat drivers of 4,000-pound cars the same as cyclists with far less destructive power and trail of wreckage. In New York City, a red light ticket costs $190 — the same for bikes and cars.

Eliminating that false equivalency was one of the motivating factors behind City Council Member Antonio Reynoso’s own local “Idaho Stop” bill, which he introduced in 2015, but did not get a full vetting because the Council was also considering allowing cyclists to get a head start by legally going on the “walk” sign at intersections with leading pedestrian intervals. That bill became law in 2019.

“The key thing about the Idaho stop is that it begins the process of separating the idea that the bike and the car are the same thing,” said Reynoso, who supports the state bill. “A bike is closer to a pedestrian than a vehicle, and separating the car from the bike in the public mind is critical to make progress when it comes to progressive transportation policy.”

Specifically, such a law could remove the NYPD’s frequent crackdowns and stings on cyclists.

“The NYPD has been a protector and enforcer of car culture,” Reynoso said. “They are antagonistic to cyclists. So legalizing the Idaho stop is about changing culture. That’s my mission at the end of the day.”

“If you make the stop sign the equivalent of a yield sign, it steers cyclists towards roads with stop signs instead of stop lights, which tend to be major roads,” she said. “And not having to stop is a very big deal for a cyclist, given the energy it takes to get started again. I think this will encourage cycling by making it safer and easier.”

Advocates for cyclists and for cycling have long supported the Idaho stop, which is legal in one form or another in five states and several Colorado counties. Arkansas legalized it in 2019. Washington State’s version went into effect late last year.

“The time is right for this sensible bill that simply legalizes the de facto and largely responsible practice of most cyclists, who treat red lights as stop or yield signs,” said Steve Vaccaro, a lawyer who serves bicyclist clients. “Especially downstate, we need this law to correct punitive policing of perfectly safe cycling behavior, such as ‘four-blocks-in-a-row’ gotcha ticketing and issuance of more red light tickets to cyclists than to motorists.”

May’s bill has not been scheduled for a hearing yet, but one is likely given that the legislature will want to hear from law enforcement officials, who will likely oppose it. (An NYPD spokesman said only that the bill is being reviewed.) May urged advocates and supporters of the bill to call the Senate’s Transportation Committee Chairman Tim Kennedy (D-Buffalo) and Assembly Transportation Committee Chairman William Magnarelli (D-Syracuse) to push the bill. Assembly Member Patricia Fahy (D-Albany) is carrying the bill in that chamber.

“I’ve heard from an increasing number of people who are interested,” May said. “If people start writing letters of support to their state senators or to the majority leader [Sen. Andrea Stewart-Cousins], that increases the chances.” 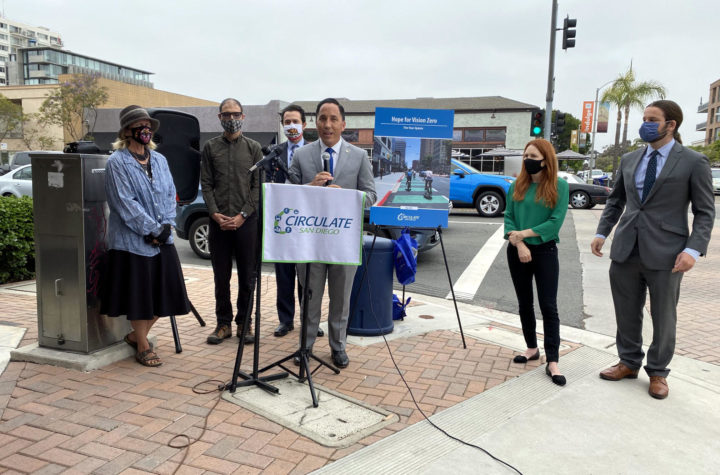 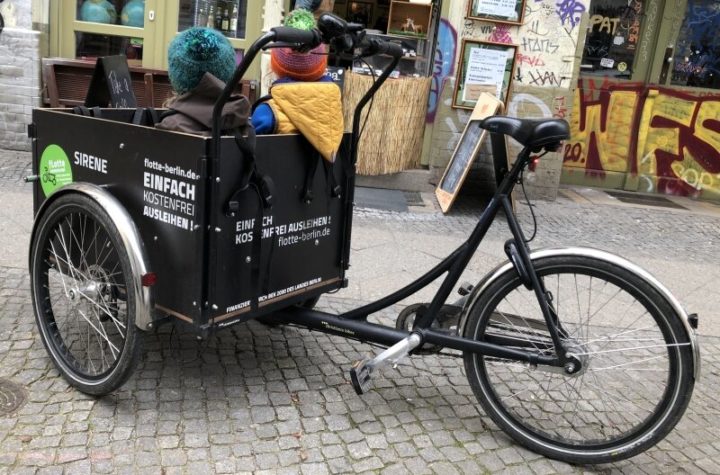