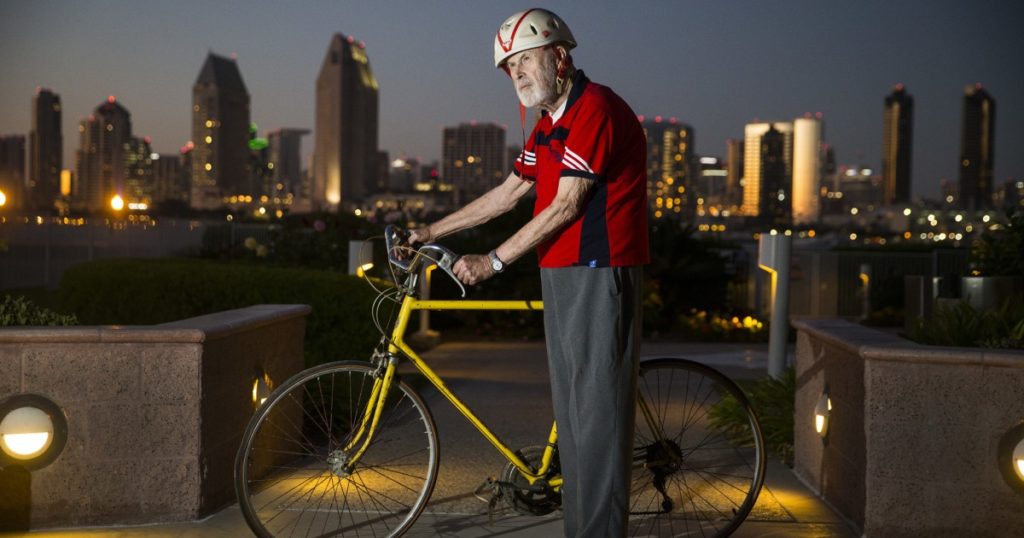 Jim Mills was the type of legislator whom voters would want to represent them in the state Capitol, regardless of party or era.

A studious policy wonk but a realist skilled at backroom legislating. Intense internally but laid-back outwardly. Tenacious but not overbearing. Basically ethical.

The Democrat delivered for his district — a popular trolly system and the Old Town San Diego State Historic Park.

He delivered for environmentalists and preservationists across the state, promoting bicycle paths, helping create the Coastal Commission and authoring legislation that saved thousands of historic buildings by providing property tax breaks for owners.

One building Mills preserved as Senate leader was the state Capitol. In the early 1970s, there was an obscene plan with powerful supporters to replace it with a twin-towers monstrosity. Mills nixed the idea and opted instead to restore the historic old Capitol.

One of his last preservation efforts was opposing the current under-the-radar $1-billion project to replace the state Capitol annex. It needs repairs and updating but not the planned demolition that would tarnish the Capitol’s grandeur.

The photogenic steps on the Capitol’s west front would be obliterated by a visitors’ center. Roughly 100 stately old trees in Capitol Park would be uprooted so an underground parking garage could be dug. The primary goal is to provide plusher space for legislators, their staffs and the governor.

“This … involves the imminent destruction of historical state property, the senseless expenditure of $1 billion … and apparently numerous violations of state law and regulations,” Mills declared in November.

Unfortunately, Mills won’t be around to continue the fight. He died March 27 of liver cancer at 93.

The Times ran a substantive obituary. But I felt compelled to add my two cents, having covered the lawmaker for most of his 22 years as an influential assemblyman and senator.

As Senate president pro tem for 10 years during the ‘70s, Mills was a bridge between two legislative eras. The first was dominated by bosses and an overabundance of sleaze but benefitted from bipartisan collaboration. The second was — and is — less authoritarian and perhaps more ethical but politically polarized and largely unable to compromise.

Mills was Senate leader during an era many consider the Legislature’s heyday. Lawmakers were more collegial and less partisan.

But it began to turn more political at decade’s end. Mills was ousted as pro tem after the 1980 election because Democrats believed he wasn’t political enough. He was replaced by Sen. David Roberti of Los Angeles.

Mills was elected to the Assembly in 1960. The next year, legendary Jesse “Big Daddy” Unruh won the speakership and Mills soon became a lieutenant.

An invaluable contribution to history was an entertaining 1987 book by Mills called “A Disorderly House,” which contained candid tales of the Unruh Assembly era, including the speaker’s constant battles with Gov. Pat Brown, a fellow Democrat.

Unruh wanted to run for governor in 1966 and thought Brown had promised not to. Brown did run for a third term and was shellacked by Republican Ronald Reagan. Brown told me years later that the only reason he ran was to block Unruh from becoming governor.

There also was another conflict between the two. Unruh was President John F. Kennedy’s “man in California” — not the governor, whom JFK considered a political blunderer.

In his book, the former middle school history teacher praised Unruh as a “heroic figure” who had “a Shakespearean dimension to him.”

That fit, but not how Mills meant it to. Unruh loved to sing Hank Williams’ country-western songs when he drank, which was often in late-night watering holes around the Capitol. Music critics dubbed Williams “The Hillbilly Shakespeare.”

The appeal of Mills’ book is the frankness about the Unruh era, especially the carousing, boozing and philandering. These were the days of loose drunk driving laws, very few female legislators, male lawmakers batching it and lobbyists eagerly picking up dinner and bar tabs.

Mills wrote that journalists inaccurately portrayed Sacramento nightlife. It wasn’t fair “to charge the Legislature as a whole with drunkenness and philandering,” he asserted. “Such a blanket accusation did not allow for the disparities between the two houses.

“In general, the Senate was guilty of drunkenness but, unlike the Assembly, was innocent of philandering.”

Mills devoted three chapters to what he called “the legislative battle of the century.” None that I know of was more shocking or dramatic. It was Unruh’s 1963 lockup of Republicans overnight in the Assembly chamber because they refused to vote — for or against — a school appropriation bill.

Before they voted, Republicans demanded to see a second bill that included the spending details. Unruh was trying to hide the details because they favored poorer schools, and he felt “cow county” senators would rebel.

As the night progressed, Unruh drank volumes of gin — on top of the diet pills he was consuming to lose weight that neared 300 pounds. Big Daddy stubbornly refused to allow the Republicans to leave, and they gleefully cashed in on the anti-Unruh TV and radio publicity.

It had a “disastrous effect” on Unruh’s career, Mills wrote. Very true. He ran for governor in 1970 and was beaten by Reagan. But he was elected state treasurer four times.

“Power had gone to Jess’ head,” recalls former Republican Assemblyman Bill Bagley, 93, of San Rafael, one of the lockup instigators. “Yes, we wanted to stick it to him. And we found an occasion.”

Regardless of all the carousing during the Mills years, they produced heaps of progressive legislation on civil rights, healthcare for the poor, welfare expansion and environmental protection.

Mills certainly would be a legislative asset today and so would many of his buddies. But they’d need to be more discreet after hours.