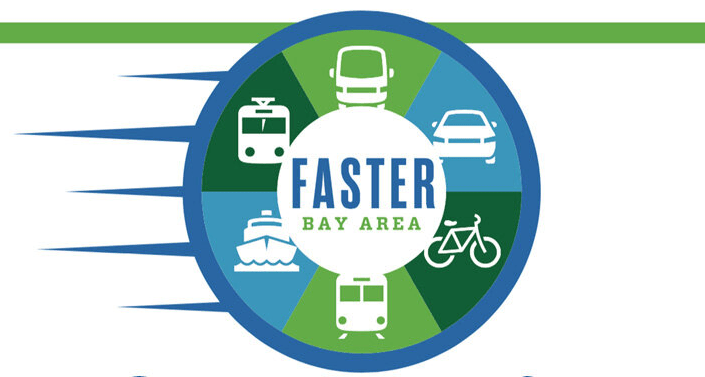 Last Spring, the idea of putting a “mega-measure” for transportation on the November 2020 ballot was shelved as the focus of leaders in the state capitol and locally centered on the response to the COVID-19 pandemic. However, at least two groups had formed to create and push for these measures: Faster Bay Area and Voices for Public Transportation.

After the campaigns were put on hold in the short-term, Streetsblog SF switched its focus on mega-measure coverage to talking to local and national experts on ballot measures so we could better cover what could be done now to make sure that a future measure is both passable and the best possible measure for the region.

A couple months into 2021, we wanted to check back in with Nick Josefowitz, the Director of Public Policy at SPUR. In addition, he served as a BART director, where he led efforts to pass and issue a $3.5 billion infrastructure bond. He is currently a commissioner for the Metropolitan Transportation Commission and serves on the board the Water Emergency Transportation Authority. SPUR was one of the three large groups that led the Faster Bay Area Campaign.

To read all of the interviews in our series, click here. The below interview was lightly edited for length and clarity.

Damien Newton (SBSF): It’s been about a year since Faster Bay Area “pulled the plug” as we said in our headline on a regional transportation measure. What, if anything, is happening with Faster and what does the future hold for a potential mega-measure?

Nick Josefowitz (NJ): One of the things we did with Faster is we set out an ambitious vision for Bay Area transportation and you’re seeing that taken up in the latest sustainable community strategy being put out by MTC where they’re assuming that there’s going to be a Faster-like measure put on the ballot in the short-to-medium term.

And that’s something that will be really important not just to deliver regional transit but also sustainable transportation around the Bay Area.

SBSF: In other interviews, we’ve heard that MTC should be the regional driver for such a measure and that a public process convened by them could be the way to bring together a regional coalition to get a measure passed. Is that a view that you share?

NJ: I think we’ve always wanted to work pretty closely with MTC. It would be a great agency to take the lead on this; but it’s not something that MTC can do on its own. It’s going to take a great coalition with government agencies and elected leaders but also with groups like Faster,Voices for Public Transportation and others, all working together.

SBSF: Last Spring we had some measures in the Bay Area that failed. In the Fall, there was a large measure for Caltrain funding and it did pass. Do you think there are lessons learned from those experiences for what can be done now to make sure we have a measure that passes in the near-ish future?

NJ: One needs to have a very ambitious vision, not necessarily a vision filled with capital projects, but an ambitious vision on how we can transform how we get around in this region. And then, one needs to build a really large coalition around that vision, a coalition that includes elected officials, business, environmental groups, labor, equity groups, riders, and others.

And one of the things that was really interesting about the Caltrain measure was that they were confronting their equity and governance problems concurrently with putting a measure on the ballot. They didn’t completely confront them, but created a pathway to confront them that people believed in.

That’s going to be really important on a regional scale as well. We can’t expect to put a regional measure on the ballot of the scale that was contemplated with Faster without confronting some of the governance challenges we have now: 29 different regional transit agencies each doing their own thing and not creating a regional network; mega-projects like rail lines and micro-projects like bus lanes that cost too much and take far too long to deliver; an inability to prioritize transit on our roads, which massively diminishes the value of any bus or light rail investments; state and federal barriers to building out a regional network of connected carpool and express lanes through converting existing lanes rather than by widening highways; structural inability to provide a regional transit pass. We cannot and should not invest over a hundred billion dollars without major reforms to how transit is planned and delivered in this region.

SBSF: One of the things we heard in past interviews is that the coalition has to be built before the measure is written to bring as many people to the table as possible. If MTC, or anyone, is going to be the leader to do that, what should they be doing now? Can a public agency have that kind of process to build that kind of coalition?

NJ: MTC hasn’t started on the process of building a measure, so MTC needs to take that first step if they’re going to be that leader.

What’s going to be important to do is to lay out a vision for how we get around this region in the future that includes a regional transit network but also includes a vision beyond transit: carpool lanes, vanpool lanes, shared mobility, bike networks.

People need to get excited about a transportation future where they can get around this region quickly, reliably, affordably and cleanly without driving alone.

Faster recognized that we also need to build more compact communities to deliver the kind of transportation our region yearns for. Our plan would have included funding for transit-oriented affordable housing. A future measure needs to include investments to build these compact communities and not just focus on traditional transportation investments only. The best way to relieve congestion and make it easier to get around is to bring destinations closer together.

The third thing is that we need to layout some pretty clear lines in the sand from an early stage about what are the types of projects that we want to fund. Faster, straight out of the gate, was clear that we were not looking to expand highways. The measure wouldn’t be a measure to fund projects that would increase VMT, increase congestion, increase air pollution and increase climate pollution.

This was going to be a measure that would do the opposite. To hold that line will be incredibly important or we’ll end up with a smorgasbord measure that won’t bring the change we need and will likely move us backwards.

SBSF: Sitting down here in my perch in Los Angeles, that’s an interesting point. We’ve been told for years by politicians, and even some of our advocacy groups, that we can’t pass a regional measure without a significant portion going to roads and highway projects.

But another thing I’ve been hearing over and over again is that for a measure to pass there needs to be a regional fare system, a regional payment system or at least a roadmap on how to get a regional fare system. The confusing nature of 29 different transit systems is a barrier, either because of cost or another reason, for people to use transit as a way to get around.

How important is reforming the fare system to getting a regional measure passed?

On the flip side, operators are generating revenue by people transferring between systems that they wouldn’t get if we went to a regional system. Naturally, operators are reluctant to give up that “transfer penalty” without a way to make up that revenue.

A regional measure provides a tremendous opportunity to backfill that lost revenue from eliminating the transfer costs. It’s an opportunity we shouldn’t pass up.

Similarly, there are very few multiple agency transit passes. Some agencies don’t even offer transit passes. If you provide people with transit passes, if we allow employers to buy transit passes for their employees, it significantly increases the uptake of transit not only because of the discount but also because after you take a certain number of rides future rides are free.

Again, offering passes is a risk to the revenue of some operators, or at least they feel that way. So a regional measure provides an opportunity to mitigate or even remove that risk.

SBSF: We’re coming up to the end of our time limit, is there anything else you’d like to add about where we are or where we’re going on a regional measure? If people are really excited about this, what should they be doing now?

NJ: People should begin now talking to their local and state elected officials to let them know how they feel about this.

And not just about how we need a large transportation measure, but how we need a measure that is grounded in the principals of sustainability and equity, how we should only be funding projects that move our region away from air pollution and congestion, and how we need to not just dump money into the existing system but make the systemic governance reforms that are going to allow transit and sustainable transportation to succeed.

We don’t do that just by throwing money at the problems. We need to fundamentally change how these systems are governed.