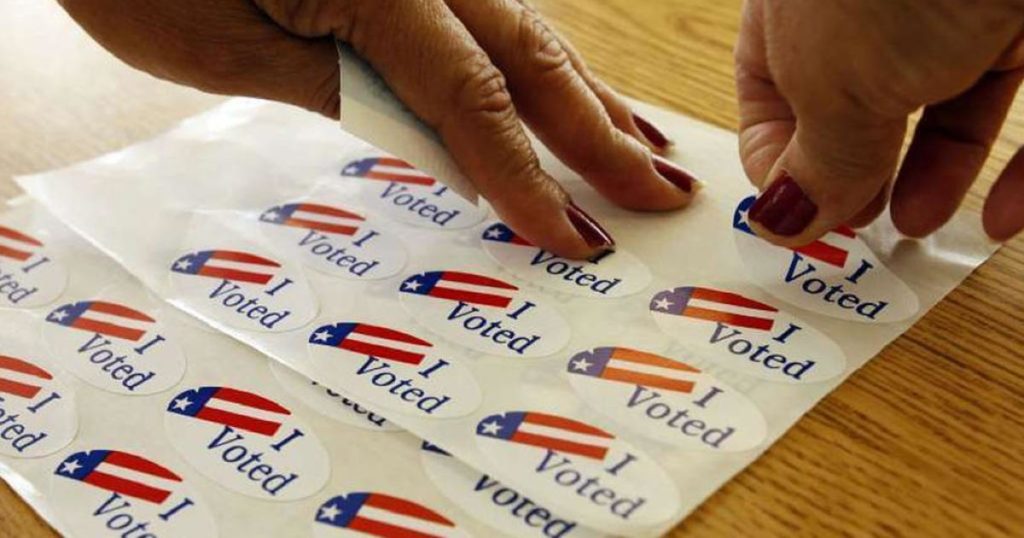 A coalition of civil rights and voting advocacy groups lashed out Friday at Alameda County election officials after poll workers wrongly told more than 150 voters that their paper ballot was only a receipt and that it could be taken home, leading to the votes not being counted.

The mistake, the groups allege, affected voters who visited one or more locations in Oakland to cast ballots in person between Oct. 31 and election day.

“We spoke to some of the poll workers there who were really alarmed,” said Angelica Salceda, an attorney with the American Civil Liberties Union of Northern California.

The voting rights advocates said that some voters who showed up at a polling place on the campus of Mills College during the four-day period were told the ballot marking device they had used was keeping a digital record of their selections on federal, state and local races. In reality, the device only makes marks on a paper ballot, which the voter then must submit to an election official.

Instead, poll workers “incorrectly told voters … that the printouts from the machines were ‘receipts’ that the voters should take with them, rather than official ballots that they should deposit in the ballot box,” representatives of 15 civil rights and voting rights groups wrote in a letter Thursday to Tim Dupuis, the Alameda County registrar of voters. “In general, voters who cast their ballots at Mills College were disproportionately Black, and many of the voters who had been actively encouraged by poll workers to use the [ballot marking devices] were disabled or elderly.”

The voting rights groups said they believed the mistake could have affected as many as 300 voters. In a news release on Friday, Dupuis put the number of affected voters as no more than 160 and said that 22 of the ballots mistakenly taken home had been recovered by his staff.

“So far, the number of ballots that may have been retained is not sufficient to determine the outcome of any race,” Dupuis said in the statement.

But the ballot mistake shouldn’t be excused just because no close contest was affected, said Jonathan Mehta Stein, executive director of California Common Cause.

“Every single voter’s ballot is sacred and [election officials] have a responsibility to protect it,” he said.

Ballot marking devices have been used in a number of California counties for voters who wanted to participate in person rather than by using the ballot they received in the mail. In March, there were sporadic reports in Los Angeles County of voters who mistakenly thought the paper ballot was just a receipt.

Salceda said poll worker training appears to have been a problem in Alameda County. The volunteers who ran the voting locations, she said, should have been told to compare the number of ballots on hand and the number of voters who had checked in at registration tables.

“There’s a reconciliation process at the end of the day,” Salceda said. “We do think there was a failure in terms of training.”

The voting rights groups also pointed to significant delays by Alameda County officials in the distribution of ballot drop boxes, a key component of election plans across California in response to the COVID-19 pandemic. And they alleged persistent training problems when it came to the requirement that in-person voting locations display a copy of the ballot in all required languages — known as a facsimile ballot — so that all voters know a ballot in their desired language is available.

For three days, the letter to Dupuis said, voting rights groups tried to report the lack of facsimile ballots in nine languages other than English at voting locations in the cities of Oakland and Hayward — and only received word of a solution from a county attorney midafternoon on election day.

“While this matter was resolved in a way that was satisfactory enough to avoid litigation, your office’s failure to properly train poll workers exposes a deficiency in how your office runs elections,” the groups wrote to Dupuis on Thursday.

The registrar’s initial news release did not address the criticism of missing display ballots in languages other than English. A revised statement insisted that instructions in multiple languages were posted but that the decision to ensure county voters could vote at any location made it “not feasible” to comply with the state requirement for displays of a ballot in every language.