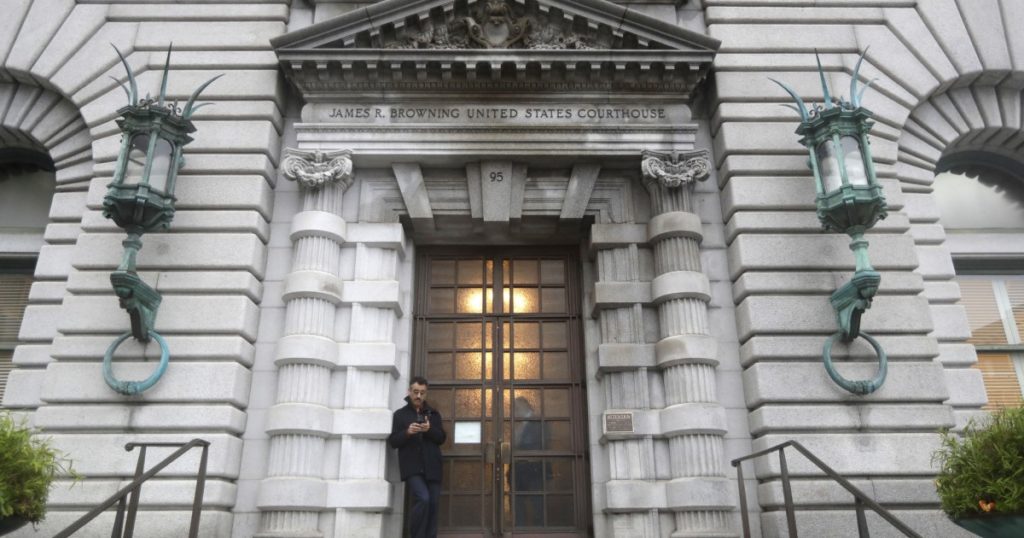 For the last four years, some federal judges postponed retirement plans rather than give President Trump the opportunity to name more conservatives to the nation’s powerful appeals courts.

When Joe Biden assumes office, many of those judges are expected to step aside to allow the new Democratic president to appoint their successors, especially if Democrats regain the U.S. Senate.

The stakes are considerable, especially in the U.S. 9th Circuit Court of Appeals, which decides federal law for nine Western states. Trump’s 10 appointments to the court, more than a third of its active judges, have moved the 9th Circuit to the right. Biden could tilt it back again if his appointments win confirmation, affecting decisions on immigration, the environment, criminal justice and other issues.

All eyes are now on nine active 9th Circuit judges appointed by President Clinton. They are in their 60s or 70s, and some have been waiting for a Democratic president so they can take senior status.

Senior status, given according to a formula based on age and length of service, allows qualified judges to earn their full salaries and work part time but limits their involvement in some of the most controversial cases. Once a judge “goes senior,” in the parlance of the court, the president may appoint an active judge as a successor.

“I anticipate quite a few people doing things to enter senior status,” said one of several 9th Circuit judges who predicted turnover.

The judge, however, added a caveat. “They might want to wait for a Democratic Senate, although I don’t know whether that ever will happen.”

That judge and others who spoke about possible turnover declined to be identified by name, saying they were unauthorized to speak for the court or their colleagues.

Whatever the judges’ inclinations, the outlook for an exodus will depend on which party controls the Senate, said Erwin Chemerinsky, dean of UC Berkeley’s law school.

“I have certainly heard from some of the Democratic appointees that they would be inclined to take senior status with Biden winning,” he said. “But if the Republicans control the Senate, they will want to make sure that the Republican senators will confirm Biden nominees.”

If two Democratic Senate candidates in Georgia win runoff elections in January, the Democrats would have a majority with the assistance of Vice President-elect Kamala Harris.

Otherwise, the Republicans will continue to have the final say on judicial seats and could block any candidates deemed to be liberal, at least until the 2022 election. Twenty-two Republican and 12 Democratic Senate seats will be up for election that year. Typically, the party that does not control the White House makes gains.

“Everything about the judicial nomination process has become politicized in an unprecedented way,” Chemerinsky said. “And it is hard to think about any of these questions except from the political perspective.”

A 9th Circuit judge noted in an interview that “Clinton judges across the country have just been holding on” for a Democratic presidency. They should make taking senior status contingent on Senate confirmation of a successor if Sen. Mitch McConnell (R-Ky.) remains majority leader, the jurist advised.

The judge expressed concern about McConnell “in light of his treatment of Merrick Garland’s nomination, which I thought was a travesty.”

In March 2016, then-President Obama nominated Garland to fill the seat left empty by the death of Justice Antonin Scalia. Garland, considered a moderate, was chief judge of the U.S. Court of Appeals for the D.C. Circuit. The Republican majority on the Senate Judiciary Committee refused to give Garland a hearing, saying the opening should be filled by the president selected by voters the following November. Trump won and filled the vacancy with Justice Neil M. Gorsuch.

Along with blocking Garland, the GOP-led Senate also prevented Obama from filling many judicial vacancies. More than 100 positions remained unfilled when President Trump took office. The confirmation numbers under Obama fell substantially from previous years when different parties controlled the Senate and the White House.

“Both sides have been playing hardball since Obama came in,” said University of Richmond law professor Carl Tobias, who monitors the confirmation process.

A third 9th Circuit judge said politics may determine the number of Clinton appointees who take semi-retirement. “The real issue is going to be the Senate,” the judge said. If Republicans retain the majority, the jurist said, moderate nominees may get through but liberals won’t.

“And it is entirely possible that they [Senate Republicans] may go back to the blocking tactics they applied previously with Obama,” the judge said.

Trump has appointed more judges to the 12 regional circuit courts — just one rung below the U.S. Supreme Court — than nearly every other president in a single term during the modern era. Even as Trump’s term winds down, the Senate is trying to push through judicial confirmations.

As a result, Trump’s imprint on the federal courts will persist for decades. Most Trump appointees are relatively young, male and conservative, and like all federal judges, they have life terms. Trump also has appointed three of the nine justices on the Supreme Court, giving it a 6-3 conservative majority.

While Trump was filling the courts, Republican Senate leadership ended the “blue slip” tradition of allowing senators to veto any circuit court nominee from their states.

That tradition may be revived when Biden makes appointments, Tobias said. If that happened, red state senators would have to approve Biden’s picks before they could have a hearing.

Sen. Charles E. Grassley (R-Iowa) is expected to take over the Judiciary Committee next year from Sen. Lindsey Graham (R-S.C.), but little is expected to change for Democrats. McConnell “calls the shots,” Tobias said.

Given the Republicans’ zeal to fill all judicial vacancies before Trump leaves office, Biden’s ability to shape the court may be limited. President Clinton in his eight years in office appointed 62 judges to the regional circuit courts, but about a third already have taken senior status or no longer serve on the courts. Some Obama appointees also could decide to take senior status during the next four years, and deaths and illness may bring other openings.

On the 9th Circuit, the seats filled by the late legendary Judges Harry Pregerson and Stephen Reinhardt, considered the two most liberal circuit judges in the nation, are now held by Trump appointees. Getting like-minded liberals past a Senate Republican majority probably would be challenging. Among the Clinton appointees qualified to take senior status are 9th Circuit Judges Richard A. Paez, William A. Fletcher and Marsha S. Berzon.

“Would the Republicans let someone replace them with people similarly liberal?” a 9th Circuit judge asked. “I don’t think so.”