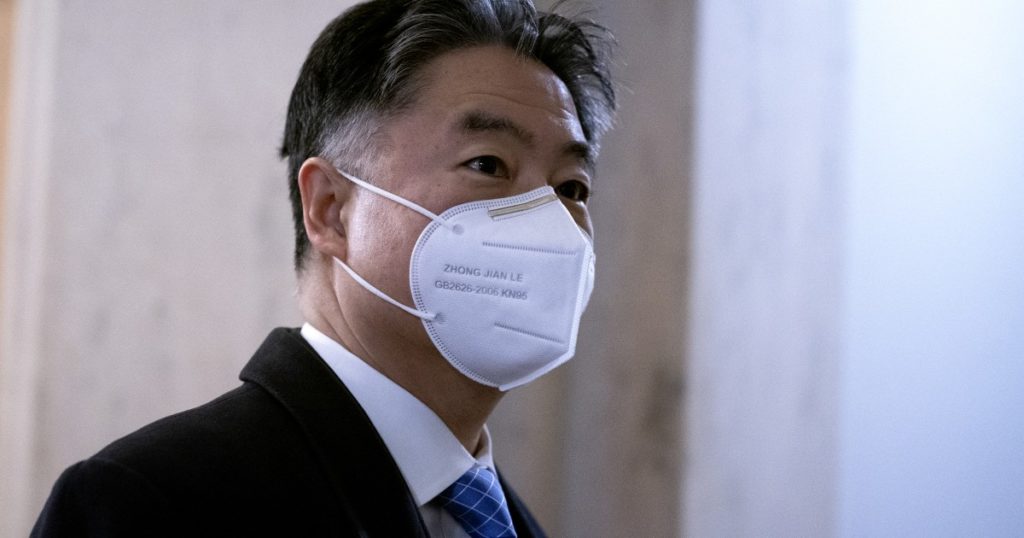 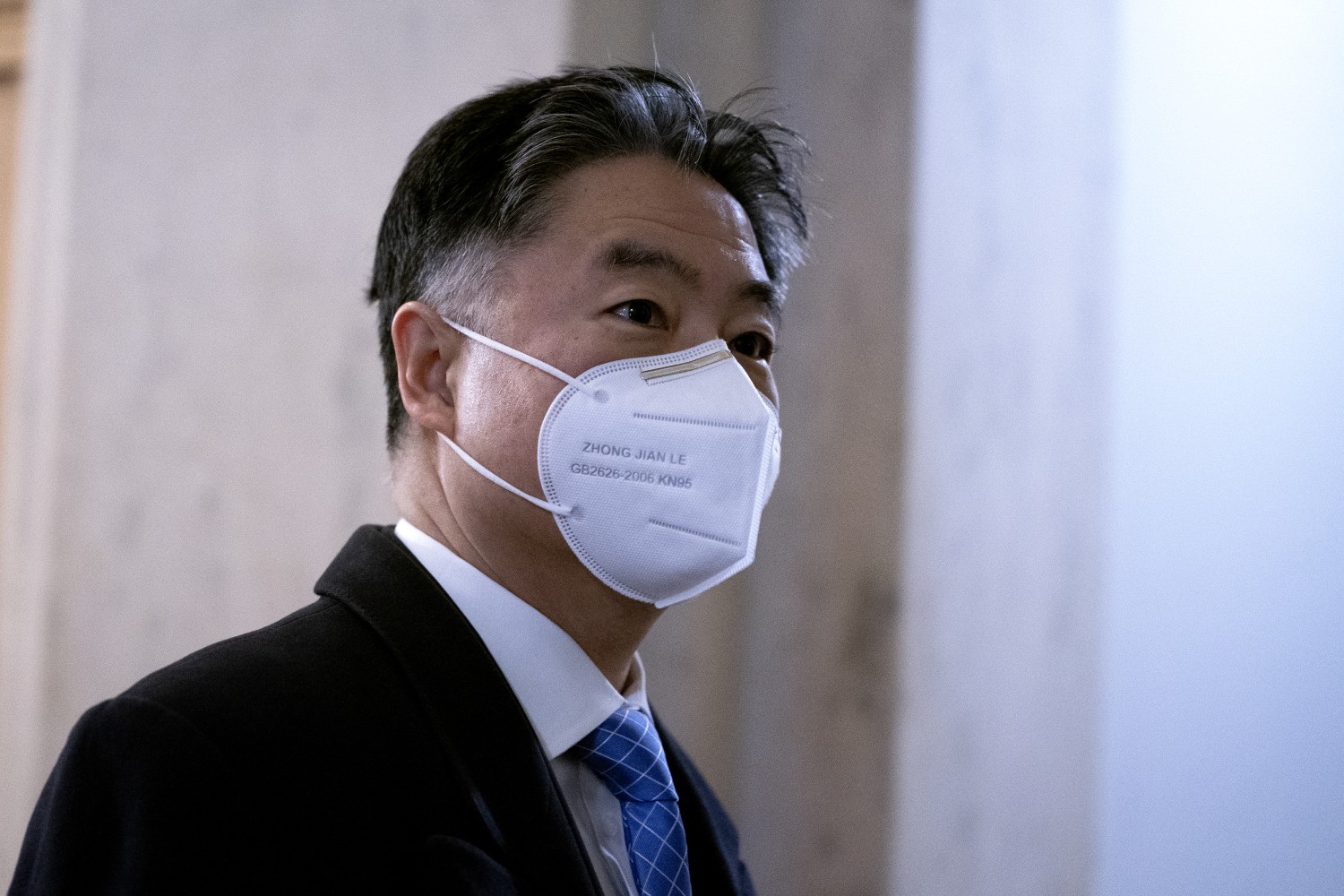 California’s congressional members rank among the most frequent users of a House proxy-voting rule that enables them to avoid travel during the pandemic and have a colleague vote on their behalf.

House Speaker Nancy Pelosi (D-San Francisco) announced Friday that, in consultation with Capitol Physician Brian Monihan, she has extended the ability to vote by proxy until Oct. 1.

When the pandemic began, the House had no plan in place for how to vote during a pandemic. Existing emergency plans largely focused on how to bring members physically together during a crisis when they could not enter the Capitol building.

As airlines cut back on flights, states required travelers to quarantine when they returned and had lockdowns in place in attempts to stop the rapidly spreading virus, the question quickly rose: How could Congress operate if members were stuck scattered across the country?

After weeks of discussion, the House voted in May 2020 to change its rules to allow members to vote by proxy during the pandemic. The Senate has continued to require members to be physically present to vote.

The House rule change caused an immediate uproar. In a federal lawsuit House Republican leaders argued the Constitution requires members to physically be present in order to vote, and that Congress didn’t allow proxy voting during other disasters and emergencies, including the Spanish flu outbreak of 1918 or the Civil War.

But as the pandemic enters its 18th month, both parties now use it to varying degrees. Some members and experts are suggesting that it’s time Congress looks for a way to make it a permanent accommodation in a modern age.

Because of her blood pressure, stroke history and age, Rep. Grace Napolitano (D-Norwalk), 84, said doctors told she is too at risk to travel. She’s used proxy voting more than all but one other member of Congress: 385 times since the rule changed, according to the Brookings data.

Napolitano said she’s anxious to leave her home and return to Washington, but called proxy voting a “life saver” that has allowed her to continue doing her job despite the risks.

“I could be exposed and I don’t want to take a chance. So as long as I’m able to, I will take advantage of the proxy voting and thank the speaker and Dr. Monihan for realizing that it could be dangerous for some of us who have had preexisting conditions,” she said.

At least 70 representatives and senators have disclosed having COVID-19 since March 2020; more than 120 have said they were in contact with someone who had it.

Rep. Ted Lieu (D-Torrance), who had a stent installed in December 2019, said his cardiologist told him he was at high risk. He is also among the top California users, voting by proxy 339 times since the rule changed in May 2020, according to the Brookings data.

“It’s the same vote whether you cast it by proxy or in person. So you’re still representing your constituents on that issue for that vote,” Lieu said.

Earlier in the summer as case numbers dropped and much of life returned to normal, it looked as if proxy voting might come to an end. Monihan, the Capitol physician, relaxed masking rules in mid-June, saying only unvaccinated members had to wear a mask.

Republican leaders urged Pelosi to let it expire in June.

“There is a lot more cooperation, a lot more agreements you can reach when you’re here in person working together then you just can get on a Zoom or WebEx call or just somebody staying at home proxy voting and not coming here to Washington when everyone who wants to can come,” Republican Whip Steve Scalise (R-La.) said.

But the startling resurgence of COVID-19 has brought back mask-wearing and safety protocols across the country, including in the Capitol. Pelosi extended proxy voting, and when members and staff began testing positive again, Monihan again required House members and staff to wear masks, a change that set off an immediate firestorm. Several Republican representatives refused to comply during House votes, risking the $500 fine for the first time and $2,500 for subsequent violations.

In July a federal appeals court threw out House Republicans’ legal challenge of proxy voting, saying it is up to the House to make its own rules.

Rep. Alan Lowenthal (D-Long Beach) has an underlying medical condition that he doesn’t talk about publicly. He has voted by proxy 363 times.

“The rule was written for people like me. The rule was because of a public health crisis and to protect people who were the most vulnerable and who really should avoid getting it,” Lowenthal said. “There were people, especially early, who thought that I was doing this because I could break the rules and get away with it. I was hurt by that. It had nothing to do with not wanting to be here or had nothing to do with not wanting to do my job.”

Lowenthal and Lieu returned to Capitol Hill in July, but were often spotted wearing KN95 masks, even when their colleagues were maskless.

“It sort of depends on what side of the floor I am [on],” Lieu said in mid-July. “Yesterday I wasn’t wearing a mask when I was primarily on the Democratic side, but I do have to go to the Republican side and talk to some members and I feel safer wearing a mask.”

Members have had access to vaccines since December. Although there is no public accounting of member vaccination rates, Pelosi has cited the large percentage of House Republicans thought to have declined the vaccine as a reason to continue proxy voting.

The rule requires House members to certify in writing that they are “unable to physically attend proceedings in the House Chamber due to the ongoing public health emergency.” But there has been apparent misuse on both sides of the aisle.

Nine Republicans used proxy voting to cast votes while appearing at the border with former President Trump in late June. In May, seven Democrats used it while on a trip to Michigan with President Biden.

Brookings scholar Molly Reynolds, who has studied proxy voting since the rule change, found that members of both parties are substantially more likely to vote by proxy on so-called fly-in and fly-out days at the beginning and end of the week, when members travel to and from Washington. Votes on those days tend to be on bills with broad bipartisan support and were generally among the most missed before proxy voting was allowed.

“Many people have criticized proxy voting and I would see it fundamentally as a success in allowing the House of Representatives to continue operating,” she said.

Reynolds said House leaders should look at continuing proxy voting, but limited to specific circumstances, such as for members recovering from a medical procedure or who are spending time with a newborn.

Rep. Katie Porter (D-Irvine), one of the few single mothers in Congress, has used proxy voting 284 times so she can stay in California with her three young children. She said each time the House is scheduled to return to vote she must balance the importance of the issue with the risk that her travel would pose to her unvaccinated children.

“For well over a year after proxy voting was put into place three of the four members of my household were not able to be vaccinated. And they were also not in school,” she said. “I don’t know exactly how I’m supposed to quarantine as a single parent, away from my three children for all those days after I got back. And the reality is, we had members with COVID exposure or with COVID on the House floor or in the Senate floor, virtually every week.”

House committees, which account for a large part of representatives’ work, also loosened their rules to permit members and witnesses to participate in hearings remotely during the pandemic — something proponents hope will continue.

Napolitano led her Transportation and Infrastructure subcommittee throughout the pandemic from home. Porter continued her well-known grilling of executives and agency officials from her kitchen.

“My work in hearings, questioning witnesses, I would put it up against anyone’s, whether I’m doing it from my kitchen, or I’m doing it in Longworth [House office building],” Porter said.