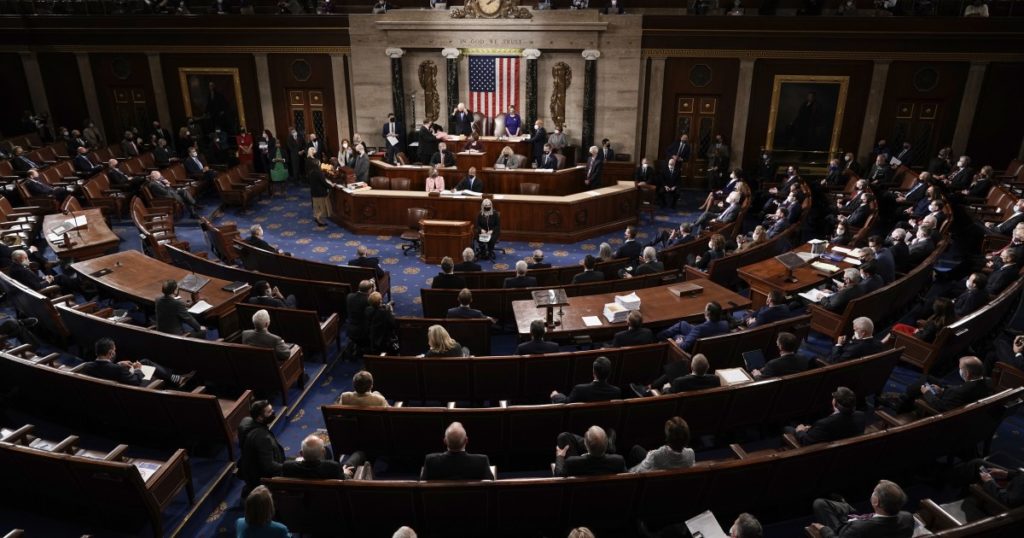 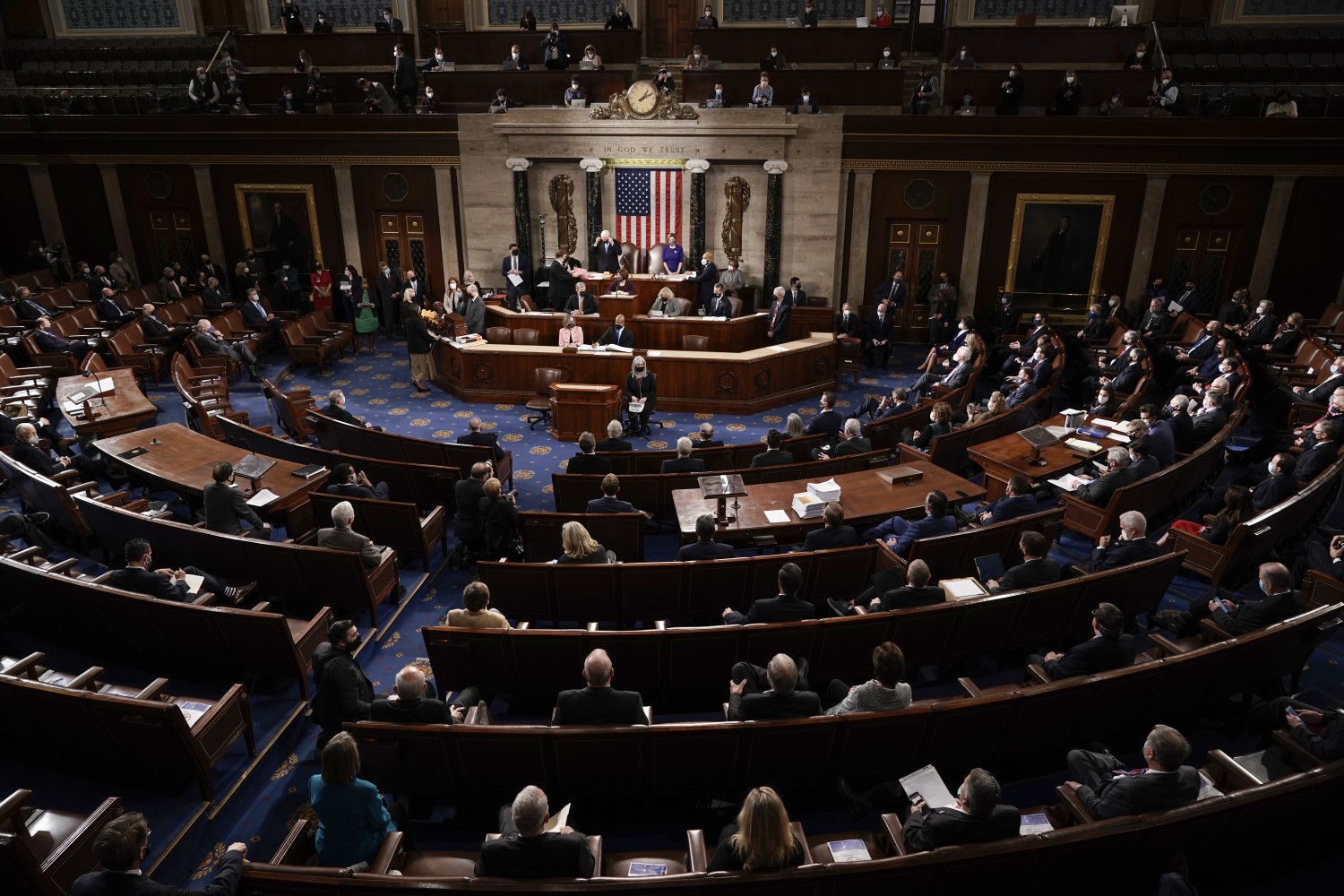 In the aftermath of the Jan. 6 insurrection at the U.S. Capitol, many of the nation’s largest corporations pledged that they would suspend donations to elected officials who opposed the certification of Joe Biden’s victory, hindered the peaceful transfer of power or incited violence. Some said they would stop contributing all together.

The vast majority kept their word, according to reports filed with the Federal Election Commission.

“There was a lot of cynicism around the announcements when they first were made,” said Judd Legum, the founder of the Popular Information newsletter, which focuses on the role of money in politics. But “it wasn’t just empty statements, these filings look different than they would have looked had they not made those statements.”

New fundraising disclosures filed Friday show, however, that several businesses that made the pledge, including Cigna, AT&T and Intel, gave at least $75,000 to 37 Republican members of Congress who voted against certifying the election results and six of their associated political action committees. These companies also gave $45,000 to GOP campaign arms for the Senate — run by an anti-certification senator — and the House, where two-thirds of the Republican caucus opposed recognizing the election results.

During the first three months of 2019, these corporations gave about $2.8 million to the 147 GOP elected officials who later voted to not recognize the presidential election results, and to their associated political action committees.

This year’s vastly scaled-down donations are part of a broader recalibration by business of their role in politics and policy. While corporations traditionally use their money and influence to sway legislation that affects their bottom line, they occasionally veer into less self-interested policy during times of societal upheaval, such as the civil rights or gay rights movements, said Timothy Werner, associate professor of business, government and society in the McCombs School of Business at the University of Texas at Austin.

“It’s really rare for a corporation to do this completely of their own volition,” he said. “It’s almost always prompted by a social movement of some type, or some type of actor that’s trying to use them as a means to achieve a bigger goal.”

In recent weeks, that has led to corporations criticizing a new voter law in Georgia and speaking out against GOP legislative proposals to restrict voting in Texas.

But the Jan. 6 votes on the certification of the presidential election and the riot at the Capitol kicked off the most vocal wave of corporate conscience in recent memory from some traditional GOP allies.

Two months later, the chamber clarified its position, saying it would not cut off support for an elected official based solely on their vote on the election results. The move was widely viewed as giving businesses the blessing to do the same.

The chamber ultimately donated $2,000 total to two congressmen who refused to accept the election results, according to first-quarter campaign finance filings.

A spokesperson for the chamber defended the donations.

“The U.S. Chamber supports elected officials based on their position on issues important to the business community and their commitment to governing. As we have said in the past, we evaluate members based on [the] totality of their actions,” the company said in a statement. “This quarter we were pleased to support Republicans and Democrat members who have demonstrated a willingness to do the hard work of coming together and finding solutions to the problems facing our country.”

A spokesman for the National Assn. of Realtors, which gave at least $33,000 to more than two dozen objectors, said the group changed its mind.

“Following a recent meeting of the RPAC Board of Trustees, our association lifted the temporary pause that was previously put in place on all federal political disbursements,” spokesman Patrick Newton said. “This decision will ensure we continue to engage with political candidates in an effort to support America’s homeowners and our nation’s real estate industry.”

A spokesperson for Cigna said its January policy was never intended to apply to how an elected official votes.

“Our new standard applies to those who incited violence or actively sought to obstruct the peaceful transition of power through words and other efforts. Congressional votes are, by definition, part of the peaceful transition of power outlined by law, and therefore, we believe are not the appropriate indicator for the application of our policy,” the healthcare company said in a statement.

A spokesman for AT&T noted that the company’s employee PACs did not donate to any individual member of Congress who sought to overturn the election results. They did donate to multi-candidate PACs, including $5,000 to one chaired by objector Rep. Mike Johnson of Louisiana, but said they received assurances that the money would not be used to support the campaigns of objectors, spokesman Michael Balmoris said.

“Our employee PACs continue to adhere to their policy adopted on Jan. 11 of suspending contributions to the reelection campaigns of members of Congress who voted to object to the certification of electoral college votes,” he said.

The direct impact on elected officials varies. Some of the most visible and popular in pro-Donald Trump circles who opposed certifying the election results — such as Georgia Rep. Marjorie Taylor Greene or Missouri Sen. Josh Hawley — did not receive a dime from the corporations that pledged to modify their donation activity, but raised enormous amounts of money driven by small-dollar donors. But most did not, according to Legum’s analysis.

“Fundraising surged for a select few of the loudest voices,” he tweeted. “But 2/3 of those who voted to overturn the election raised less than they did in the first quarter of the last election cycle.”

Less famous members of the GOP caucus were not able to make up the difference. Missouri Rep. Blaine Luetkemeyer reported $93,577 in contributions during the first three months of the year. Two years ago, during the same period in the electoral cycle, he raised $325,200, with most of the money coming from corporate PACs.

A spokeswoman for Luetkemeyer did not respond to a request for comment.

Another question is whether there are repercussions for companies that broke their pledges. Celebrities such as Debra Messing are calling out JetBlue on social media for donating $1,000 to Rep. Nicole Malliotakis of New York, and the Lincoln Project, a group of anti-Trump Republicans, launched a petition against the airline.

A spokesperson for JetBlue defended its PAC’s donations.

“Donations from the JetBlue PAC, funded by voluntary contributions, have historically been aimed at efforts to bring JetBlue’s service to more destinations, create jobs, provide affordable air travel options for consumers, and maintain a competitive position in the market. We take a bipartisan approach, supporting both Republicans and Democrats,” according to a statement provided by the company.

Critics of Trump’s behavior since losing the presidency and the GOP elected officials who have backed him argue that all donors should not contribute until the politicians concede that Biden was lawfully elected president.

“Corporations or frankly any other type of donor should withhold until these members clarify that they don’t support the conspiracy that led to the insurrection on Jan. 6,” said Rob Stutzman, a California-based Republican strategist who opposed the former president. “And that means a firm statement that Joe Biden was legitimately elected and that Donald Trump continues to be wrong about the matter.”