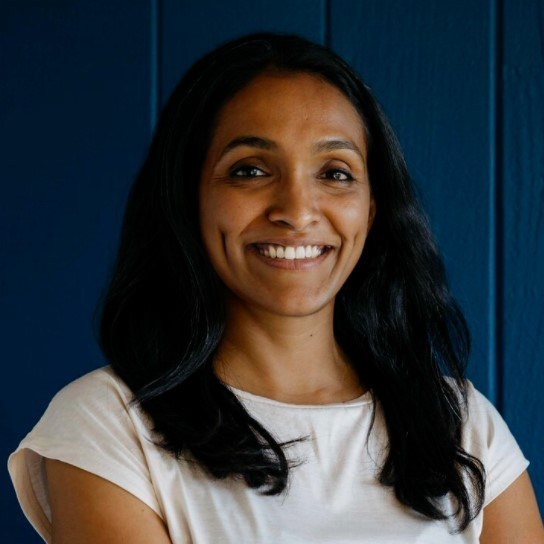 L.A. City Councilmember-Elect Nithya Raman ran an unprecedented grassroots campaign, unseating incumbent David Ryu. Among issues on her broad progressive platform, Raman championed addressing the climate crisis, implementing a Green New Deal, and shifting the ways Angelenos get around – with “protected, dedicated lanes for buses and bikes” and “better street design for pedestrians.” Ryu stood for pretty much the opposite.

There is a lot that L.A.’s fifteen City Councilmembers can do to influence citywide policies, budgets, and programs, but their biggest influence tends to be the control they exert over the streets in their own district. Streetsblog checked in with several L.A. transportation advocates – including CiclaValley, Investing in Place, Los Angeles Walks, and Streets for All – and took a look at Raman’s council district to come up with some ideas on how the newest councilmember might implement her transportation platform.

Below is a list of some possibilities for bus, bike, and walk improvements – though these categories end up being a bit artificial, as there is quite a bit of overlap.

Also note that although Raman is taking L.A.’s 2015 Mobility Plan seriously – in a way that pretty much no councilmember has to date – this list goes beyond that plan in many places. The Mobility Plan paints an important multi-modal vision for the city, but what appears feasible today isn’t entirely the same as what was approved in 2015. Many recent advances – including new bus lanes on Flower Street and Aliso Street and many of the bike lanes installed in recent years – were not in the Mobility Plan.

Too often agencies look to install many miles of bus lane at once, then get bogged down in multi-year environmental studies resulting in long delays, spiraling costs, and watered-down facilities. Short busways can be implemented fairly quickly – and can make a big difference. Santa Monica’s five-block long Santa Monica Boulevard bus lane helps get buses quickly through its congested downtown core. Downtown L.A.’s new three-block long Aliso Street bus-only lane is very effective in addressing one heavy congestion spot. Some key factors that made Aliso Street happen: 1) bus drivers and bus riders asked for it, and 2) Councilmember Mike Bonin brought LADOT and Metro together in a bus speed work group. Raman and the rest of the Council should get behind that work group’s efforts (which lack the political support to install quick-build projects in quick-build time frames) to install new bus lanes in the urban core and strategically throughout the city.

Inside CD4, here are a few higher-ridership bus-only lane segments that may make sense to prioritize:

Make car-free spaces. Where pedestrians share space with drivers, too often drivers take over. L.A. needs car-free spaces. These can be permanent, such as People St plazas. But they can also be temporary, such as CicLAvia open streets events. Temporary closures might be more frequent than CicLAvia, such as recurring road closures in Griffith Park (more on this below).

Take advantage of repaving to implement bike/bus/walk improvements. One promising recent development has been an increase in new and upgraded bikeway facilities on streets being repaved as part of Streets L.A.’s ADAPT repaving program. LADOT and Streets L.A. are already doing this, but missing some opportunities. In the short run, new bikeways can be added  where repaving is already scheduled. This shouldn’t be limited to just bikeways, but also facilities for transit and walking: bus lanes, curb extensions, etc. In the longer run, Councilmembers can prioritize repaving on streets where new busway and bikeways are being installed.

Prioritize bicycling and walking on 4th Street. Under COVID, 4th Street has supported a steady stream of cyclists, pedestrians, joggers, and dog-walkers, including many families. Fourth Street could be even better shared if walking and bicycling were prioritized (this type of facility has various names; the city calls it a bike-friendly street. It is also called a neighborhood greenway or a bike boulevard.) Fourth needs a few new crossing features at places where perpendicular car traffic is heavy, including at Highland and Rossmore Avenues. Treatments there should allow pedestrians and cyclists to cross while preventing cut-through car traffic. Like CicLAvia, this could be the kind of thing that some concerned parties will resist, but then once it’s in place, many come around to loving it.

Expand the low-stress bicycling network. A lot of L.A.’s bicycling and walking takes place on quieter streets, like 4th Street (above.) LADOT is analyzing which low-stress streets are conducive to bicycling and the barriers that interrupt those streets. Councilmembers should work with neighborhoods to tame those barriers – creating a low-stress network, preferably with connections to paths, schools, parks, and transit. Some CD4 streets that probably warrant these sort of improvements include: 4th Street, 8th Street (Miracle Mile), Addison Street, Mansfield Avenue, Noble Avenue (see river connection below), and Orange Drive.

Make first/last mile walk and bike connections to Metro rail. Many CD4 residents are already within a short bike ride of Metro B (Red) Line stations at Hollywood/Highland, Universal, and North Hollywood – if only there were safe convenient ways to go. Some connections that could be important:

Make Griffith Park a great place to bike. Griffith Park, L.A.’s largest and arguably most iconic and most beloved park, prioritizes accommodating rush-hour car traffic. The park does serve bicyclists, who heavily use hilly closed-to-car-traffic park roads. But the park lacks good places for youth and families to bicycle. It’s also difficult to get to the park via bicycle. There needs to be a community planning process, but some relatively quick pop-up pilots might be able to showcase solutions. Some ideas:

Expand river bike/walk paths. Metro has Measure M funding to finish the L.A. River walk/bike path along 50 miles from Canoga Park to Long Beach. The project is anticipated to be completed for the 2028 Olympics. There has not been much progress through the East Valley, though L.A. City has some additional Proposition K park bond funding for that stretch. Council District 4 has about eleven miles of the L.A. River, plus a couple miles of its Tujunga Wash tributary. Paths along these waterways can serve as great car-free spaces to walk and bike. Some work that can get underway fairly soon: