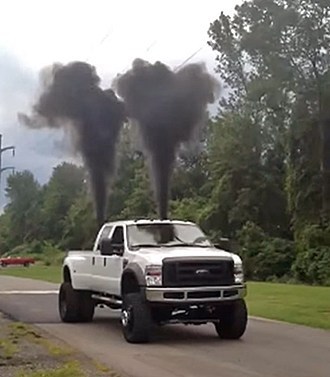 Except during fire season, the improvement in California’s air quality since the 1980s has been stunning. Back then, L.A.-area kids often had to stay in their classrooms all day during ‘smog alerts,’ and summer days playing outside would be accompanied by a familiar ache in the chest and a sore throat. It’s no wonder bicycling was not very popular.

Thanks to continued technology advances and regulations, air quality has vastly improved in many California’s cities. In Los Angeles and other urban areas, ozone and particulates are at less than half their 1980 levels. This may be one reason behind the growing interest in bicycling since 2000 – biking no longer feels like a poisonous activity.

However, the improvements have been less pronounced in other areas. Levels of particulate matter in the air in the San Joaquin Valley may now be worse than on the urbanized South Coast. This may have a lot to do with development, pollution from the oil and agriculture industries, and onshore winds that push air away from coastal areas. But, as many bicyclists know, rural California roads have their own unique pollution source: diesel pickup trucks. While their regional effect on air quality may be dispersed, they sure make a difference in the hyper-local space of a bicyclist on a two-lane road.

Bicyclists know the scene: chugging up a hill, you hear the racket of an unmuffled diesel engine approaching. The driver hits the gas and suddenly you are enveloped in nauseous fumes emitted from a fat exhaust pipe angled right at you.

This does not exactly encourage bicycling.

The New York Times brought attention to this issue in a recent article on diesel modifications that are increasingly common among diesel truck owners. Illegal aftermarket devices disable the trucks’ emissions control technology, and as a result they can emit “astronomically” massive amounts of nitrogen dioxide and industrial soot at street level.

According to the Times, the EPA report has not been publicized by the federal government, and when asked about it, the EPA defended its record on catching illegal tampering. Streetsblog’s Charles Komanoff credits California with successfully addressing this issue, for the most part. “Coal rolling” is not often seen in California, in part because those black clouds of sooty smoke are so easy to spot.

It is true that the California Air Resources Board has succeeded in cleaning up California’s air, but as any road biker knows, they’ve by no means vanquished emissions tampering.

Diesel vehicles in California are generally required to get a smog check every two years, but there are major gaps in these rules. For example, diesel vehicles are not driven on a dynamometer during the smog check, and there is no real tail-pipe inspection. Instead, the smog check relies on the onboard computer, a visual inspection of emission components, and visual checks for modifications and smoke coming from the exhaust.

Unsurprisingly, a subjective visual check is not too hard to pass. California diesel modifiers may try to install inconspicuous or stock-looking parts, include some parts with an EO number – a system used by CARB to indicate legal aftermarket parts – or drive a dirt road before the test to cover the exhaust system with dust and make visual detection harder. The truck’s computer can also be returned to stock calibration before testing, and the display monitor can be temporarily removed. Smog technicians should be able to detect modifications to exhausts pipes and catalytic converters.

The practical effect of all of this is that while California has relatively few coal-rollers, it has many extreme polluters in the form of modified trucks from the 1990s as well as a growing number of more recent models. These modified vehicles emit large amounts of pollution but not necessarily black smoke.

Diesel engines do provide good fuel economy and range, and modifications can add a meaningful amount of power, so some of this popularity is understandable, especially for towing. But the negative consequences are excessive.

It’s also making California roads unusable for people who are not enclosed in glass and steel.

What can rural bikers do when a diesel truck passes beyond holding our breath, wearing a mask, or restricting ourselves to mountain biking? Thankfully, California regulators have proven to be competent and responsive to these problems. Perhaps riders can help out by making some noise:

1) If a vehicle is emitting smoke, snap a picture of the vehicle’s license plate and report it to CARB as a smoking vehicle. At the very least, CARB will send a letter to the owner of the vehicle. You can also report vehicles that are left idling.

2) Contact your state representatives and ask them to look into strengthening smog checks on diesel pickup trucks and passenger vehicles.

We know from the amazing improvements in air quality of the last thirty years that there really is hope on this issue. Thankfully, effective regulatory agencies and the political will to keep improving exist in California. 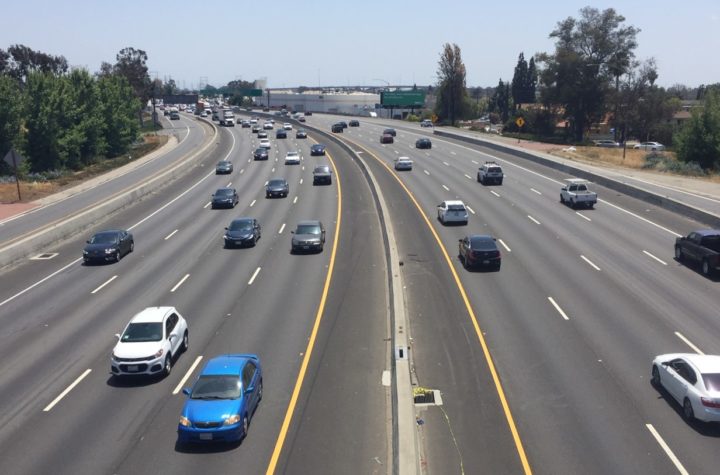 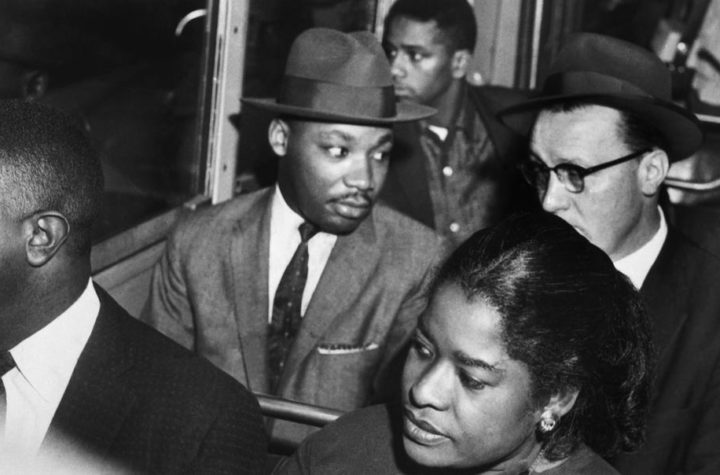