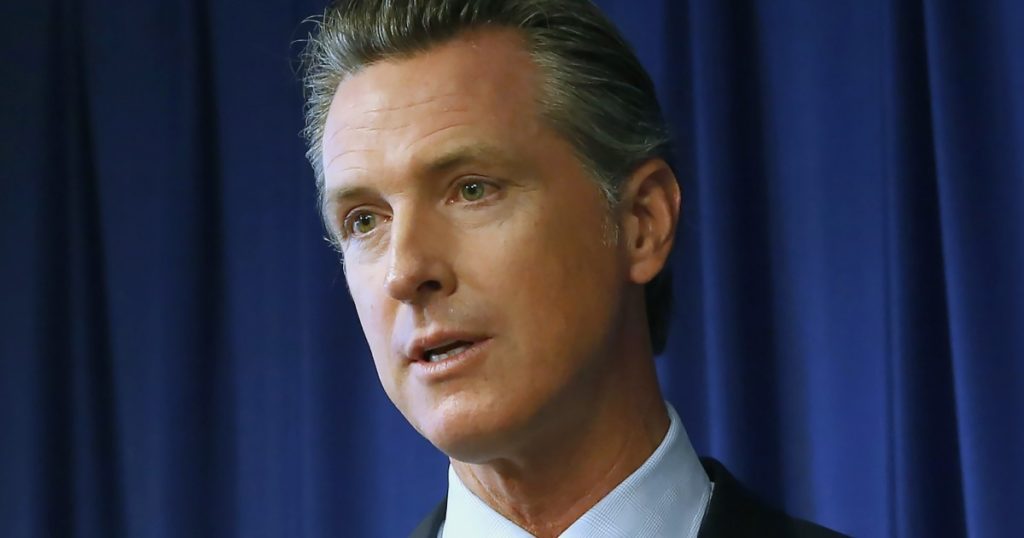 Gov. Gavin Newsom is not likely to ever free Robert F. Kennedy’s killer from prison — nor should he.

That’s just a guess based on Newsom’s stated admiration for Kennedy and the fact that he’s no political dummy.

He also apparently understands that assassin Sirhan Sirhan unforgivably changed American history for the worse, committing a crime against the nation.

If Newsom could announce now that he would never allow Sirhan to be paroled, he’d probably leap at the chance.

It undoubtedly would help him survive the Republican-led recall attempt. Voters are deciding now whether the Democratic governor should be ousted. Voting ends Sept. 14. I suspect they’d applaud keeping Kennedy’s murderer behind bars.

“There is a movement for criminal justice reform that has great support. But are those people going to be upset if Newsom denies parole to the assassin of one of the nation’s top leaders? I don’t think they’d punish him.”

Conversely, I suspect most voters would reward him for keeping Sirhan locked up — and punish him if he didn’t.

But Newsom believes he can’t publicly discuss the case without jeopardizing the validity of a future decision he might make.

But, she added, “the parole decision is still under review by the Parole Board. The governor is unable to comment on this case until it is before him without compromising the legal validity of his decision.”

A two-person panel of the state parole board deemed Sirhan, 77, suitable for release last Friday after he’d been imprisoned for 53 years and his requests for freedom turned down 15 times. That decision will be reviewed by the parole board staff and perhaps the full board itself. They have 90 days.

If Sirhan’s release still has the green light after that, the governor could block it.

Newsom was asked about it at a news conference Tuesday. His answer seems best read between the lines.

“They haven’t formalized the approval so I have been cautious and [will] allow for the process,” he replied.

“Then it comes to me for deliberation. That won’t happen for some time. So, I won’t opine on it except to say this:

To emphasize his point, Newsom added: “So, I hope that gives you a sense of my sentiments as it relates to Bobby Kennedy — in particular my reverence, my respect and my adulation for his family and his memory.”

What I read between the lines is: “Parole for Sirhan? Not on my watch.”

Of course, just because RFK is a hero to Newsom and Sirhan spoiled history doesn’t necessarily mean the governor wouldn’t feel compelled to release him.

Under California law, to be released on parole, a prison lifer must be considered no longer a danger to the public. Asked at his hearing whether he’d ever kill again, Sirhan replied: “I would never put myself in jeopardy again.”

That wasn’t exactly a statement of remorse. But Sirhan at another point said: “Sen. Kennedy was the hope of the world … and it pains me … the knowledge for such a horrible deed — if I did, in fact, do that.”

Neither was that exactly taking full responsibility for the evil act, although Sirhan added: “I’m still responsible for being there and probably causing this whole incident through my own gun or other guns.”

Sirhan, who is Palestinian, now claims not to remember the murder. But he confessed immediately afterward and has many times since, saying he objected to Kennedy’s support of Israel. There was a kitchen pantry room full of people at the Ambassador Hotel on Wilshire Boulevard who witnessed the killing.

California law also says the parole board and governor can consider the crime in judging whether a lifer is unsuitable for release.

When Sirhan mortally shot Kennedy minutes after his victory speech in the pivotal 1968 California presidential primary, he killed the dreams of millions of Americans who were demanding an end to the reckless, wasteful Vietnam War that repulsed the Democratic candidate.

There’s a high probability — actually, no doubt in my mind — that Kennedy’s California triumph would have propelled him to the Democratic presidential nomination at the party’s national convention in Chicago. Democrats would have united behind RFK, five years after the assassination of his brother, President John F. Kennedy. And as JFK had done in 1960, RFK would have beaten Republican Richard Nixon in November.

Instead, the Democratic Party collapsed into rioting at the convention, which nominated the war-backing Vice President Hubert H. Humphrey. The party fractured and Nixon narrowly won.

As the war dragged on under Nixon, roughly 21,000 more Americans were killed in Vietnam. And Nixon’s psychotic Watergate scandal made citizens even more cynical and distrustful of the American government.

Sirhan’s murder of Kennedy traumatized a country already shaken by assassinations and splintered by antiwar and civil rights protests.

I agree with Harvard University Law professor Laurence H. Tribe, who wrote in a Times opinion piece: “Vitriolic as our political disagreements can be, we are a nation bound by the rule of law, not the rule of a revolver.

“By resorting to the latter, Sirhan forfeited his right ever again to breathe the air of freedom.”

Sirhan should die in prison. Newsom most likely agrees.